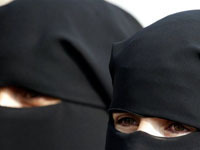 Iran, Iraq and North Korea may have been labeled "the axis of evil" by President George W. Bush but it is Saudi Arabia that is the center of the Satanic universe here on Earth.

President Obama and the hounds from hell in the US Congress and various thinks tanks who seek to send Americans to fight and die in Iran should be targeting their wrath and the US Instruments of National Power at the House of Saud.

Fed incessant propaganda on the dangers of Iranian ownership of nuclear weapons-and still upset about the Shah's fall and the Iranian hostage crisis--Americans have long since forgotten just how brutal, conniving, and dangerous that Saudi Arabia actually is.

And as cunning and wealthy as the House of Saud is-and with nuke heavy Israel right down the street--it seems very likely that Saudi Arabia is in possession of nuclear weapons either provisioned by the United States or, more likely, Sunni Pakistan. Whatever the case, the US has always had the nuke umbrella open over Saudi Arabia. To put a fine point on that for all to see-mainly Iran---during joint exercises between American and Saudi forces in April 2010, the US decided to launch a nuclear capable TRIDENT ballistic  missile from a US submarine operating in Saudi territorial waters.

It is Iran that has eleven operating Jewish synagogues in various enclaves in that country. And it is in Iran's Constitution that Christians and Jews are, by law, to hold one seat in Parliament. At least it is a start. Such activity is forbidden in Saudi Arabia.

The Economist's Intelligence Unit 2011 survey of democracy examined 167 countries based on the effectiveness of a particular government and its citizens to handle an open society with press freedoms and free and fair elections, among other categories. Saudi Arabia placed 161st and was tied with Equatorial Guinea and Myanmar for the honor (Iran was 159th).

The Daily Mail in the UK reported in December 2011 this news: "Textbooks handed out in Saudi Arabian schools teach children how to cut off a thief's hands and feet under Sharia law, it has emerged. The shocking books, paid for and printed by the Saudi government, also tell teenagers that Jews need to be exterminated and homosexuals should be put to death. This is where terrorism starts in the education system...The textbooks were printed for the 2010-2011 academic year and translated from Arabic... Women are described as weak and irresponsible. In one, for ninth-graders, students are taught the annihilation of the Jewish people is imperative. One text reads in part: 'The hour (of judgment) will not come until the Muslims fight the Jews and kill them. There is a Jew behind me come and kill him. If you teach six million children in these important years of their lives, if you install that in their brain, no wonder we have so many Saudi suicide bombers," said one commentator.

Then there is this forgotten gem from February 2002: "RIYADH, Saudi Arabia (AP) - Saudi Arabia acknowledged for the first time that 15 of the September 11 suicide hijackers were Saudi citizens, but said Wednesday that the oil-rich kingdom bears no responsibility for their actions. Previously, Saudi Arabia had said the citizenship of 15 of the 19 hijackers was in doubt despite U.S. insistence they were Saudis. But Interior Minister Prince Nayef told The Associated Press that Saudi leaders were shocked to learn 15 of the hijackers were from Saudi Arabia."

In December 2011, the Daily Mail in the UK reported that "a woman convicted of practicing magic and sorcery has been executed by Saudi authorities. The Saudi Interior Ministry says in a statement that the woman was beheaded today, but gave no details of her crime. The London-based al-Hayat daily, however, quoted Abdullah al-Mohsen, chief of the religious police who arrested the woman, as saying she had tricked people into thinking she could treat illnesses, charging them $800 (£500) per session...In September, a Sudanese man, Abdul Hamid bin Hussain bin Moustafa al-Fakki, was also put to death in Saudi Arabia for sorcery. Amnesty International has called for the kingdom's government to establish an immediate moratorium on executions. The crime of 'sorcery' is not defined in Saudi Arabian law but it has been used to punish people for the legitimate exercise of their human rights, including their right to freedom of expression, the charity said."

Interview with an Executioner

The BBC interviewed a Saudi executioner in June of 2003. It's just business, so to speak." '...[I am] very proud to do God's work.' He does not lose sleep over beheading several people in one day. He said he sometimes shot dead women convicted under Sharia. 'It depends what they ask me to use. Sometimes they ask me to use a sword and sometimes a gun. But most of the time I use the sword.' B

Back in 1998, when he carried out his first execution in Jeddah, he was nervous, because many people were watching. But now he no longer suffers from stage fright, he explained. 'The criminal was tied and blindfolded. With one stroke of the sword I severed his head. It rolled metres away,' he said, recalling his first beheading. He  said his sword was a gift from the government. He keeps it razor sharp and sometimes his children help him clean it. 'People are amazed how fast it can separate the head from the body,' he said. Sometimes he also has to carry out amputations of hands or legs. 'I use a special sharp knife, not a sword. When I cut off a hand I cut it from the joint. If it is a leg the authorities specify where it is to be taken off, so I follow that.'"

Saudi Arabia, with American support, is fomenting religious civil war between the Sunni's and Shia in Iraq, Syria and much of the Middle East region. It was not enough that the United States kicked the middle east ant hill and, in the process, literally destroyed Iraqi society, to include a once flourishing Christian community. Thus the second phase of the second Iraq war continues on as a campaign of internal destabilization to fan the flames of sectarian conflict/civil war in which the adversaries on each side receive funds and support from the USA, Saudi Arabia and other interested governments. The US strategy seems to be one based on destroying annoying cultures from within rather than by overt invasion.

According to Patrick Cockburn writing in a September 2011 issue of Pakistan's The News, "Iranian influence is growing in Baghdad because of the escalating struggle between Sunni and Shia Muslims across the region. The Shia-dominated coalition government in Baghdad is worried that the Sunni uprising in Syria may displace Bashar al-Assad and his regime, whose leaders come mostly from the Alawite Shia sect. The Iraqi Shia also strongly sympathizes with the Shia majority in Bahrain, whose movement for democracy has been ruthlessly crushed by the Sunni al-Khalifa monarchy with the backing of Saudi Arabia and the United Arab Emirates."

US Committed to Lingerie and F-15's

Big news of change came recently from Saudi Arabia. 28,000 saleswomen are going to be hired to work in some 7,300 lingerie shops around the country. "Saudi Arabia on the Cups of Change: New rules say only women can sell lingerie, ending male monopoly," runs the headline in the January 2012 edition of the MidEast News Source. "The move is expected to boost employment for the country's women, even if they still have to be driven to their place of work because the country still bans female drivers...Saudi's top cleric, Grand Mufti Sheikh Abdul Aziz Al-Asheikh, blasted the new ruling for contradicting Islamic law, or Shariah. He warned in his Friday sermon that employing women at shops where they interact with men is a crime. 'The employment of women in stores that sell female apparel and a woman standing face to face with a man selling to him without modesty or shame can lead to wrongdoing, of which the burden of this will fall on the owners of the stores,' the mufti thundered....

Right around the same time as "Saudi Arabia and the Cups of Change" came this story in the Ottawa Citizen: "F-15 Sale to Saudi Arabia Just Part of $60 Billion U.S. Sales of Aviation Capabilities to that Country." Dated January 2012, the article indicates that half of the $60 billion will be in the form of advanced F-15 aircraft. The entire package will help the Saudi's defend themselves in uncertain times,  American government officials intimated.

Really? Defend against what? All the men who are losing their lingerie sales jobs or women who want to drive? To blast to smithereens the majority Shia population in Bahrain, the rebels in Yemen, or the thousands of imported workers who labor in wretched conditions within Saudi Arabia?