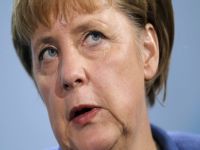 To those who have managed our world economy over the last twenty years, a pat on the back, a hearty handshake and a very yellow smile. Congratu-bloody-lations! A PREMIUM BOOBY-PRIZE FOR YOU ALL.

So, your system was soooo much better than the controlled economy, was it? Then if it is soooo much better, let us take a look and see what has happened. The controlled economic system brought medieval societies into the front line of development in a few generations, affording social mobility and meritocracy, guaranteeing jobs, excellent education and healthcare systems, providing free housing, subsidised or free public utilities, indexed pensions, subsidised or free public transportation, free or subsidised leisure time activities, opportunities in the areas of sport, music, theatre, the arts, guaranteed basic necessities, security of the state and safety on the street.

So let us see what has replaced this. Inside Russia, where the USSR was voluntarily dissolved as per the terms and conditions set out in its Constitution, where a new experiment was chosen after the USSR had fulfilled all of its objectives and far more, full marks for turning the country around within two decades. Outside, let us see.

The audience is the world community, the main players these days being the European Union and the USA. As we look on, what do we have before us? The answer is the theatre of the absurd. This time around, the Europeans cannot blame the Americans, because they have managed to do it all by themselves. Focal point: The EU.

What have they done? They have managed to hijack economies whose equilibrium was based upon thousands of years of trade, financing them not to produce what they were best at doing, creating huge imbalances among the EU member states as whole sectors were destroyed, taking away jobs from the industrial, agricultural and fishing sectors. Within a decade, they have imposed upon these economies (or to be more precise, 17 of them) not only a single currency but also a single modus operandi, forcing a straight-jacket upon them forcing them into all sorts of weird physical and psychological shapes, such as Convergence Rates of 3% (which nobody is able to fulfil) and then, in their collective wisdom, a reduced Convergence Rate of 0.5% (zero point five per cent).

As if that were not enough, they have allowed their credit ratings to be controlled by foreign ratings agencies and now that things have so obviously started to go wrong, they see their external debt ratings skyrocketing, imposing upon them pay-back rates which not only render the Convergence Rates utterly risible, but which put in question the very survival of the economies for the active population unfortunate enough to have had this system so undemocratically imposed upon them in a top-down approach and fundamentally, and put in question the jobs down the line for their children and grandchildren.

So a huge yellow smile for the generation of vapid idiots and their wonderful political class, together with their thousands of advisors and assistants, who allowed this situation to happen.

Let us address ourselves to these European idiots who have managed to get themselves into a situation in which the answer to the questions is "I don't know". So how do you impose a system top-down upon 500 million people and then say you don't know how to solve it? Through incompetence, through a cynical management of economic and social affairs and through sheer and unadulterated hypocrisy. Where were the referendums? When were the citizens of Europe asked? And by whom? By the criminally negligent fools who imposed upon them a system they themselves do not know the consequences of? A US lawyer would have a field day, and maybe it is an idea for us to examine this avenue.

Wasting money trying to keep a dead horse alive is a waste of time. The Euro project was one to implement over 50 to 100 years, not ten, and was one which should have had a bottom-up approach not a top-down one. This means leaving economies alone and not interfering with them, it means not allowing Brussels to take away industries and agriculture and fishing fleets, it means waiting for economies to grow naturally (albeit with some developmental projects implemented) until they have all reached a level at which they can withstand a Convergence Rate of 3%, at least, never 0.5%.

Having said which, what to do now to remedy the ills? Try Eurobonds, because that is the only way the existing system has any chance of surviving, although it may be the death-knell for the German economy in the short term and bring the whole thing crashing down. OK not a good idea for Europe's only successful economy.

Then how about trying a solution from the USA? PRINT MONEY? The Europeans would think that was perverse because it introduces vectors into the free market ideal that are not that free-market in nature. In theory, it is a solution, because if you go on printing money and re-denominating it, your economy grows, jobs are created, taxes are paid. Things spiral upwards instead of downwards and the vortex grows outwards, engulfing more and more people (positively) as long as money is injected into it. Everyone wins, the question is how long the chef can keep the cake rising inside an unstable stove. But the comparison with the USA ends there because the FED is a bank for a Federation; the ECB is... precisely what?

OK Eurobonds don't do it, printing money is an Americanism for the New World but not for the Old (although it works) so then what about a liberalization of the creditor/borrower regime, in which countries are allowed to fix their own rates with their creditors? Like the agencies are as welcome in the financial sector as the agents are in the world of sport.

Peg new currencies during interim periods and introduce developmental approaches with vision and intelligence, allowing the economies to grow and facilitating their repayment regimes, adopting social policies rather than sociopathic ones.

Forget the free market approach, the Liberal Experiment lies dormant at the beginning of the Third Millennium. The question is to what extent State interventionism exists, given that it is obviously a constant factor in any economic equation.