Are we heading towards World War Three? 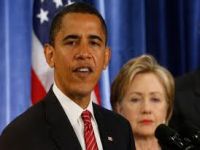 The tell-tale signs are all there. The former status quo which was achieved by a Soviet Bloc able and willing to counteract the more aggressive and belligerent tendencies of those who had been imperialist powers and their allies, gaining riches as they held populations down under the yoke of colonialism, stealing their riches and committing massacres as they civilised the planet with the Bible and the Bullet approach to international relations, disappeared at the beginning of the 1990s.

For once and for all, let us get the story straight. The Soviet Union did not "collapse", it dissolved voluntarily, as catered for in its constitution because a new political, economic and social cycle had begun with different players and vectors and those in Government considered that the old model had succeeded in achieving what it set out to do, namely bring medieval societies into the front line of social, industrial and economic development, providing excellent public services free of charge.

However, a major consequence of this dissolution was the vacuum in international relations caused by the absence of the counterweight against the sinister plans of Washington and her NATO allies, which are only too plain to see. Before the decade was up, in 1998, we had Afghanistan's Mullah Omar being approached with a bribe to set up a pipeline across his country from Central Asia to Pakistan and the game was then on.

The flashpoint was 9/11 and with the Bush regime in place, the game swung into action. Afghanistan was invaded in retaliation, although the link between Kabul and Kandahar and the Twin Towers has yet to be proven, and we now discover that Afghanistan itself is rich in mineral resources, apart from presenting a strategic bridge deep into Central Asia together with a billionaire drugs trade in heroin production and smuggling.

World War Three is not about containing hegemonic ideals, it is not about defeating ideology. This time around, it is based upon greed, the desire to control the world's resources and it therefore comes as no surprise that all the pieces of the puzzle are centred around the epicentre of these resources - the Middle East and Central Asia, removing those powers who would constitute a block. It began after Kosovo, a test of forces, an arm-wrestling contest to see which side would blink first while under the table empty promises were traded, as they have been all along.

It continued with Iraq, invaded illegally and virtually destroyed in the most blatant disregard for international law the world had seen, before Libya confirmed what is going on. It has nothing to do with freedom and democracy, if so then why did NATO refuse to allow the Libyan Arab Jamahiriya to hold a democratic election for the people to choose between the NATO/NTC Terrorists and the Jamahiriya Government?

It has already begun in Iran, with cyber terrorist attacks against Iran's nuclear power capacity, with violations of Iran's airspace and with terrorist attacks inside the country aimed at Revolutionary Guard Officers, military centres and equipment. And for those who doubt who lies at the end of the railway line, the deployment of a part of the Missile Defence System in Turkey will cover a large swathe of the Russian Federation. Remember Washington's hysteria during the Cuban Missile Crisis?

What the West (USA/NATO) is capable of, we have seen very clearly. What we have not seen yet is what exists to counter this Axis of Evil.

Washington's position, smiling to the face yet wielding a knife behind the back, runs counter to the goodwill demonstrated by the Russian Federation when the Cold War ended and when political discourse centred on what the two former foes had in common, rather than differences. How is it possible to have anything in common with a back-stabbing, warmongering murderous group of criminals whose intention is to control the world's resources and whose modus operandi is closer to skulduggery through Colour Revolutions than it is to the norms of diplomacy?

The recent intrusion into the internal affairs of the Russian Federation, funding activists to create problems after the recent Parliamentary election (DUMA) and the insolence and arrogance demonstrated by Washington's Secretary of State, Hillary Clinton, leave it perfectly clear as to the measure of the monster we are facing.

There are, nevertheless, two powerful vectors working against Washington, vectors it has not yet begun to understand. One is the military might of the CSTO and SCO Organizations, covering the Russian Federation, the PR China and Central Asia, essentially defensive organizations, the former of which Iran could join as the first non-(ex) Soviet member.

The other is the collective willpower of humankind which is very much more in tandem with Moscow these days than with Washington, more and more exposed and isolated as a hypocrite and a pariah of the international community, associated more with torture and sodomy than with freedom and democracy, synonymous with massacres and intrusion, arrogance, belligerence, blackmail and bullying rather than with diplomacy, discussion and dialogue.

Moscow stands for the rule of law, Washington stands for breaching it. Moscow stands for world peace and brotherly relations, Washington stands for hegemony at any cost. It is imperative that the members of the world community stand together, close ranks and appeal to those inside the United States of America who stand for collective human values to make sure their leadership, apparently as near to a sinister clique of Satanists and Devil worshippers as it gets, do not manage to bring Armageddon down to Earth.

In the forthcoming election in the USA, the people have a choice to vet out those who pose a direct threat to the future of humankind by bringing foreign policy and clear commitments towards this, into the political agenda. One thing is certain: Barack Obama and Hillary Clinton are not fit to serve. They are a danger to their country, they are a danger to humankind.