Interference in Russian affairs is an act of war 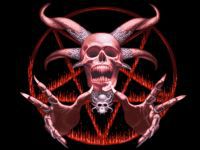 Tomorrow the heroes will stay home

The west, and particularly the United States, are not in the position to criticise the Russian election process, nor are they in a position to criticise the ever popular leader, Vladimir Putin. It is well known that what makes Vladimir Putin so supremely electable are all of his great deeds in restoring Russia to a decent place in the world, with much worldwide respect, fiscally sound and responsible, strong and stable.

Who can compete with that in the bankrupt, hypocritical, international law breaking, war mongering west where you will find no stronger, more determined supporters of terrorism? Can even one leader be found among the lot of them that actually did something for the people in their own country?

Russia is a country with its own time honored traditions, a source of much pride for every Russian citizen. The history, the culture and beauty have no rivals anywhere.

The west is the one who lost everything with the pseudo-conclusion of the Cold War. They can no longer be looked upon in the same manner as before. The curtain fell, the wall is down....the empire is naked, the emperor is naked.

Their Wall Street public relations (PR) firms were selling a highly DEFECTIVE product, the concept of "freedom and democracy" in the west.

Casting a vote is no guarantee that any citizen in the west has anything to say about what their country does, be it in matters of social services to society or foreign issues. All you have to do is look at Yugoslavia, Iran, Iraq, Afghanistan, Libya, Pakistan, Syria...is there any end to the list?

Every time the subject of debt, inflation, unemployment or homelessness comes up...there is money for war and foreign adventures, there is money for subversion in other countries, but none for the people! The people are expected to make up the difference, endure pay cuts, more taxes, greatly diminished social services and loss of personal security, totally. There are no guarantees of anything in the west, besides the right to DIE.

And then, if you're a soldier committing war crimes, you might end up in the city dump in a mass grave, as was recently reported about some US casualties. This is your disposable society, everything and everyone is disposable.

Are you sick and have no insurance? Die! You have no money for the electric bill? Freeze! You cannot pay your mortgage because you lost a job that was shipped overseas? Sleep under a bridge! Or better yet, die!

Meanwhile, your western government is paying agitators and terrorists to bring down the legitimate governments in other countries. Paying the slime of the earth to destroy what was built with great sacrifice.

Besides the big mouths of freaks like Hillary "War Zone" Clinton and John old timers' disease war monger Mc Cain, many fraudulent videos were made prior to the elections where they tried to pass them off as filmed on election day - utter complete fakes! In one video in the western media, they forgot to change the date on a wall calendar from November 25 to December 4. One prominent media source showed scenes from Greece and told the viewers they were seeing scenes from Moscow while observant viewers noted the difference between the Greek and Russian alphabets as unmistakable.

Such obvious interference in Russia's internal affairs, according to international law, is an act of war.

There is no more despicable creature on this planet than those who destroy the heritage and sacrifices of their land for the filthy promise of payment, 30 pieces of silver. As people could tell such rot-brained money grubbing traitors, from the countries listed as the victims in this space, you don't know what you've got until you lose it.

Attaching oneself to a collapsing empire is totally unhealthy for freedom, security, peace and well being. Neither is making a monkey of oneself by chanting dictated, rehearsed, canned phrases for pay.

Just examine the situation of countries that used to be part of the Warsaw Pact who now find themselves destitute, disadvantaged, poor, powerless, and especially...disillusioned...there is no shortage of such people, just do a little research and don't believe the western corporate media.

Speaking of the media, it has been soundly shown that "freedom of the press" shouted, proclaimed and put forth as the ultimate freedom, DOES NOT EXIST IN THE WEST.

On the other hand, not once has anyone ever interfered with what we say here in this space. The western corporate media is in complete and total lockstep in promoting the western war machine's disinformation.

Russians have always been able to survive and make unprecedented progress within the framework of patriotism, loyalty and determination.

Is there one single US or western politician that has been elected from among the ranks of the people or are they all carefully selected, screened and of course rich and dishonest in order to get elected? Do they act for the people or do they act for the rich, the privileged, the corporations, the lobbyists, the elite...those that find it necessary to wage war in order to collect spoils?? Clearly they are chosen by MONEY, and nothing else.

Ask people like Cynthia Mc Kinney, Dennis Kucinich, Ron Paul and generally the Green Party and other third parties how fair the US elections system is and how the ordinary citizen has nothing to say about who gets to be put on the ballot or be elected there. Can we discuss hanging chads and the Diebold frauds in Florida and Ohio?

The grass is definitely not greener, in fact there's no grass at all over there, only WEEDS.

Today was marked as Heroes' Day in Russia. Never forget the heroes and the sacrifices they have made. It is much better to try and be worthy of that heritage than to aspire to something intrinsically EVIL, a shiny white tomb with nothing but dead men's bones inside.

Perdition is the only thing obtained from making deals with the devil. Ask any number of players, Sadaam Hussein comes to mind as one obvious example. Judas is another example, things really went well for him.

Actually it is the epitome of stupidity to make deals with a bankrupt hand, is it not? Those accepting the filthy lucre should put down that drink, that drug and realise the responsibility for the country is in the hands of each citizen.

Russians not only defended and liberated themselves, but liberated other countries, too. In the early 19th century, the Russian army defeated Napoleon. Fighting a war against the Turks fifty years later, the Russian army liberated the Balkans. During the Great Patriotic War, the Soviet Red army defeated Nazi Germany and Hitler and thus saved the world from the fascist plague and Nazism.

Now the spectre of Nazism and fascism are back, embodied in the west. Something as demonic as the pits of hell, making human sacrifice in exchange for resources...who needs to buy into the utter filth and deception they are selling? It is dirty, unholy...

And a word to the eurotrash eurocrats, nobody but nobody elected you, so best keep quiet. You already have enough innocent blood on your hands for which you will pay dearly, one way or the other.

The west has utterly miscalculated Russia, neither do they understand her. Neither do they show her the proper respect as is due for countless, infinite reasons. That will change with Vladimir Putin and United Russia. What began as utter success will continue as a bright future for all Russians..

The agitators, the tweeters, the Twitters and facebook monkeys can all go to hell...trying to stir up color revolution. Let them cram it where the sun don't shine. You too, HELLary loud mouth, frustrated man wanna be, incompetent know nothing.