Open Letter to the EU Heads of State and Government 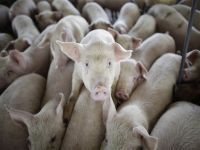 As the Old Boys' Club which has become the Merkozy space gets set to meet again on Friday and as the Dynamic Duo get ready to lecture the obedient schoolboys and girls sitting in nice straight rows, DWD Cameron flexes his muscles, paces and coughs in the wings. Don't hold out too many hopes - the spineless jellyfish will fold like a house of cards.

Dear Heads of State and Government of the European Union,

As you get set to once again side-step the democratic institutions you were elected to represent, as you once again in your collective pig-headed sheer and unadulterated arrogance ready yourselves to sell the 500 million citizens of Europe down the river, taking decisions over our heads, imposing currencies on us that we never asked for, destroying our industries and fishing sectors and agriculture, reducing jobs down the line for our children and grandchildren, adopting pan-European strategies in which Brussels can "punish" a country for not obeying the rules, you will not even spare a thought for us will you?

In fact all that has been going around your vapid and empty heads is stupid Euro soundbites, like "The Progress of the (Portuguese) people in the European Economic Space", as you practised laboratory policies and thrust them upon five thousand years of collective history in which each and every idiotic experiment to create a Federal State out of a (wonderful) hotchpotch of nationalities and cultures and identities, where in places the language and traditions change every fifty or so miles, failed. More often than not, disastrously.

The last five thousand years of history have taught us to stand side by side as friends, working together as brothers and sisters but fundamentally respecting these differences, something which you people, in your collective stupidity, have wholly and totally failed to do. And what have you and your friends done?

Well, you have done very well for yourselves, haven't you? You have created several echelons at the European level which will easily absorb failed politicians at home, so those who cannot make it in Stockholm or Berlin or Lisbon can gravitate between Strasbourg, Brussels or Luxembourg earning a lot for doing very little, except for ruining the Continent for the rest of us, who never voted for these faceless wonders. Charles the Rash of Burgundy would not believe his eyes if he teleported himself 500 years into the future, for the Duchy he led to destruction and assimilation by his enemies through his own rashness and impudence now rides roughshod over the rest of Europe.

And the rashness and impudence continues. While you created these jobs for the boys and girls, you also created surreptitiously the European Youth Parliament for your kids. Nice one, how much am I paying for that? And for those who think the Euro Institutions are three, take a closer look - there are literally dozens of them. NOW we start to see why they are getting so desperate to hold this ridiculous idea together.

And how much am I paying for you to destroy this Continent before my eyes? Why did you pay farmers not to produce? Why did you order them to bury their crops rather than sell them or even give them away? Why did you finance the decommissioning of fishing fleets? Why did you destroy our industries? We know very well why.

And here it is: What Hitler failed to do through arms, a disgusting clique of specialists has managed to steer the project through by using deceit and cynicism as your policies were forced upon the people usually without Referendums but then if they did exist, the wording was changed to "Plan A you lose, Plan B we win". And this loathsome troop of opportunists did it because of the cowardice or connivance of those traitors who sold their people's interests down the sewer, either knowingly or because they were too arrogant and short-sighted to see what they were doing.

The rest of you follow suit, declaring as you go to these Summits that you will go there with an open mind and a flexible approach, meaning that you will nod obediently and say "Thank you sir!" and "Thank you Ma'am" when Sarkozy and Merkel bark orders at you, tell you to shut up, listen and do as you are told, because have you noticed who controls Europe's agriculture and industry sectors these days?

Nobody asked for this, nobody wanted that stupid single currency, the Euro, nobody wants Brussels telling them what to do and punishing them for what they did not do, and anyway guess who gets punished? Is it the moron who signed the paper representing his people, or is it the people themselves?

The only way out is to go back to where we were before Maastricht, before you all got caught up in that puerile wave of euphoria slapping one another's backs in an orgy of Euroglee as you created Lebensraum for German industries. If I am supposed to perform as a German does, then give me a German salary and create equal conditions in the economy into which I am inserted. You cannot have it both ways - your Federal State is something which would have to be created over many decades and with intelligence, only after the vast majority of the European States enjoy the same economic vectors.

The people of the European Union did not want the Euro and we do not want the Fiscal Union, we do not want Europe to come closer together, we want it to move further apart. If any of you knew what you were doing, and from your stupid comments "nobody knows" we see that you do not, then you would be aware that the way forward is not to reiterate the same stupid catchphrases and implement a failed policy but to foment development by allowing economies to be competitive again and that means allowing their industries to flourish (instead of destroying them) and allowing countries to use the leverage of their own currency.

What could and should be done in the name of the people of Europe will not, simply because you are collectively a bunch of sickening opportunists, at worst and pith-headed, pea-brained incompetents, at best.

The in-house cabaret entertainment on Friday will be watching Cameron the Chameleon turn himself into all sorts of weird and wonderful shapes and colours as he extricates himself from promising his people a referendum, which they, and the rest of Europe want.

The bottom line is we, the people, do not want your Eurospace. Get it?

Photo: AP, my apologies to pigs...