Reputation of Council of Europe at stake 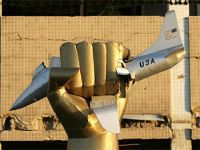 Those who followed and admired the Council of Europe suspect that in the middle of its reform, this Organization became impotent. Instead of achieving a stronger role to become a true warrior for human rights, democracy and the rule of law in the international arena, it became just another impotent bureaucratic institution unable to deal with questions such as what its members are doing outside borders of Europe.

The Council of Europe was founded on 5 May 1949 just after WWII. The oldest European institution seeks to develop throughout Europe common and democratic principles based on the European Convention on Human Rights and other reference texts on the protection of individuals. It is composed of Parliamentary Assembly and Congress of Local and regional democracy with representatives from all 47 member states. One of the bodies of Council of Europe is European Commission for Democracy through Law also so called Venice Commission and an independent body European Court of Human Rights.

The primary aim of the Council of Europe is to create a common democratic and legal area throughout the whole of the continent, ensuring respect for its fundamental values: human rights, democracy and the rule of law. The European Convention of Human Rights and its ratification is a prerequisite for joining the Council of Europe. It was adopted in 1950 and entered into force in 1953.

More than 200 conventions are a part of the Council of Europe legal framework. They are legally binding agreements with which a member state is obliged to comply once it has signed and ratified them. At the same time countries with observer status are: Holly See, Canada, Japan, Israel, Mexico and United States.

The top priority of the Council of Europe is to protect human rights, pluralist democracy and the rule of law. But after all that has happened in the last decade, the constituencies of Europe are left speechless for something went utterly wrong and here it shall be clearly shown what.

The ones who follow the work of the Council of Europe and the ones who admired its work cannot fight the feeling that in the middle of the reform of Council of Europe this Organization became impotent. Instead of achieving a stronger role to become a true warrior for human rights, democracy and the rule of law in the international arena, the Council of Europe became just another impotent bureaucratic institution dealing with less important issues rather than with burning questions like what its member states are doing outside borders of Europe. Has anyone asked themselves if hereto counties undermine the efforts, reputation and achievements of  the Council of Europe in general?

How can anyone justify the hypocrisy of Belgium, Bulgaria, Canada, Denmark, France, Greece, Italy, Netherlands, Norway, United Kingdom, Spain, Sweden, Turkey and Romania? In Europe they are obliged to respect human rights, democracy and rule of law but what about their accountability while participating in NATO aggression as listed below:

Even though in the above-mentioned countries economic crisis resulted in lack of funds for health and social services, unemployment and increase of taxes, they still have the funds to finance war. How odd?

Let us go even further and see what was destroyed while "protecting civilians" in Libya as well as in key areas of Council of Europe, i.e. human rights, pluralist democracy and rule of law by date:

Or shall we go back in time and see what happened in Kosovo. "More than 80 Orthodox churches have been either completely destroyed or severely damaged since the end of the war. The ancient churches, many of which had survived 500 years of Ottoman Moslem rule, could not survive 8 months of the internationally guaranteed peace. Regretfully, all this happens in the presence of KFOR and UN[1]."

Even today, Serbs and Non-Albanians in Kosovo are just like clay pigeons under the so-called protection of KFOR. Statistical data on ethnic cleansing since KFOR came to this region look worse than a large-scale natural disaster aftermath. Not to mention violation of UN Resolution 1244 on a daily basis.

In Libya, a country which had the highest rates of human rights and development, the member states of the Council of Europe helped in organizing, instigating, assisting or participating in acts of civil strife or terrorist acts within territory of Libya directed towards deterioration of human rights and change of regime. How else can we explain introduction of Sharia law? Women's rights were protected by the former Constitution of Libya, but member states of Council of Europe which participated in NATO aggression in Libya with their military, political and mass media campaign did their best to erase any hope for better future.

There is even proof that organizing, instigating, assisting and participating in acts of civil strife is institutionalized in the manual Special Forces Unconventional Warfare. Shall we go on?

One might call this vandalism with a mission regardless of the continent in which it happened. At the same time the Council of Europe criticized Russia for banning a gay parade or even worse, the inability of Bosnia and Herzegovina to implement judgment of ECHR in the "Sejdic Finci" case might result in suspension of its membership in Council of Europe.

Does this mean that killing of innocent children, civilians and disabled persons by member states of the Council of Europe in spreading human rights, democracy and the rule of law by bombing, financing terrorism and aggression is eligible and justifiable and inter alia shall not be addressed in the Council of Europe whereas a gay parade in Russia or the implementation of judgment in the "Sejdic Finci" case in Bosnia and Herzegovina are of utmost importance?

As it seems no-one even bothers to recall the judgment of The Republic of Nicaragua v. The United States of America..This was a 1984 case of the International Court of Justice (ICJ) in which the ICJ ruled in favor of Nicaragua and against the United States and awarded reparations to Nicaragua. The ICJ held that the U.S. had violated international law by supporting the Contras in their rebellion against the Nicaraguan government and by mining Nicaragua's harbors. The Court found in its verdict that the United States was "in breach of its obligations under customary international law not to use force against another State", "not to intervene in its affairs", "not to violate its sovereignty", "not to interrupt peaceful maritime commerce", and "in breach of its obligations under Article XIX of the Treaty of Friendship, Commerce and Navigation between the Parties signed at Managua on 21 January 1956."

The findings of the court are applicable in any similar situation and in any similar case, like Serbia, Afghanistan, Iraq and Libya. So, this means that the above-mentioned member states of Council of Europe beyond reasonable doubt regularly, willingly and intentionally violated international law. To get a clearer picture please note the article "Will the ICC react?". http://english.pravda.ru/opinion/columnists/16-11-2011/119646-indictment_second-0/

One cannot always be politically and diplomatically correct and from time to time one just has to look straight in the eyes to see the Truth, whether he/she likes it or not.  At the same time, one has to show the strength by defending rights and values. One may say that the Council of Europe has no such mechanisms to impose anything. That is quite understandable, for an Organization which defends human rights, democracy and the rule of law should never ever be politically involved in anything because those rights have nothing to do with politics. Those rights are a question of humanity, one cannot trade them nor calculate them.

When reputation is at stake, it is honorable and dignified to withdraw the signatures from signed memorandums of understanding and to declare them void rather than to silently watch destruction of work done in the last 60 years, or to be a silent participant in crimes and atrocities against humanity. Please spare us of futile excuses, do not even start, we have heard that one before.

There is always a way, it is only a question of will and innovation.