Justice and Respect, Chaos and Armageddon 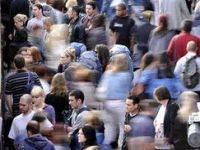 The "arrest" of Saif al-Islam al-Qathafi and the ensuing squabble over his "trial" is but the latest episode in one of the saddest stories posterity will tell on the collective state of the human race at the beginning of the Third Millennium, namely a study in evil, a total lack of principles and morals and an absence of human decency.

For those who do not believe in the existence of the Devil, welcome to the first decade of the Third Millennium. It started with 9/11, as callous and cruel a demonstration of sheer evil the world has seen since the Second World War, it continued with Iraq, where lies and greed paved the way for an illegal war which destroyed a sovereign State and up to a million people were murdered, it rages on in Libya, where every rule in the book was broken by NATO and the terrorists it supported... not to forget Afghanistan where ten years on, the might of the Great Alliance continues to fight a losing battle against 18,000 farmers wearing turbans.

Or should we say the Great Alliance of Evil, the darkest forces the planet has seen since Hitler's Nazi regime? Where past generations strove hard to create a world based upon the rule of law and justice, trying to tie together societies in which people could grow and develop in peace after years of chaos, the first decade of the Third Millennium has seen the rule of and respect for the law collapse as the human race has its throat gripped by a monster called corporate greed which now dictates the lives and policies of the NATO member states and whose victims are developing countries with resources who cannot defend themselves.

Before Westphalia (1948), a series of treaties signed in 1648, ending the Thirty Years' War and the Eighty Years' War, people living outside the main cities in most of Europe never knew what the next day would bring. Marauding bands of thieves roamed around the countryside, either actively engaged in a war or else looking for one and treating personal property as war spoils whether it was gained during a formal regime of conflict or not, meaning that people in rural communities could lose all their crops and livestock, womenfolk, children, homes and lives at any time of any day. Extreme insecurity was an endemic way of life.

If Westphalia was the beginning of a process to install respect for the law and political stability through the recognition of the precept of Sovereignty of a State, and if there were many tests along the way, then the Helsinki Final Act in 1975 was a reiteration of the principles of Westphalia and a commitment to peace. Basically, it was an opportunity for Humankind to practise at the national level what we are taught to respect and follow at a personal one through our main religions: do not kill, do not steal, help one another.

These principles our beloved leaders tell us to follow yet how many of them practise what they preach, at least as far as NATO countries are concerned? And now having broken the UN Charter, the UN Resolutions governing the case in Libya, the Geneva Conventions and every fibre of human decency, NATO and its evil terrorists show off Saif al-Islam al-Qathafi like a trophy and argue about where he is to be tried?

For what? Standing up like a Man and defending his country against terrorists and foreigners? What about those allahu akhbar-chanting racist maniacs going around committing murder, acts of terrorism, arson, raping women and girls, torturing young men and boys, stealing, pillaging and looting, slashing the throats of Negroes in the streets and committing ethnic cleansing?

These are the innocent ones and Saif al-Islam is guilty? Of what?

In today's world, it comes as no surprise that creatures such as Cameron, Hague, that revolting little Napoleon and the huge disappointment, the false, two-faced and cynical "Nobel Peace Prize" winner Obama can stand up, look the people in the eye and applaud themselves for "having done the right thing". Such self-congratulatory nonsense is to be expected from war criminals and those behind the most blatant flouting of international law since Auschwitz, Belsen, Dachau and Treblinka.

Two indictments have been served against these apologies for human beings in this column. As the clock ticks, we are waiting for the courtesy of a reply. Gone are the noble precepts of yesteryear upon which we were brought up. Gone is respect for the law, for property, gone are the religious principles about killing, gone is the quality of honour and honesty. Lies, bullying, blackmail and belligerence have replaced diplomacy, dialogue and discussion as the tools for international relations.

Those who control and conduct foreign policy, at least in the NATO countries, such as Britain, where the last five Prime Ministers have been involved in 9 (nine) wars (Malvinas, Northern Ireland, Gulf War I and II, Bosnia, Kosovo, Sierra Leone, Afghanistan and Libya), have a lot to answer for. Do not worry, they will spend the rest of their days on this planet looking over their shoulders being heckled as war criminals whenever and wherever they dare to scuttle off an aircraft and posterity will make sure their names are relegated to the blackest annals of history for the rest of eternity. These are not God-fearing people, they are demonic and despicable monsters who have made sure that every grain of goodness was ground into the dirt.

It is certainly time for a new order based upon time-tested principles of honour, integrity, decency, honesty, respect for the human person, respect for human rights, tolerance and inclusion, the policy being development and not deployment in a world in which we practise what we preach and live like brothers and sisters along the shores of our seas.

Those involved in this outrage in Libya do not belong to this community, nor are they welcome to it. They deserve to be cast away to a distant island inhabited by wild beasts and surrounded by sharks with a few water tanks and boards for them to enjoy their demonic notions of entertainment.