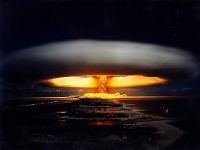 The peaceful, the virtuous, the productive and the giving are hated, ridiculed and murdered. The sweetest, most fragrant rose must be crushed and the falling petals trampled asunder.

Is it true that the world pretends to admire these types of people, but in reality, it hates them?

As was pointed out in this space previously, we have entered a new Dark Ages. That means the rule of the jungle, dog eat dog, no accountability for the worst crimes against humanity and making false accusations with impunity.

Meanwhile, a brave, determined, uncompromising group of freedom fighters, a resistance movement, is doing its utmost to reverse this trend. The powers that be are trying not only to physically exterminate them, but to kill them with silence, acting as though they do not exist.

But they do exist and they exist in Libya, fighting not only for the freedom of their own land, but for all of us. The globalist fascists would rather kill us all than to allow this ray of hope and light to emerge for all to see.

What kind of a system depends entirely on lies and censorship? On telling things backwards...? On murdering all traces of opposition?

Most people will sit on their huge backsides, throwing popcorn down their faces in front of the stinking electric Goebbels box, being told what to think, what they are permitted to know and what they should buy next for their gluttonous pleasure.

It is worse than George Orwell's worst nightmare. The Fourth Reich and globalist world fascism continue their predatory march. What really pours salt into the wound is all the pretense being employed by those forces:

the pretense of "protecting"

the pretense of "democracy"

the pretense of "freedom"

and most insidious of all:

the pretense of "righteousness"

We live in an age of cookie cutter people. In days of old, we looked up to certain people either as heroes or role models. Each and every one had something special and distinctive about them. But nowadays that is almost overwhelmingly not true.

Ah well, "And if the secret button is pressed because one man has been out-guessed, who will answer?"*

The dogs of war are totally out of control, unleashed and hungry for their next victim. The Pandora's box is opened and the demonic filth prowls the earth looking to devour the innocent in the most hideous, barbaric fashion.

When terrorists make up a government, practicing ritualistic murder in the name of hell itself, killing with delight and relish those who dare to object, we can see the writing on the wall.

Time to look for the 1 million SPF sun screen and a nice deep cave in a remote area. This most likely will not end well unless some great figure and/or movement will raise us up from the bowels of hell in which we now dwell. Who will answer?

*Ed Ames, Who Will Answer