Human Development Index: At what cost?

Human Development Index: At what cost? Part I 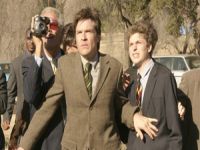 The latest annual UN Human Development Report has been released, bringing both very encouraging news and extremely worrying reminders that the future of our planet lies firmly in our hands - and there are clear indications that we are losing the battle. On one hand, Human Development Indices are improving rapidly but human activity in turn threatens to reverse these gains.

The annual UN Human Development Report for 2011 is entitled Sustainability and Equity: A Better Future for All. Starting with the good news, it states that The Human Development Index (HDI) in poorer countries has shown dramatic progress, namely that over the last four decades there was an 82 per cent increase in the Indices of the countries in the lowest 25% of global development rankings. According to the report, this trend, if continued, would see the majority of countries enjoying the HDI indices of the countries ranked today in the top 25% by the middle of the century.

However, the flip side of the coin is that the report links human development very closely to effects on environmental sustainability: "Environmental deterioration threatens to reverse recent progress in human development for the world's poorest, warns a United Nations report released today, calling for urgent action to slow climate change, prevent further degradation and reduce inequalities".

The report places in question the ability to continue the growth trends of the last forty years, due to the fact that environmental degradation threatens to reverse the progress we have made. Worse, it predicts a possibility that food prices could spike further, soaring upwards by fifty per cent, while access to basic sanitation and clean water could be under threat.

Development factors which cause environmental degradation render developing countries that much more vulnerable, since along with natural disasters, they face water pollution and famine, entering cycles of poverty and environmental deterioration.

In a word, the world is moving backwards. The report mentions HDI and is limited to developmental vectors and their effect upon the environment. But let us examine other areas:

Education. How many of today's children are coming out of secondary education unable to write, add up or even speak their language correctly? How many of them pay attention in class, and how many of them waste their time jabbering about inanities texting each other on their mobiles, with the teacher rendered to some sort of superfluous and insignificant appendage disturbing their fun?

How many of these students enter University, God alone knows how, and continue to behave like grade school pupils, then how many of them come out of University as graduates with a degree that looks as if it had been downloaded from the Net or else pulled out of a packet of soap?

Healthcare. Where is your access to healthcare? How long do you have to wait to see a doctor? What is the alternative? To go to a hospital to witness an Armageddon scenario and come out of it infected with a virus? What happened to dental care? How many people are terrified of being interned in a hospital because they will come out of it worse than when they went in?

The economy. We are told that the market-oriented capitalist system is better because (orchestral music) it provides a scenario whereby people are free to open their own business, employ people and contribute to the economy, own their house and car, create wealth and secure their future. (Stop music). (Silence).

The financial sector. Enter the financial sector. Which idiot, or bunch of idiots, allowed this system to be implemented upon our shoulders, without telling us what was going on? We do not need to speak about the absurd and undemocratic European Union - the plight it is in speaks for itself and is a reminder of what happens when you impose supra-national structures without asking the people what they want.

The banks can mismanage themselves and the economy with policies of greed and yet there is always money to bail them out - not however for a school or clinic or hospital or day-care centre. The banks then retreat into their shell and refuse to lend money. What then are they for and how do they justify their existence? These days you have to pay a bank to hold your money, meaning it is cheaper to stash it under the pillow. What sort of a service do they give?

And as for those who manage the international economy, let us see what they have done. They have created a casino economy where gambling futures and swaps and stocks has real effects upon our lives, our livelihoods and our pensions, they have not only spent all the money their countries produced but through the Sovereign Debt system have managed to spend the money their countries will earn in the foreseeable future and as if this was not enough, they have allowed ratings agencies to fix the credit rating, tying it to the interest rate countries must pay on their bonds (loans).

As a parting shot, few people are aware of the real situation and here it is. In their wisdom, these mentally-advanced financial and economic gurus took out insurance policies against future trends, and then reinsured these policies, meaning that there is an enormous and unquantifiable financial black hole looming on the horizon and every page the shocked auditors now turn, a new chasm of debt is revealed before their eyes.

These people then have the audacity, and the sheer cheek, to say that the Socialist model did not work, when it produced guaranteed jobs, free housing, utilities, healthcare, education, public transportation and the rest.

The solution? Obviously, those who have been responsible for this situation over the last thirty years should be investigated and punished and those with half a dozen ideas should be given a chance to create a better society.

This will be the subject of a second article.