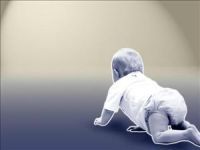 For a nation whose leaders ride to power on a political ticket of world domination and leadership, the USA manages instead to come across as a petulant, spoiled and very unpleasant little brat, a giant just a couple of centuries old with an absence of class, an excess of arrogance and no clear idea of how to conduct policy in a civilised fashion.

When we observe the policy of the United States of America, we can draw parallels with the puny young man who has just signed up at the local gymnasium, holding his "power drink" in a precarious way so as to show off his non-existent triceps, hoping that the pathetic bulge passing for a bicep will impress the girls working out furiously on the treadmills, totally oblivious to his existence anyway.

Likewise, the United States of America, due to its absence of a collective culture based upon thousands of years of history (basically because such a culture was destroyed by the first settlers in one of the planet's most horrific examples of mass murder, something Anglo-Saxons have been doing since Roman times or before), in the ensuing total lack of direction driving its policy, flails out in all directions making its presence felt. "I have arrived" is the announcement which accompanies bombing campaigns, spreading democracy with military might as a hundred years ago, the eastern United States spread civilization with a bible and bullet approach over its native American neighbours, but not equals, to the west.

When it comes down to policy enforced through military might, then it is a clear sign that society has been hijacked by lobbies, for weaponry is tightly controlled by those who hold power, and if power is held by the military, then the new boy on the block is the arms lobby. In the case of the United States of America, this was not difficult because the center of power has always revolved around the Anglo-Saxonic genetic and political pool firmly installed in Washington, which gets a nod of approval if a token Irish visit can confirm that the President was indeed from the Old Country. Yes, even Obama.

And let us remember that this group came to power through military conflict (albeit hugely aided by the French, much as a modern American might not like to admit it) and has exercised this power ever since. The brief flirtation with Isolationism not even one hundred years ago was breached by World War One and as the twentieth century went on, deals first with Hitler, then with the British (as the collapse of their Empire was carefully stage-managed, eh what?), reinforced the USA's military hegemony as vassal states were created, in turn forming new markets to buy arms.

And linked to the weapons lobby is the banking lobby, this duo forming the most powerful alliance the world has ever known, and here enters the Jewish lobby controlling policy in the United States which in turn protects Israel. The argument here is not about Israel or its right to exist, much less a diatribe against the Jewish people, for policy on a political level must be separated from people on a personal and human one.

The question is, in its blind defence of Israel and Israel's policies (even when excesses are committed and human rights abuses become almost synonymous with these), the USA does itself no favours and comes across as a petulant, spoiled and very unpleasant little brat, a giant just a couple of centuries old with an absence of class, an excess of arrogance and no clear idea of how to conduct itself in a civilised fashion.

The latest and most blatant example of this geo-strategic blindness is the withholding of funding for UNESCO, after this organization recognised Palestine as a State last Monday with 107 votes in favour, 14 against and 52 abstentions (many of these being Washington's poodles). A tad childish, perhaps?

If the USA has commitments to UNESCO, they should be unconditional. After all, the USA insisted on hosting the United Nations Organization in New York and a lack of funding for UNESCO means this organization cannot function properly in delivering critically important programmes in the areas of education, support for government institutions in developing countries and the fight against terrorism and extremism. One result of Washington's petulance will be that the Holocaust Education programme will lose funding; UNESCO is the only UN Agency equipped to deliver this programme, which fights against Holocaust denial and implements humanitarian ideals for future generations to grow up in peace and not in hatred.

Rather than help fund these noble initiatives, the USA sides instead with Israel, whose building programmes on land which does not belong to it are illegal and breach international law and whose policies to refuse to hand over VAT payments to the Palestinian Authority constitute a clear breach of agreement and obligation.

Rather than become a fully-fledged member of the world community by entering the hearts and minds of the world's citizens and instead standing by a State which has become a pariah on the world stage, Washington sends out a clear message. Namely, every single President of the USA in recent history has proved that those of us who have chosen to speak out in favour of what is right and denounce what is wrong, have indeed been right all along.