What is it with NATO and terrorists? 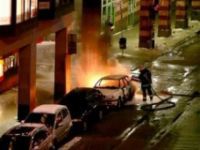 In the good old days, the good guy wore the white hat and the bad cowboy wore the black hat. The good one stood for generally accepted human values defending what is acceptable in all societies, while the bad one represented what we all fear, the dark colour of his clothes representing the night, evil, fear, the Devil. And today?

Telling the truth, doing the decent thing, owning up if you committed a stupid prank, showing your face if you had to represent a cause (even if it meant you were going to encounter public derision), defending women and children and working for the community by upholding the law, were all precepts upon which we were raised. In my opinion, noble precepts.

Following these precepts involved knowing and obeying the letter of the law, not breaking it and accepting the consequences if you did. Fast forward to Y2K, the wonderful new Third Millennium, and where do we find ourselves?

In a word, backwards. For a start, following the letter of the law is only possible in societies governed by the rule of law and today this is simply not the case. We have the exponents of the Word, NATO countries in general and the FUKUS in particular (France, UK and US) who spent decades deriding the Soviet Union as being evil and being against freedom of speech and expression and denying human rights... while today the same NATO/FUKUS countries are breaching every letter of international law, trying to suppress the truth, using bullying, blackmail and belligerence as their modus operandi and committing murderous acts as they cavort with terrorists across the globe.

Who funded and aided the Mujaheddin against the Soviet Union? Who tried to seize the resources of central Asia? Whose troops have been photographed standing alongside the Taliban guarding the opium poppy fields? Which photographs cannot be published because intellectual property rights protect the culprit and forbid the truth getting out? NATO.

Who supported the Albanian terrorists against the Serbs in Kosovo, a province of Serbia and who tried to carve it away and form a separate (mafia drug-trafficking) state? NATO.

Who is today aiding Islamist terrorists in Libya? Who is aiding the LIFG, on the Foreign and Commonwealth Office proscribed list and therefore against the UK's own Terrorism Act, and still on the list in 2011 (although the FCO has a pathetic excuse that the LIFG renounced violence in 2009)? If the LIFG renounced violence, why does it expound racism, ethnic cleansing, why do its members slit people's throats in the streets, decapitate Negroes and slice the breasts off women? And who supports this filth? NATO.

So we see, NATO's record with terrorism and terrorists is not that good, is it? Therefore the notion that NATO represents good against evil is as nonsensical today as it always was, as those of us who knew the Soviet Union first-hand always defended. Now we see who are the aggressors, now we see who wants war, now we see who rides roughshod over human rights, who slaughters civilians, who massacres women and children and who breaches the UN Charter, International Law, the UNSC resolutions and the Geneva Conventions. NATO.

So let us never, ever again forget who the terrorists are and who supports them, and then play the victim when a small proportion of what they do comes back and hits them square in the face. If the loss of human life is a tragedy, then what NATO perpetrates across the globe is also called terrorism.