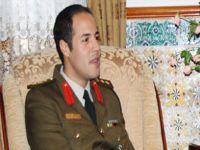 NATO and the press in the countries which house its bases seem to have gone quiet all of a sudden on Libya. Do they want us to think the war is over and that everything is getting back to "normal" or are they trying to focus on other stories hoping desperately that whatever is happening over there will go away?

The first point is that nothing will go back to "normal" until the marauding bunch of terrorists which NATO is trying to impose as Libya's Government wholly and entirely against the will of the vast majority of its population ceases to rape women and children, ceases to torch buildings, ceases to decapitate people in the street, ceases to loot, to rob, to steal...to behave like terrorists. Those captured by the Libyan Armed Forces (LAF) are allowed in many cases to return home upon laying down their weapons. Cameron is spending two billion pounds on what? Terrorists?

The second point is that things are far from calm in Libya because the country was invaded by foreign forces, was invaded by mercenaries and was set upon by gangs of marauding thugs (as one can see by googling up "Libya  rebels"). In fact, the western attempts at journalism are risible and have gotten more and more ludicrous, absurd and ridiculous since the conflict started.

For a start there is no mention of the growing success of attacks by the LAF, largely intact, the tribes and masses loyal to Colonel Gaddafi, which have seen Green Flags raised even in the coastal cities of Al Baida, Benghazi, Darna and Tobruk. The scourge backed by NATO, which is basically monarchists, liberals, terrorists, al-Qaeda and separatists, have been routed in battle after battle because the Libyan people are standing up to them and have stopped cowering in their homes. After the way this NATO-backed scourge behaved, it is clear to all what they are - terrorists - and allowing this filth to form a government is the last thing any civilised Libyan wishes for.

The supply lines of the terrorist forces have been seriously weakened in a series of attacks, liberating areas of Tripoli from these elements, some of whom have been filmed desecrating bodies.

Now for the lies. How many times was Khamis al-Qathafi killed? Well, he is still alive, and fighting. Now they have started to say Mussa Ibrahim, the Information Spokesperson of the Libyan Government (Jamahiriya of Muammar al-Qathafi) has been captured. Twice. In fact he hasn't been taken once.

For his part, Khamis al-Qathafi is already a myth in his own lifetime. Killed by NATO five times, and resurrecting from the desert sands, he is the 21st century military hero, a North African Marshall Zhukov. His latest success was to expel the CIA from Tripoli when he commanded a detail of Libyan Special Forces on Thursday, taking their building and sending them fleeing to the airport. The Green Flag has been raised over the building.

Finally, the LAF has begun a successful ongoing operation to exterminate NATO mercenaries and operational chiefs on the ground. Bani Walid and Sirte were a graveyard for NATO, its mercenaries, special forces and the filth it sends to their deaths, the hundreds of thousands of terrorists it has unleashed in Libya from Tunisia, Egypt, Pakistan and Afghanistan.

The terrorist chief in Misurat, Nuredin el Gener, was liquidated on Thursday when its military vehicle was struck successfully.

Recently liberated from the NATO terrorist scourge, Ghadames has successfully fought off an attack from these elements and the Green Flag flies proudly above the city, filling its citizens with a sense of peace and security, contrary to the terror unleashed by NATO's bands of demons.