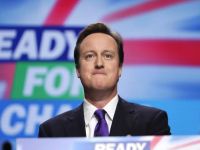 What do you get when a wannabe imperialist invents a war to get out of trouble at home, straying into deep waters that he neither controls nor understands, getting embroiled in an internecine tribal conflict that spins out of control? The answer to this question is the place where the UK's David Cameron finds himself now: a 2-bn. pound nightmare.

What they did not tell us was that the French and Americans had been planning this imperialist little adventure for years, what they did not tell us was that the rebel flags had been ordered well in advance from a British company, what they did not tell us was that the entire operation was indeed to remove Colonel Gaddafi, not because he posed any threat to his "rebels" (after all, what do you do when tens of thousands of marauding thugs armed with machine guns take to the streets, decapitating Negroes, chanting racist slogans, promising to ethnically cleanse Libya of Negroes, torching government buildings, raping and killing women and children and destroying public and private property?). They knew that the decision "to go in" had been taken long before the rebels strafed their own position to blame Colonel Gaddafi, they knew that their own media had been spreading lies about the Libyan Air Force bombing civilians - the one bombing civilians is NATO.

We saw the British reaction - draconian measures - when a few hundred bored schoolkids ran amok in August. One wonders whether Cameron would simply have given up and walked away from Number Ten Downing Street if they had been armed, or if someone had done to his youth what he did to Libya's.

What they did not tell us was that this entire charade is about removing Colonel Gaddafi from power because his humanitarian and developmental projects in Africa and his plan to launch a gold-based currency, the Gold Dinar, would be too costly for selfish western interests. What Cameron and Hague did not tell you is that their forces are to spend seven times more of the British tax-payers' money than they originally admitted - nearly two billion, or two thousand million or 2,000,000,000 pounds... on what?

They do not tell you that the crack desert fighters, the Tuareg, who decide who crosses the desert and who does not, have sided with Muammar Gaddafi against the TNC, they do not tell you that the Loyalists in Libya include the hearts and minds of the Libyan population whether or not they are taking up arms against the terrorists. The NATO special forces and this scourge have frightened many into cowering in their homes - but this does not spell support, even tacitly.

It is a war crime, it is an act of terrorism and David Cameron and William Hague, along with their French friend Sarkozy and that American in the White House, are using YOUR hard-earned money to perpetrate this outrage, which is sure to cost the UK thousands of jobs as retaliatory measures kick in across Africa.

Sorry Mr. Templeton, we do not have any money for your mother's cancer treatment, I am afraid she will have to die; sorry Mr. Johnson, there is no more funding for your son's leukaemia treatment, we do have palliative care, do you know what that is? 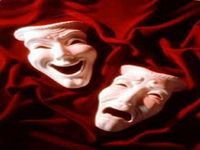 And as for your now hospital wing, new school, new clinic, a raspberry in your faces as Cameron and Hague stick the middle finger up to their own people. Yet the British population accepts it all with their heads bowed, like a sickening herd of sheep.