UN has no authority to pass Resolutions on Libya 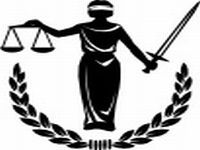 The United Nations Organization is no more or less than an umbrella for humanitarian intervention after disasters and catastrophes, a forum for discussion of issues pertaining to cultural heritage and a useful tool to channel developmental approaches. As a law-making body, the Libya Question has shown that the Organization has lost all legitimacy.

The people of the world community are not stupid. Those who still believe the biased and controlled media (certainly very few after the Libya Question) may be duped but these days, despite draconian measures and sinister and criminal acts of cyber terrorism, hacking, blocking access to independent media resources and threats, people have the means at their disposal to get themselves informed.

This is not a cause, it is a victory for those of us who have fought for an independent media over the last decade. Like all victories, it must be protected and its legacy cherished and the second we allow freedom of expression to slip, we have lost the battle and reactionary forces will sweep things back to where they used to be. There, is, however, another cause and that is an international justice system whereby the rules of international law apply and are enforced with the same set of weights and measures on all, and this means NATO as well as African countries or Serbia. This means respect for the law, it means respecting the terms of international agreements and conventions and it means accountability for all when such terms are violated.

On September 15, 2011, this is not the case. For those in the world community who accept that laws are made to be broken and accept that the law of the jungle should be applied, where the strongest bullies the rest by force, then do not bother reading on, just scroll down to the note at the end. Others who want a civilised world where criminals are held accountable, please read on.

In countries like David Cameron's Britain, one can get a criminal record and a custodial sentence for stealing a pair of trainers; however, if one fiddles the accounts and steals the same pair of trainers using the taxpayers' hard-earned cash in the House of Commons, you get off with a statement such as "If I have to pay anything back, then I shall" that is after you trash a restaurant after getting drunk with your chums in the Bullingdon Club. Oh, didn't you hear? Google up Cameron and Bullingdon.

However, David Cameron's Britain no longer rules the waves and very soon, it appears, will not even rule north of the border, as Scotland prepares to secede. Therefore the fact that…persons?…like Cameron and Sarkozy can fly into Tripoli and, like a latter-day Berlin Conference, draw lines on maps and decide which part of Libya's spoils they get, and the fact that the UNO is powerless to apply the terms of its own Resolutions and Constitution after these two have committed war crimes and broken every law and covenant in the book, spells out a clear message that the UNO has lost legitimacy as a law-making body.

As it stands, and under the existing international legislation, the rightful Government of the people of Libya is the Jamahiriya Government advised by Brother Leader Muammar Abu Minyar al-Qathafi, his Prime Minister and Cabinet of Ministers, along with the network which is the People's Councils (the Jamahiriya). Most people supported this Government before NATO armed terrorists, sent thousands of mercenaries and their own special forces into Libya, and bombed the Libyan authorities out of their physical positions.

If the UNO is incapable, too afraid, inept or unwilling to apply international law, then there are members of the world community who are determined and willing to do so, myself included.

The notion that Muammar al-Qathafi should just give up and quit because he has lost any possibility of regaining power is saying that when a burglar comes into your home, rapes your wife and murders your family, as the NATO forces did to Muammar al-Qathafi's, then you should stand back and hand over your keys, shrug and walk away. Maybe that is the law in David Cameron's Britain but it certainly is not the law in the hearts and minds of humankind, to which Cameron, Sarkozy and those who supported their criminal act of mass murder and terrorism no longer have the right to belong.

When a burglar violates your home, you fight back and you continue fighting with every ounce of your flesh, every grain of determination, every fibre of your willpower and every vestige of energy and you inflict as much damage on your assailant as you can. If you die in the process, you die with honour and dignity. You leave a legacy.

If Muammar al-Qathafi walked into Tripoli tomorrow, given that NATO did not murder him and continue to spend tens of millions of dollars per week in destroying civilian structures from 30,000 feet in the sky, he would be received with open arms and green flags. Imposing a cabal of terrorists may be cool for Cameron and his French pal but it is not and can never be how international policy is implemented.

The near future will show what happens when international law is broken and the near future will show that with courage and determination, wrongs can be righted and the criminal elements responsible, whoever they are, will be brought to justice. Muammar al-Qathafi will continue to fight for what is rightful and just — against terrorists and the foreigners who want to steal the resources of the Libyan people — and the rest of us will fight outside Libya for international law to be applied and for international justice to be met.

Note: Once again, as has happened many times before, there are criminal attempts to disrupt my communications, there are puerile attempts at intimidation via death threats and yet more puerile attempts to pay me off and bribe me into silence. I am not, however, going to give up, I am not going to coward out, I am not going to sell my morals down the river for money. I would prefer to eat crusts of bread from the floor and drink rain water than accept one cent to violate my integrity in that way, God be my witness. Everything I do, and everything around me, starting at the frontiers of the country where I reside at any given moment, is carefully logged and the information is stored in multiple mediums in several locations. If my life has to be sacrificed to implement a world where international law applies equally to all, then so be it. Bring it on, for I will not bend…and will put up one hell of a fight.