Welcome to the new Dark Ages 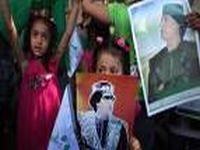 The western mainstream media should be going bankrupt, suffering cancellations of subscriptions and a general lack of an audience. After their egregious, transparent dedication to lies and propaganda, why are people still reading and watching? The public should be teaching them a lesson they will never forget.

Instead, all goes as usual. One might assume that this public has accepted and indeed craves their daily feeding of garbage put out by the media.

I did find it quite odd that after the same carnage was unleashed upon Yugoslavia, when the lies were all exposed, that no one had a problem repeating those lies, no matter how much evidence there was to the contrary. Mass graves, genocide, rape camps, Srebrenica...all fabrications proven to be such.

And so the general public has, for the most part, stood idly by while murderers and liars who are our leaders have broken every international law in the book and gone against every concept of human decency. What a state of affairs that murderers and liars are allowed to continue to lead instead of being punished for their countless heinous crimes.

A whimper has gone up as civilians are gunned down by helicopter gunships trying to rescue other civilians buried in the rubble of non-stop "humanitarian" bombing...how low does it get that there is no cry and protest so loud so as not to be ignored, even by those demonic, evil power broker elites seeking to rob and ruin an entire nation in order to steal its immense wealth?

Let us make no mistake, Libya is or should I say was a country of immense wealth, not only due to its great resources, but also due to the dedication, hard work and leadership of Muammar Gaddafi, without whom it would never have been possible.

When he took power in a bloodless coup in 1969, it was the poorest country in the entire world, despite the resources within. So it cannot be said it's only because of the resources, the oil and such that the country became so rich and prosperous.

Under Gaddafi, Libya rose to the richest country in Africa, with the highest HDI, highest GDP in Africa and rated above both Brazil and Russia in country rankings at 53rd.

The construction of the Great Man Made River Project for a nation of only 6 million people is truly a wonder of the world and due entirely to the work and dedication of Muammar Gaddafi.

A communications satellite freed Africa from dependence on high fees from outside. Libya had no debt whatsoever, a huge gold stockpile, all accomplishments of the great revolution led by Muammar Gaddafi.

Setting thousands upon thousands of criminals and terrorists upon civilians to murder, mutilate, hang, execute, rape, loot, pillage, burn and destroy...is this protecing civilians? Then outrageously interfering in the internal affairs of this country, declaring these same terrorists the government of that country?

These stinking, bankrupt worthless countries think it's Christmas now as they shamelessly raid what rightfully belongs to the Libyan people, not them and not their terrorist stooges. They see it as an opportunity to help dig themselves out of the mess they have made of their own economies.

And they have the nerve to refer to Gaddafi as a "fugitive" rather than what he is...still the leader, the leader of a resistance that must be totally victorious.

The fugitives are the leaders Sarkozy, Cameron, Obama and all the terrorists, mercenaries and especially the pilots who mercilessly bombed a country, the civilians, the infrastructure in order to reduce it back centuries, destroying a way of life, a culture, a history.

Is the current scene in Libya the future of all of us? Having to arm ourselves or hide from marauding gangs who kill, rape, mutilate and destroy?

There is a chance that humanity will not descend into a new Dark Ages like this. Support the resistance in Libya and Muammar Gaddafi. Support the removal and prosecution of all war criminals involved in this travesty of international law.

Otherwise, be at the mercy forever of murderers, terrorists, criminals and liars.