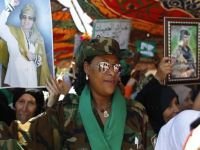 NATO has a fundamental and underlying problem: it is a fraud, a phoney organization which has long surpassed the founding ideals of its existence. It was founded (wrongly) as a collective defensive organism quaking in its boots at the supposed Soviet threat. The Soviet military organization was essentially defensive, and despite massive superiority, did the Soviet Union ever attack? No, it did not. It spent, in the 1980s, 250 billion USD in aid programmes in developing countries, where western countries had practised slavery and imperialist policies.

And now? Apart from encircling the Russian Federation, apart from encircling the IR Iran, proving that NATO is not a defensive organization, meaning its "Ministers of Defence" are in fact "Ministers of War", NATO in fact controls its member states' foreign policy. Now how constitutional is that? Did the citizens of the member states vote for NATO? Then why is it controlling their policy? And spending their money?

Do the citizens of the UK know quite how much Prime Minister David Cameron is spending per week on bombing Libyan civilians, bombing the Libyan water supply and electricity grids to "break the people"? Find out, and see how you feel? It is utterly amazing.

Do the citizens of the UK and France know what the White House said before it tried to distance itself from this horrific violation of international law? Why, here it is: It is good to involve NATO because it saves US taxpayers' dollars and saves the lives of our boys.

Yes, they actually said that.

Whatever the western media is reporting, PRAVDA.Ru has sources inside Libya and on the front line. I personally have been engaged with Africa and African policy for many years. I have an African daughter and I have an African son, I have contacts in all African countries and I have been actively engaged in African affairs for decades, not as a colonialist but implementing developmental approaches and documenting African cultures and lores for posterity.

So how can SKY News for example state that the "rebels" (what rebels? The vast majority of them aren't even Libyans, and over 90% of the population supports the Jamahiriya) control al-Bregah, when in fact they are 195 kilometres to the East and all accesses to the city are heavily fortified? True, the terrorists make the two-and-a-half-hour drive from time to time and true, they get their heads blown off. Many of them are NATO backed mercenaries. Why does NATO arm terrorists? Why does NATO get itself involved in an internal conflict it started? Why does NATO back terrorists against the legitimate government of Libya?

Why doesn't NATO admit that the Jamahiriya is far more democratic than the systems in their countries? Have the citizens of the NATO countries read the Green Book of Muammar al-Qathafi? Then they should.

How can the western media report that Benghazi is under "rebel" control when 75% of the city is now thankfully liberated from the scourge of these racists (why does NATO back racists? Is Cameron a racist? Is Obama a racist? Is Sarkozy a racist? Oh, the readers didn't know the terrorists slaughtered black people in the streets and declared they want "black free" areas? Ever heard of Judenfrei? The Libyan terrorists are the same as Hitler's SS in 2011. NATO supports them).

And as for the supposed taking of Zawiyah...the terrorists are 80 km. west of Zawiyah. The terrorists terrorised the citizens of Tawaregha on Friday and were cleaned out after the Libyan Armed Forces sterilised the area and liberated the citizens on Saturday morning. 190 terrorist elements were liquidated outside Tawaregha, including one leader and this is located at the west of Misurata, which is also largely under Libyan government control.

The Libyan government is firmly in control, has from the beginning implemented international law to the letter, while NATO has flouted it. If there isn't a man or a woman in the international community with the guts to stand up and say what is right, then let the citizens of the world take up the challenge.

NATO is committing war crimes in Libya. Colonel Gaddafy is popular. NATO is killing civilians, and it is doing so on purpose. They murdered the three grandchildren of Muammar al-Qathafi. They are wasting millions of dollars per day in this war, which they are losing. They know they are losing it so they target water and electricity supplies to break the people.

Now if that isn't evil, I don't know what is.