NATO is a security threat 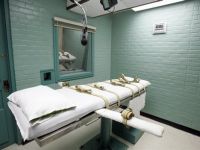 NATO is a threat not only to international security but also poses a direct risk to the internal security of its member states, for in carrying out its policy, it breaks international law, commits war crimes and panders to the whims of the corporate lobbies who benefit from its operations, leaving in its wake feelings of hatred and revenge.

Mankind has taken thousands of years of wars, fights, squabbles, settlements, resolutions and treaties, agreements and disagreements, flare-ups and flashpoints, peace talks and ceasefires to try to arrive at a point whereby the international community exists de facto, whereby something called international law reigns supreme and is implemented, whereby there is one set of weights and measures for crisis management and the implementation of policy.

The Treaty of Westphalia (1648) could and should have been a starting point towards the precept that frontiers were inviolable, a process which was reiterated time and time again, and broken time and time again, until the Helsinki Final Act in 1975 which was a public reiteration of the principles underlying the UN Charter, signed in 1945 heralding the end of the most horrific war humankind had suffered, involving the most horrific practices of barbarity ranging from racism and genocide to horrific human rights abuses and culminating in a double act of nuclear terrorism.

As a counter-measure, Westphalia was the beginning, the UN Charter and the Helsinki Final Act (notice the word "Final") committed the international community to the basic principles underpinning guidelines for a community of brothers and sisters to cohabit the same planet, share the same seas, seasoned by the salt of sailors' tears from the four corners of the Earth. These principles were, namely:

Active support for the UNO and its principles and purposes; enhancement of the role and effectiveness of the UNO as a forum for international law formulation and implementation; respect for the principle of international peace, debate and dialogue before military action; the promotion of a peaceful solution for crisis management; respect for the sovereignty of nations and inviolability of frontiers; non-interference in internal affairs; the condemnation of aggression, of aggressive separatism and violence in general.

Taken one stage further, and based upon these precepts, the cherry on this cake of diplomatic correctness was the development fund created by less than one per cent of the GDP of developed countries - the message being development, before deployment.

And the question is, did we grasp the chance? No, we did not. And why not? NATO. As it has become patently obvious, taking as a starting point the bombing of Yugoslavia in 1999, the support for the KLA terrorist organization, the abuses committed in Afghanistan, the illegal invasion of Iraq and the horrific human rights abuses committed there, culminating now in the five-month bombing campaign against Libya, NATO is not a peaceful defensive organization.

Indeed, it is a belligerent offensive military organism which goes looking for wars if none exist, against targets that do not affect the security of its member states. It is an organization which violates human rights, violates the UN Charter, violates international law and violates the Geneva Conventions with countless acts of despicable cowardice, for example deploying Depleted Uranium in Kosovo, in Iraq and now in Libya (pending investigation), strafing civilian structures with military hardware, and now, just weeks ago, the destruction of the Libyan water pipeline to "break the backs" of the civilians. Now it does not get much more evil than that, does it?

In which international lawbook is any of this sanctioned? It is not, and therefore these are war crimes. Why are the leaders of NATO not sitting in the dock at The Hague? Because international law does not exist.

And if international law does not exist, NATO is sowing dangerous precedents and is constituting not only its own obvious threat to international security, but also poses a direct risk to the internal security of its member states, for it creates the notion that if NATO can murder children in Libya (such as the precision-bombing of Colonel Gaddafi's son's home, occasioning the murder of Saif-al-Arab al-Qathafi and three babies, Muammar al-Qathafi's grandchildren), then a strike can be carried out in the capital city or elsewhere in the countries perpetrating this outrage. If one is called an air strike, why should the other not be called a land strike? And if NATO can only mumble the word "regret" when it slaughters kids and bombs schools and hospitals, then why should everyone get so hysterical when the same thing happens on home soil? Just say the word: "Regret".

The calls for revenge are ringing out in the international community and curiously, it is not from the Libyans themselves who are only asking for peace and to get on with their lives solving their own problems in their unique system of government, the Jamahiriya, which they were doing before a clique of crusading intruders came along, this time led by France and of course the UK and USA with a 100% presence in all conflicts. Why, the last five Prime Ministers of the UK have been involved in six wars!

The injustice of this attack on Libya, where the Libyan Armed Forces were simply responding to the threat posed by thousands of opportunists and terrorists armed by NATO and supported by Al-Qaeda has created a tsunami of outrage which has reached far and wide and is more likely to cause a breach to security than Libya ever was, for Tripoli's threat outside its frontiers was zero.

The crescendo, for those of us with our ears to the ground, is deafening. While it would not be surprising that the cloistered NATO figures perpetrating their daily acts of terrorism with nonchalance are oblivious to all around them, there are currents under way for a renegotiation of contracts, locking companies from NATO countries out of the developing world.

The solution is as simple or as complicated as anyone wants to make it. If NATO is too proud to admit that its bombing campaign is getting nowhere in military terms, that it supported the wrong side and is defending Al-Qaeda elements among the TNC and that it is evident that the population of Libya by and large is very much with Colonel Gaddafy and against the "rebels" (after all, only NATO supports terrorists), then on the other hand legal steps are being taken to ensure that those responsible for the acts of murder, attempted murder and wanton criminal damage will be arrested and will stand trial.

There will be financial compensation to pay in damages, of course, there will be legal compensation to pay the owners of properties and the victims of human casualties, because you cannot just breeze into a sovereign state and bomb its facilities with impunity. This time, NATO's taxpayers will decide who is to pay for its crimes and those responsible for them (NATO commanders and those politicians responsible for policy) will stand trial as the criminals and murderers they are. Perhaps they will be allowed to reside in their countries of birth after having served a suitable prison sentence - such a decision is up to their people.

Maybe after justice is done, we can go back to our discussion about Westphalia and Helsinki and the UN Charter. If not, there is a second option: Scrap the UN as a legal body, using it merely as a humanitarian organization to distribute food, channel aid, ensure human rights, gender equality, combat homophobia and name world heritage sites, which in itself is already a lot.

Fundamentally, form a new world order based upon a universal Declaration of Principles which are upheld in the same court of law for all members, where the same set of weights and measures apply to all equally, where there is accountability for crimes, and where real crisis management instruments are applied, without resorting to violence.

If the USA, UK, France and that clique of sycophantic vultures called NATO are unable to abide by these principles, then they should be locked out of this new world order and forced to stew in the squalor of their own making, while the new international community gets on together as an international society of brothers and sisters living happily along the shores of our common lake, the seas, under the international motto "tears taste of salt, whoever sheds them" and singing an international anthem whose refrain is "The smile inside the eyes of a child lights a fire in my heart".

For NATO, the same mottoes would be "today a child, tomorrow a terrorist so blast the bastard's face off him"; "the darker the skin, the worse the person" and "We are oblivious to your tears and screams, burn you mother f.....er, burn!" Does anyone want NATO in the international community? No, I thought not.