From the UNO to UNATO 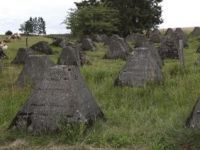 How many wars has the United Nations Organization managed to avoid? How many deaths in war has the UNO prevented? How effective has the UNO been in imposing international law? To what extent is the UNO synonymous with a single policy regarding all members of the international community and the conducting of policy with one set of weights and measures?

The answer to these questions is patently obvious and sickeningly clear to all those who have been following international affairs in the last decades. More and more, the UNO has acted as the Institutional wing of NATO, whitewashing its actions, providing legitimacy for its policies and exonerating its officials from their crimes while serving as an organism to persecute its enemies.

Let us not, therefore, call it the United Nations Organization, let us call it the United North Atlantic Treaty Organization - UNATO, in which case it is fitting that its Headquarters stay firmly implanted in New York, the business centre of the lobbies which control Washington's policy and by proxy the policies of UNATO itself.

NATO itself does not recognise jurisdiction over NATO members or citizens of NATO member states, the USA does not recognise the jurisdiction of The Hague over its citizens. The Hague International Criminal Court itself is a travesty of justice and an insult to international law, being the only legal entity which declares a person guilty before the trial has been concluded and in the case of Slobodan Milosevic, held him illegally after he was illegally kidnapped and taken to the Netherlands. (1)

The UNO as it stands today panders to the whims of the few, it is obvious that the NATO presence on the Security Council has its way and has its say, manipulating and deceiving the others, as per the promises to explain the issues surrounding the UNSC Resolutions 1970 and 1973 (2011) on Libya to Russia and China, when no such explanation was later provided. This is hardly surprising because no such explanation was possible, since the "Gaddafi attack on his citizens" was a manipulation and a false flag event (2).

May I propose as signatory states the Russian Federation, the People's Republic of China, and a block based on South Africa, Indonesia, India, Iran, Venezuela, Brazil, Serbia, Libya... for a start?

(1) Research the illegal detention of Slobodan Milosevic and the process with which he was spirited out of Yugoslavia and taken to The Hague.