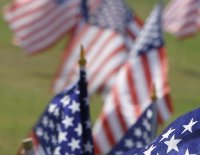 All US federal holidays wreak of hypocrisy, representing  notions and events other than what they commemorate. Besides Christmas, none perhaps is more celebrated than when America became independent from Britain on July 4, 1776.

Coming in the summer, parades, outings, barbecues, other celebratory events, and baseball highlight the day for many - relaxing, not reflecting on the same independence we deny nations globally, waging imperial wars and other ways to prevent it.

July 4 also commemorates America's history, liberation and traditions most people don't know, never learned, or forgot. Instead - in school to the highest levels and through media managed news - they've been force fed distortions, half truths and illusions to believe what, in fact, isn't true now and never was, a sanitized rewritten history, what historian Howard Zinn corrected in his "People's History of the United States."

First published in 1980, it became an extraordinary non-fiction best seller with over two million copies sold and counting, followed (in 2004) by "Voices of a People's History of the United States," presenting words and thoughts of labor and anti-war activists, anti-racists, feminists, socialists, and others rarely heard.

Zinn himself called his signature work "a biased account, one that leans in a certain direction. I am not troubled by that, because the mountain of history books under which we all stand leans so heavily in the other direction - so tremblingly respectful of state and statesmen and so disrespectful, by inattention, to people's movements - that we need some counterforce to avoid being crushed into submission."

His exhaustive, informative, and gloriously original work includes material on America's Declaration of Independence and war waged for it not taught the way he did it.

In the July 2009 edition of The Progressive, he headlined an article, "Untold Truths About the American Revolution," saying:

Was waging war then really worth it, taking perhaps 25,000 - 50,000 American lives, the "equivalent today to two and a half million (at the lower estimate) to get England off our backs."

Canada ended British without war. So did Western Massachusetts farmers "driv(ing them out) without firing a single shot. They had assembled by the thousands and thousands around courthouses and colonial offices and they had just taken over (and) said goodbye to the British officials" nonviolently.

America's revolution was much different, but who "gained what?" Most Americans were poor. "(T)he Founding Fathers were rather rich" with much different interests from ordinary people. "Do you think the Indians cared about independence" or Blacks held involuntarily as slaves?

"Slavery was there before (and) there after. Not only that, we wrote slavery into the Constitution. We legitimized it."

"What about class divisions?" America was a racist class society then and remains one today to benefit elitist interests at the expense of working households, especially Black and Latino ones. "We try to pretend in this country that we're all one happy family. We're not."

In fact, America's revolution wasn't "a simple affair of all of us against all of them," any more than today, sending young men and women abroad to "liberate" countries for capital, slaughtering people to save them, ruining the lives, welfare and futures of thousands of US forces at the same whose minds and bodies are irreparably harmed by the experience.

As a result, Zinn said "(w)e've got to rethink this question of war and" decide it's unacceptable, no matter what the reasons given, or the excuse." In fact, they're no more valid now than rallying Americans against Britain's King George III, letting everything change but stay the same. The elite few always win against the ordinary many, but great pains are taken not to tell them.

As a result, young minds are programmed to believe in America's exceptionalism, inherent goodness, and unique democratic values under governments of, by and for the people that never existed earlier or now.

In "Democracy for the Few," Michael Parenti said "the Constitution was consciously designed as a conservative document" with provisions included or omitted to "resist the pressure of popular tides" and protect "a rising bourgeoisie('s)" freedom to "invest, speculate, trade, and accumulate wealth" the way things work for capital interests today.

In fact, it codified in law what politician, founding father, jurist and nation's first Chief Supreme Court justice, John Jay, said the way things should be - that "The people who own the country ought to run it (for their benefit alone)."

It's hardly reason to celebrate, especially today after decades of massive wealth transferred to America's super-rich already with too much, and a nation without enemies at war simultaneously with six nonbelligerent states, spending trillions of dollars unavailable for vital homeland needs.

At America's birth, only adult white male property owners could vote. Blacks were commodities, not people, and women were childbearing, homemaking appendages of their husbands.

Until 1810, religious prerequisites existed, and all adult white males couldn't vote until property and tax requirements were dropped in 1850. Moreover, states elected senators until the 1913 17th amendment enfranchised citizens, and Native Americans had no rights until the 1924 Indian Citizenship Act, in part, returning what no one had the right to take away in the first place. In addition, women's suffrage wasn't achieved until the 1920 19th Amendment after nearly a century of struggle for it.

Native Americans perhaps have least to celebrate after centuries of extermination, persecution, denial, and isolation in poverty on reservations. Moreover, they're been mocked and demonized in films and society as drunks, beasts, primitives, savages, and lesser beings to be Americanized or warehoused and forgotten.

As a result, their cultures are willfully denigrated. Their legacy includes betrayal, treaties made and broken, lands stolen, rights denied, and themselves criminally ignored to this day. For them, justice delayed was never gotten, giving them no reason to celebrate, nor America's growing impoverished millions on their own and out luck in an increasingly uncaring society, focused solely on serving privilege, not popular needs.

So many others also are denied, persecuted, vilified, and gravely harmed in today's America, notably Latino immigrants and Muslims for their faith and ethnicity to give Washington convenient enemies to incite fear to wage wars for power, profit, and plunder at a time America's only enemies are manufactured, not real.

Celebrants this holiday enjoying outings, picnics, barbecues, ballgames, outdoor concerts, parades, fireworks displays, visits to the shore on vacation, and other pleasures might reflect about growing millions of victimized/deprived Americans in need, besides billions more worldwide, hoping to survive another day.

Imagine a future free from today's despair, depravation and perpetual wars. That indeed would be reason to celebrate and give thanks. It's also a goal everyone should support and dedicate themselves to achieve. It won't happen any other way for sure.

Reflect about that on holiday Monday, as well as America's intolerable legacy of shame.