Libya, The Hague and the Law 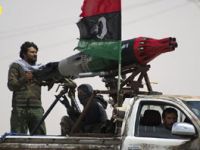 This weekend provides Humanity with a period for reflection on a crisis which promises to explode out of control, on the eve of the declaration of the International Penal Court at The Hague on Libya and more specifically, Colonel Gaddafi, which will be made on Monday. Two days before the declaration, I will tell you what the IPC will say.

The International Penal Court prosecutor Luis Moreno Ocampo will make his declaration on Libya and more specifically, Colonel Muammar al-Qathafi and the senior members of the Libyan Government on Monday. However, let us get one or two things clear first.

To begin with, the IPC has no jurisdiction whatsoever over Libya. Period. Therefore any declaration from this monstrosity, this insult to the precepts of international law has the same validity and jurisprudence as an alcoholic belching obscenities in a public latrine. Secondly, let us examine the legal validity of the Hague Tribunal.

The second point is that besides having no jurisdiction over Libya, The Hague Court is not really a court at all, it is a travesty of justice, based on airy-fairy ideals and nothing more, has not even been recognised by the USA and has itself insulted and derided every precept of legal precedent, every fibre of international jurisprudence and has rendered itself void by violating the most basic notions held dear under international law. 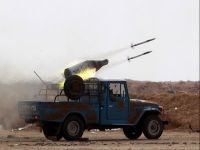 The Hague is a kangaroo court set up to whitewash the Grand Scheme of NATO and the war mongering arms lobby which controls it and, let us call a spade a spade, both The Hague and NATO serve as a very useful tool for the United States of America to get its job done by proxy. Why, look at the wording of a letter from The White House in answer to a question as to why American citizens were seeing hundreds of millions of their hard-earned cash being squandered on a war whose casus belli seems dodgier by the day:

"NATO's involvement significantly reduces the risk and cost to America's military and taxpayers".

Precisely: Thank you Britain and France and your friends in Europe for doing the job for us, spending your money and not ours (between 50,000 and 100,000 USD per aircraft per hour plus 50,000 USD per day lodging and accommodation) and placing your pilots' lives at risk instead of the good ol' boys. The words are there loud and clear for all to read and they come from The White House itself. 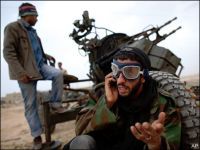 So much for the USA's contribution and anyway the USA never gave the go-ahead for its citizens to come under the jurisdiction of The Hague. So any crowing from them on Monday is null before it starts. If the USA does not recognise the court, it has no right to comment on its proposals.

As for the third point: what Court of Law apart from the IPC at The Hague pronounces a defendant guilty before the trial has even started? Answer: In a word, none. Not in Outer Mongolia, not in Burkina Faso, not even in NATO countries. The fact that the Hague kangaroo court does so renders it legally invalid from the outset.

The fourth point is that The Hague kangaroo court has been involved in previous instances of breach of international law. The most telling example of this was the kidnap and illegal detention of the ex-President of Yugoslavia and the Republic of Serbia, Slobodan Milosevic, snatched from his own country against every fibre of Yugoslav Federal and Serbian National law because the respective quorums were not attained, flown to The Hague under conditions of illegal detention, maintained in The Hague under the same conditions and then, when he started winning his case and began embarrassing his captors and their mentors, he died, still under illegal detention. And let it be known, his "death" (murder?) was highly suspicious as he himself was trying to tell the international community in the days before it happened.

This renders The Hague court not only illegal and insignificant in terms of international law, but also liable for criminal charges. It is therefore void and unable to pronounce itself on whatsoever charges against whomsoever, wherever and whenever. Period.

I will tell you now what the declaration will be. It will issue an indictment against Muammar al-Qathafi and his son Saif-al-Islam al-Qathafi and other senior figures in his Government, probably using the word "regime". The text will refer to domiciles as "compounds", will refer to armed terrorists as "unarmed civilians" and will provide a list of "war crimes" which have not been investigated, or else were perpetrated by the "unarmed civilians" or terrorists themselves.

In fact the entire statement will be a mix between a tissue of lies, fabrications and a cynical manipulation of the truth.

It will not make any reference at all to the document which provides a wonderful character witness and perfect legal background to this case, namely the UN Report (2011) on Muammar al-Qathafi's excellent humanitarian record, for which he was to receive a special award:

It will not mention the fact that the rebel leader, Abdel-Hakim al-Hasidi was connected with Al-Qaeda, was arrested for this, himself admitted that he recruited Benghazi-based terrorists (endemically separatist and Islamist fanatics) to fight in Iraq against NATO and in Afghanistan against NATO.

It will not mention the fact that the "evidence" which provoked UNSC Resolutions 1970 and 1973 (2011) was a false flag event, in fact an attack by "innocent civilians" or terrorist forces against Black Libyans, rendering the texts of those resolutions void. 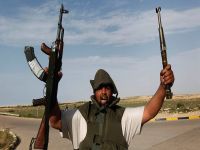 The "unarmed civilians" (see photos) are none other than Islamist racists perpetrating ethnic cleansing against Negroes. That is what sparked off the Libyan Government's legitimate attempt to quell the revolt, firstly through pacific means and then by force. Who would not use force? It is regrettable, as the Libian government claims but what was the alternative?

The international community has to wake up, inform itself and debate and this time convince NATO it is fundamentally, and once again, wrong.

The Green Book, written by Al-Qathafi on good governance, social and economic policies which he implemented in the Libyan Arab Jamahiriya (People's Congresses)

Are the citizens of the world, are those who are engaged in defending international law, so impotent they will shrug and do nothing? If Yes, then may the future generations of Humankind deride us collectively as the apologies for human beings we have become, as an insult to our planet and as the very worst type of monster Mother Nature has ever created.