On 8 March, NATO defense ministers met in Brussels to study an eventual intervention in Libya. The 17 month Resolution 1973 of the UNSC was approved with the abstention of Russia, China, Germany, India and Brazil. The text presents the essential: requirement of a ceasefire and dialogue between the parties (sections 1 and 2) and the establishment of interdiction flights for the stated purpose of "protecting" the population (points 6 and 7). 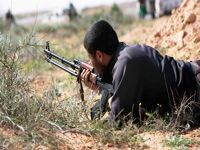 The draft resolution submitted by France, Lebanon and the United Kingdom is based on an alleged, later proven false, massacre of civilians by government forces who they claim peacefully demanded political reforms.

On the night of the 19th, the USA, UK and France attacked Libya. Since then, military and civilian targets have been attacked continuously by NATO, which has since taken command of operations.

But remember that the alleged massacres were denied by accredited journalists (and hence it is permissible to doubt), that the social unrest in Libya took the form of a well-armed insurgency, which undoubtedly incorporated only part of the people, and evolved into a civil war. Unlike the social upheavals in other Arab and Muslim states, those who lead the rebellion explicitly asked for help from outside, from the former colonizers, despite the fact that other rebel forces reject any kind of foreign intervention.

Noting further that it was different from the attitude of the imperialist powers and their henchmen, before in other revolts in which there have been scenes of extreme violence on the people (as in the case of Palestine, Bahrain, Yemen), they choked the supply of arms to the government while they provided arms and logistics to rebel groups.

Remember that Libya's foreign policy was guided by reasonable independence from imperial power (like Syria), and also the critical attitude of Libya regarding Israel.

It is by combining these various factors that one can begin to understand the military intervention against Libya. It is a major war of the oil importing and exploitation powers, with past and present colonialist inclinations, against a non-aligned and well endowed nation with large energy reserves.

It is not a war for the defense of Libyan civilians, but on behalf of large U.S. interests, and of the interests of United Kingdom, France and the Netherlands.

It is a war for the appropriation and ownership of oil and important Libyan sovereign funds invested in Western countries.

A war always causes death and suffering for the population. If the concern was to safeguard the population, repeated initiatives of dialogue and negotiations would have been considered, brokered by the African Union, Russia and Latin America and, in fact, they were proposed and accepted by Ghaddafi on behalf of the Libyan regime.

The NATO intervention is once again proving that this organization is no more than the armed wing of the U.S. and its partners in robbery of wealth and control of people.

This armed intervention in Libya is illegal and illegitimate. As the action of the "Contact Group on Libya," constituting the attackers, in addition to usurping the powers that only the UN agencies have, they go way beyond the mandate that can be inferred from Resolution 1973: it does not call for the fall of the governmnt of Libya and does not provide for the bombing of civilian infrastructure, nor taking a position to support one party in the conflict. 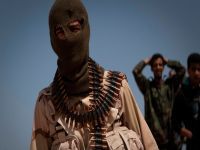 The rebels are neither more nor less than the Libyan government supporters of Gaddafi, thus making the military, political and financial support given to a terrorist rebel base a criminal interference in matters that only the Libyan people must resolve, including designating their legitimate representatives.

The aggression of the US / NATO / EU on Libya, besides being the main obstacle to peace in this country, is an attack on international law. It's a blatant aggression against the people who follow a path of self-determination and seek better living conditions.

The Portuguese Council for Peace and Cooperation strongly condemns the murder of civilians by any party to the conflict, reiterates its rejection of NATO intervention, responsible for massive destruction of lives and property, which converted a state of social agitation and unrest into a large scale civil war, and calls for respecting the will and sovereignty of the Libyan people.

Infuriated, it denounces and is indignant about the position of the Portuguese Government which, in fact as President of the Sanctions Committee against Libya, renders political (and even logistical) aid to yet another war of prey, contrary to the Constitutional Principles of the Republic of Portugal.