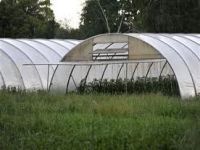 The World Health Organization has confirmed that the strain of E.coli which has infected over 2,200 people and killed 22 is extremely rare and has never before been seen in an outbreak of this kind. The finger was wrongly pointed at Spain, an act of irresponsibility which cost hundreds of millions of Euros in lost revenue and thousands of jobs and now the first tests on German bean sprouts are negative.

Of the 40 samples taken from a farm growing bean sprouts in Uelzen, south of Hamburg, the first 23 samples have tested negative. The restaurant supplied the bean sprouts to restaurants and markets in the Hamburg area, which is also the centre of the outbreak.

The World Health Organization has issued a statement claiming that "The strain of enterohaemorrhagic Escherichia coli (EHEC) isolated from cases in the EHEC infection outbreak in Germany is a rare one, seen in humans before but never in an EHEC outbreak." Some patients with EHEC develop haemolytic uraemic syndrome, or HUS.

"EHEC is a severe strain of E. coli bacterium that is commonly found in the gut of animals, mainly ruminants. It produces toxins, known as Shigatoxins or verotoxins, which damage blood cells and the kidneys," according to WHO. HUS can develop as a complication of EHEC, leading to life-threatening situations such as renal failure, a collapse of the Central Nervous System or a low platelet count as red blood cells are affected.

Typical symptoms include general malaise, abdominal cramps and diarrhoea, which may be bloody, fever and vomiting. Most patients make a full recovery within ten days. 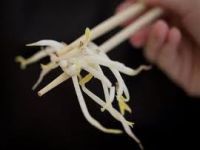 Putting things into perspective, since the case broke out on May 2, there have been 22 deaths among over 2,200 people, all of these cases being linked to people who had travelled to Germany except two unlinked cases in Denmark. In Germany itself there have been 520 reported cases of HUS and 1,213 of EHEC. Globally there have been a further 32 cases of HUS and 58 cases of EHEC, in the UK, Netherlands, Poland, Sweden, Denmark, Norway, Spain, Austria, Switzerland, the Czech republic, France and the USA. 21 deaths have occurred in Germany and one in Spain.

Russia is right. Stick it, Brussels!

The first thing the Russian authorities did was to ban the import of all vegetables from the European Union until the source of the infection is identified, a measure criticised by Brussels as being contrary to the World Trade Organization rules. Well, here is a message for Brussels: stick it!

Firstly, Russia is not in the WTO and secondly, who wants to buy dangerous products infected with substances which provoke extremely serious illness or even death? As Vladimir Putin said "We do not want our citizens poisoned".

So, if it isn't Spanish cucumbers, then who is going to compensate Spain for the 200 million Euro a week they lost and for the thousands of jobs destroyed? And if it isn't German bean sprouts, then is it from some other product that Germany imported or from something grown in Germany itself?

Germany? Israel? Does it matter?

Andreas Hensel, Director of the Federal Institute for Risk Assessment, quoted in TheLocal site, stated that "It doesn't matter where the products are from. They could be from Germany, Israel or wherever. At the moment we cannot narrow down the search".

One thing is obvious: the country which is found to be the culprit in this can say goodbye to its agricultural exports in the near future. Yes, it does matter. That much is certain. One hopes that this will not spark a cover-up attempt. If it is not cucumbers or bean sprouts, then what is it?

If it is affecting many more women than men, then vegetables and/or fruit would seem to be the logical answer. However, the bacterial infection might have been contained only in a batch consumed some two weeks ago when the outbreak started, furthermore it might have nothing to do with the production, but rather, became infected in transit. This would complicate matters because even if it is proved that the products came, for example, from country X, it does not mean that that country was responsible.

Was it a terrorist attack, as we have stated previously in this column? Or is the E.coli contained in some other substance such as bottled water?

And isn't this, then, the epitome of a globalised food market such as the EU, where chickens which in their natural state take three months to rear need only a few weeks in battery farms, where the need to produce for a market of 500 million people means God alone knows what methods are employed.

Is this what the people of Europe wanted? Or did they only ever want the trade barriers for their national products to be broken down to allow for the free movement of goods... and full stop?