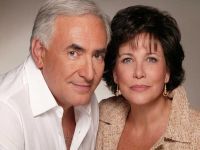 As this article goes to be published, the picture of the haggard face of IMF President Dominique Strauss-Kahn is splattered across the front pages of the world's press, where the opinion-editorial articles have already tried and judged him, declaring his career is over. But...isn't a person innocent until being proven guilty after due legal process?

Am I mad in being what I perceive to be the only international journalist defending the rights of IMF President Dominique Strauss-Kahn? There he is, splattered across the headlines of the world's press, the Opinion-editorials full of public service obituaries and political post mortems, his tenure as IMF President "untenable", his challenge in the French Presidential election in 2012 against Sarkozy "impossible".

So they say, but just a moment here. Isn't a person supposed to be deemed innocent until proper due legal process runs its course, there is a trial, the right to defence and a judgement, and even then, the right to appeal?

At present, the case is being heard in court in New York. Where is his side of the story in any single edition, on-line or on paper? Where is his statement that at the time of the alleged assault on a chambermaid, he was having dinner with a daughter, on the way to the airport, when he noticed he had left a mobile telephone behind in the room (one of seven he uses) and called back the hotel?

The allegations against Strauss-Kahn, however, are everywhere. The chambermaid came into the room, occupied by Strauss-Kahn (since when does a chambermaid enter a bedroom which is occupied? Or are New York hotels different to everywhere else?), when the IMF President was leaving his bathroom naked. The 62-year-old economics professor is then alleged to have locked the door, attempted to rape the woman on the bed after running down a corridor after her then dragged her into the bathroom and tried to repeat the act. She claims she then ran off. 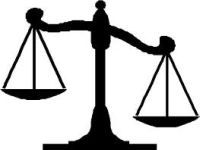 Now, what if forensic evidence comes up negative, his side of the story is corroborated, and the chambermaid is exposed as being a barefaced liar? The second question is, who stood to gain most from the demise of the French Socialist Party's star candidate for the French Presidential election in 2012 (after the opinion polls confirmed that he is the clear favourite to thrash Sarkozy, who is not expected even to reach the second round)?

Almost as if by magic, now a second accuser has appeared, some French female, a Tristine Banon, a family friend, who said she was sexually assaulted by Strauss-Kahn back in 2002. Why then did she wait nine years?

Having said which, if Strauss-Kahn is guilty, then nobody here is defending a sex offender and much less a person who thinks he can get away with attempted rape just because he is who he is; nobody here is calling the chambermaid a liar and nobody here is saying that Tristine Banon is making things up. If they are, and whether they are being politically manipulated by dark forces against Strauss-Kahn's presidential bid will remain to be seen. The forensic tests, to which Strauss-Kahn willingly submitted himself, will provide crucial evidence one way or the other.

But the bottom line is let us not write off a person just because there have been allegations. A legal process has a beginning, a middle and an end and it is grossly unfair to judge a person until that end has been reached.

Once more we find ourselves in an immoral and amoral voyeur society in which "news" is an allegation someone thought she heard the baker's wife say, a credible source is a piece of gossip and in a flurry of nudge-nudge, wink-wink style journalism, someone's career can be destroyed in the public image before he or she is proven to have done anything wrong.