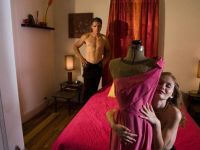 The European Court of Human Rights considers that the media does not have to warn people previously that they are going to reveal information about their private lives. The ruling comes after former F1 boss Max Mosley took his bid to Europe after winning a case in the UK High Court against a tabloid newspaper.

The seven-judge European Court of Human Rights declared: "The European Convention on Human Rights does not require media to give prior notice of intended publications to those who feature in them." This means, in practical terms, that the victim of a juicy human interest story about his/her love life, sexuality or sexual options is left wide open to the depraved voyeurism our societies seem to have accepted as the norm, to have his/her private life spread all over the front pages on the news stands and has no possibility to issue an injunction.

It leaves the road open to allegations and insinuations, rumour-mongering and gossip and gives journalists a free hand to confirm the public's worst fears about them, that collectively our profession is seen in the same light as a gaggle of prostitutes out to make a quick buck at the expense of digging dirt on someone and plastering it all over the Net.

Damage done. When the Town Crier went to work with his voice and his bell, yelling "Oyez! Oyez! Oyez! (Hear! Hear! Hear!)" it was his job to inform people as to what was happening and this mission permeated through the first News Books and the first newspapers during the seventeenth and eighteenth centuries. In two words, inform and entertain - tell people what was going on and give them an interesting or amusing read.

These days, "informing" seems to have descended to the depths of depravity, where the content of the newspapers with the widest circulation seems to reflect the scrawlings in excrement of the walls of public latrines. "Spanking Sarah sucks!" "Kevin is a queer!" "Penny likes a big porker" "Victor likes his vice...versa!" Nudge, nudge, wink, wink. Eh? Eh?!! 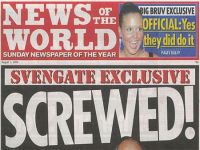 Since when was a person's private life part of the public domain? Since when was a person's sexual preferences or sexuality something to be spread far and wide? Indeed, the UN Declaration on Sexual Orientation and Gender Identity, presented in December 2008, establishes that a person has the right to express his/her sexual orientation/gender identity and issues a clear condemnation of "violence, harassment, discrimination, exclusion, stigmatisation and prejudice".

Surely presenting lurid photographs and allegations as common knowledge into contradiction with this premise? While the Declaration has not yet been adopted, the question remains if its wording is acceptable to the vast majority of humankind, then those involved in the mass media will have to follow suit.

After all it is a question of common decency. As a journalist (for around 35 years) I have been offered snippets of information about the private lives of several public figures - politicians, businessmen, artists, and so on but have always declined to use them (and always shall) because I did not consider it correct to take advantage of someone else's private live to my personal gain.

Is it that I do not belong any more in a world where Big Brother reality shows think it is OK to show people sitting on toilets, making love and whatever and in which this sort of nonsense constitutes peak viewing time or even part of the evening news? Or is it that the corporate media have made modern-day journalism what it seems to be becoming in the quest for Bang! Crash! Wallop! Headlines?

Whatever the case, I am happy at Pravda.Ru, where the onus is on the journalist to inform, present the Truth, and entertain either through presenting a different viewpoint, or through an in-depth analysis which provides more than a glossy and cosmetic examination of the point.