I shot Bin Laden, but I didn't shoot the deputy 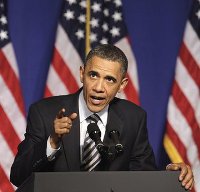 According to the Army Special Operations Forces Unconventional Warfare, September 2008, "Information is a strategic resource vital to national security. Dominance of the information environment is a reality that extends to the armed forces of the United States at all levels. Military operations, in particular, are dependent upon many simultaneous and integrated activities that, in turn, depend upon information and information systems, which the United States must protect...With the free flow of information present in all theaters, such as TV, phone, and Internet, conflicting messages can quickly emerge to defeat the intended effects. As a result, continuous synchronization and coordination between Information Operations, Public Affairs, Public Diplomacy, and U.S. allies is imperative. It also helps to ensure that information themes employed during operations involving neutral or friendly populations remain consistent."

In short, the media in all its forms-mass, blog, social, print, electronic, spoken word-is a physical element to be accounted for in national security operations just like the weather or inhospitable geographic terrain. And that means citizen consumers of information are absorbing content from providers who are accounted for and manipulated by national security commanders (civilian and military) in planning and executing operations.

Shaping the information environment means targeting the media not with violence but with logrolling techniques, trial balloons, trades/leaks, etc. The main stream media (MSM) is the focus of these efforts as the population/culture largely looks to the MSM for guidance on how to dress, think, travel, eat, listen, watch and speak. The Combatant Commands and the US Department of Defense News Services assist in shaping the consciousness of the nation as well.

I Shot Bin Laden, But I Didn't Shoot the Deputy

The National Security Operation approved by US President Barack Obama that ended Osama Bin Laden's was a gem in terms of Military Information Support Operations (though it should be renamed National Security Information Operations). Planning included meeting with editors of US publications like The New York Times, Washington Post and the Wall Street Journal. CNN and FOX, and select allies, were likely briefed as well. These outlets transmit the voices and thoughts of those who take the country to war, set economic policy, and decide whether a Broadway play succeeds or fails.

Even though the original version of the Bin Laden story continues to crumble/change, it was wildly successful in stimulating US nationalism through the media's constant repetition of the matter. Even Hezbollah's website Al Manar carried wires stories from AP on Bin Laden's ignominious demise.

But it is far too early for anyone to speculate what the fallout will be from the targeted killing of Bin Laden and the use of the media to exploit his death and humiliate Pakistan. Kristen Eichensehr's Assassination Policy Under International Law--in the May 2006 issue of Harvard International Review-- cautions against the celebratory madness seen in the USA after Bin Laden's death. It reminds that retribution against US leaders should not be unexpected.

"Publicized US employment of targeted killings in the war on terror made a return to the previous era of credible moral superiority in rhetoric impossible. The preferable alternative to targeted killing of enemies should always be arrest and trial, but in cases where those alternative measures are not available, targeted killing may be the next best alternative. However, careful calculation of the risks and benefits of employing the policy must be weighed before it is implemented. The threat of reciprocity and repercussions for society are serious considerations that are often not given enough weight, and the policy should be re-examined continually to evaluate its effectiveness in decreasing the threat to the employing state's citizens. In some instances, targeted killings are both legal and effective, but for societies founded on principles of human rights, they should never be the first choice."

Higher on the list of tasks for the Navy Seals, than terminating Bin Laden, was to gather information/intelligence from Bin Laden's hideout that would allow further exploitation and shaping of the domestic and global information terrain; and, hence, public consciousness on matters of national security. Indeed, much appears to have been collected by the pickers on the Navy Seal Teams (designated shooters and pickers of information) in the form of hard drives and other electronic/print media.

This has provided the National Security System, led by President Obama, to "do a Wikileaks." Over the coming months (and years?) bits and bytes of Bin Laden's operation will be given to, or leaked to, favored media outlets. The Hollywood liaison offices at the Pentagon and elsewhere will be busy working with script writers for the Bin Laden story to further shape the information environment via the movie screen.

Cry Havoc! Let Loose the Electrons and Photons of War

Like their US counterparts in the national security machinery, The Islamic Emirate of Afghanistan has similar views on the importance of media exploitation. They are savvy too.

"Wars today cannot be won without media. Media is directed to the heart rather than the body. The weapon is directed to the body. If the heart is defeated the battle is won and the body is defeated. In the beginning, with the fall of the Islamic Emirate, the enemy thought that the field was completely open before them, and they spread their lies and falsehoods that they had destroyed the Islamic Emirate and its Mujahideen and that their victory in the land of Afghanistan was complete. All of their resources, especially their media were directed towards changing the ideas of Afghans and injecting defeatist thought into them and instilling in them a petrifying fear of the new occupiers. First through the grace of Allah, subhanahu wa ta'ala, then through the victories of the Mujahideen and their rightly guided leadership; and after defeats were inflicted on the enemy on the field of battle, a media committee was established to contest with the enemy in the (media) field.

Among other committees, the Islamic Emirates established a special Media Committee to spread news about Jihadist activities in different fields and chase away the voice of the unjust enemy who, before the entire world, was distorting the image of the Jihad in Afghanistan and was claiming false victories here and there over the Mujahideen. Need called for the existence of a media agency to take responsibility for the Mujahideen in Afghanistan; speaking on behalf of the Islamic Emirate; delivering news of its victories on the battlefield to its friends and to the world; exposing the falsehood of its enemies and their media; responding to the claims and its daily changing deceptions; and delivering to the world the voice of truth and jihad and its point of view about current Jihadist events in the land of Afghanistan.

Our website specializes in conveying field reports from the combat zones and publishing the statements of the Ameer ul-Momineen and the statements of the Command Shura Council about different issues pertaining to Jihad, in addition to articles and official analysis. They have many sections: for example there's an Islam page, a magazines page, and a page for films produced by official studios. We also print magazines and statements and distribute them in popular circles at home and abroad. Additionally, we produce different publications and regulations and distribute them among the Mujahideen. There is also a "Voice of Shari'ah" that broadcasts news and official statements day and night."

Civil and Military Become One, Media a Tool

It now seems ridiculous to use the term "military operations" since the lines differentiating civilian and military practice have long since ceased to exist. The only notable difference between civilian and the military is in the clothing; one sports a Brooks Brothers business suit, the other military gear adorned with awards.

At any rate, President Barack Obama implied as much in his National Security Strategy of the USA. As a matter of policy, America has gone "beyond traditional distinctions" indicating that America's homeland defense, commercial activities and military operations have all fused together to defeat terrorists, drug lords, the black market, et al. The moniker selected for this is "Whole of Government, Whole of Nation" effort which the world will hear more of in the coming months and years.

Better now to think of the USA as a National Security System. National Security Operations are conducted on either the strategic or tactical level using any one or all of the USA's instruments of national power as excellently defined by the US Army's Unconventional Warfare manual cited above. Those elements of power are diplomatic, information, military, economic, intelligence, law enforcement, and financial.

So, where to turn to for the news? How to differentiate between news content of Al Manar (Hezbollah) and the New York Times? How to know whether the Washington Post or Press TV (Iran) has the right angle on the story? The "bad guys" at those publications are carrying items off the AP, Reuters' wires. They report on floods in the US Midwest like their US counterparts. Al Manar is a huge fan of NBA basketball and LeBron James. And what to make of the reporting style of Xinhua (China) or the Daily Star (Lebanon)?

The US Army Special Forces document cited above outlines the dangers of a centralized media. The hazards are real, the battlefield is everywhere now, and the mind, or heart, is the target.

Understanding the operation of the National Security System is not hard if one is an educated information consumer, a student of the information terrain cognizant of the doctrines used by those who manipulate and attempt to shape individual and collective thought. Marketers selling soda and beer use techniques that are similar.

Before forming opinions based on information provided by the media be it Fox News, Press TV, Al Manar, the Wall Street Journal or the Washington Post, beware the hazards of National Security Operations.

Hazards of centralized mass media include the following: 1.) A disproportion of power occurs and disproportionate informational power accrues to those who control centralized mass media; arguably, it is inherently undemocratic. 2.) An inability to transmit tacit knowledge; the context of content presented must either be explicitly explained or is assumed to be understood by the receiver. 3.) An inclination to focus on the unusual and sensational to capture the receivers' attention, leading to a distortion and trivialization of reality. 4.) The deliberate promotion of emotions such as anxiety, fear, or greed can be used to sell a particular agenda. 5.) An inability to deal with complex issues because of time and economic constraints leads to simplification, further distorting and trivializing reality.