The Royal Wedding and Freedom of Expression 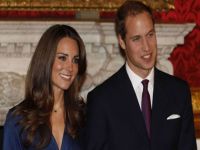 The movement Muslims Against Crusades has thankfully called off its planned act of disruption during Friday's royal wedding between Prince William and Kate Middleton, giving the excuse that it is due to a threat of an attack against its members. With some saying that the movement's civil liberties have been violated, where do rights and freedom begin and end?

While it is the right of every human being to conduct a peaceful act of protest, a right guaranteed under such documents as the European Convention on Human Rights (1950, Art. 9-11) and the International Covenant on Civil and Political Rights (1966, Art. 18-22), there is a place and a time for everything. For example, a demonstration, however peaceful, by pro-Taleban sympathisers in the town of Wootton Bassett, where the bodies of British servicemen are repatriated, would be an act of demonstration, or provocation?

And an act of disruption affecting the wedding of Prince William and Kate Middleton, a private affair and not a political or State event, would also be wholly out of place. Indeed, there is a time and a place for everything and common human decency dictates that one does not blow raspberries and have a fit of giggling during a funeral any more than one makes derogatory homophobic remarks during a gay pride event.

The argument as to whether homosexuality should be flaunted in public through acts which are susceptible to shocking members of society (mouth-to-mouth kissing between homosexual couples in public) is as emotive as it is difficult to draw the line. What about kissing among heterosexual couples? Supposing he has his hand on her breast? Or her backside? Or suppose she has her hand on his...? Surely if the former should express their sexual preferences behind closed doors, then so should the latter if gender equality exists and discrimination based on sexuality does not.

So where would the proposed Muslims Against Crusades event during the Royal Wedding fit in? True, it has been called off, but for what reasons? Because of a perceived threat of attack against its members. But these are not merely poor innocent demonstrators standing up for a cause. Their website is, in two words, a hate site, complete with the threat not only to hold a demonstration during the wedding but, I quote "Muslims to DISRUPT Royal Wedding" and what is wholly unacceptable, pictures of Prince William dressed in military uniform alongside Muslim children killed during action by British forces and worse, references to Prince William as a "Nazi" and his "yearning desire to commit acts of terror and Nazism".

The fact that this hate-filled nonsense has not been taken down and those who placed it have not been prosecuted for incitement to commit acts of violence or for libel is as much a positive comment on the British society these people live in, as it is a derogatory remark on their own lack of integrity, civility and common decency.

Muslims, like Jews and Sikhs and Copts and Buddhists and Catholics and Protestants and Shintoists and atheists have always had a place within British society and their right to speak out has not been suppressed for centuries. This is why it is important to draw attention to this group, not to give them the publicity they do not deserve, but to point out the fact that they are doing a huge disservice to the Muslim religion and culture, a noble culture of peace and fraternity.

Politicising events which involve armies and states and grand-staging a civilian and private affair such as a royal wedding, which brings into play the very essence of nationhood, or national pride for the best Britain has to offer - a wonderful event of pageantry, culture, history which is an ode to what being British involves, for all the right reasons (coming together around the figure of a future common King) - is not an act of demonstration, it is a blatant act of provocation of the most despicable form.

Furthermore, coming from a group which uses such a horrific hate-filled website, it is perfectly apparent that any claims to freedom of expression are facetious, insolent and two-faced excuses for troublemaking.

The argument as to whether British aircraft should be bombing Libya, or as to whether Muammar Al-Qathafi is a hero or a villain is a long one, and indeed the side presented by the British government is only one very flimsy side of a complex issue which upon deeper study would point towards a manipulation of the media and therefore public opinion creating a demonology around Al-Qathafi which he does not deserve.

However, it is an argument which does not belong in London and much less in Westminster, on April 29. What does belong is a spirit of friendship, of goodwill and of love, coming together to enjoy the occasion of a Royal Wedding and to celebrate the union of two good-looking and down-to-earth, simple young people who are a credit to themselves, the monarchy which they represent and everything positive about their country.

True, many British non-Muslims have expressed themselves against the Iraq war, against the involvement in Afghanistan and a growing number are convinced the British government should not have got itself involved in Libya. And the vast majority of British Muslims are proud to be British, are happy to live in Britain and are free to express their religion and culture, which they do in an unobtrusive and non-threatening way.

Yet just as at a funeral one refrains from making jokes and giggling, one does not politicise religion or evoke matters of state at a wedding. Civilised people do not, anyway.

I should like to finish with my heartfelt best wishes to Prince William and Kate Middleton, wishing you both a long and happy marriage where your collective strength as a couple can surpass any obstacle which life places in your path. Let us hope the guttersnipe media finds it within itself to refrain from making your lives difficult and to give you the space you deserve to live your lives as you please for if freedom of expression exists, so does the right to privacy. God Bless!