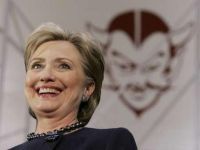 Presidents Obama, Sarkozy, PM Cameron for once in your lives admit that you have got it wrong. Yes, it is a wonderful soundbite to say out loud "Freedom! Democracy" but empty words have to be backed up my much more than a manipulated mass media to provide a causus belli for the millions of intelligent people who these days don't buy your crap.

Crap is the word, taken from the British engineer Thomas Crapper, the inventor of the flush toilet...and talking about inventions, maybe Presidents Obama and Sarkozy and Prime Minister Cameron should read Muammar Al-Gaddafi's Green Book* (perhaps President Obama could explain why the Gaddafi website** is now hosted in Russia, having been chased off the Internet elsewhere?) Freedom of expression, what? (chortle...'kin hypocrites). (No, you deserve it and more). 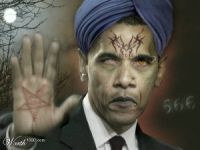 Free housing. Free education. Free healthcare. Free use of land, not only for those who work it but also for their descendants. Social mobility. The Third Way. Prostituted by Clinton and Blair, implemented by Muammar al-Qathafi.

No, they have not. Now let us move on to the darlings these three support, the "rebels". In this column we have stated time and time again who and what this crap is. This crap is basically armed terrorists with connections to Al-Qaeda, Islamist fanatics who have fought in Iraq and Afghanistan against President Obama's GIs, against David Cameron's British troops. Has nobody noticed that they indeed sport beards (Gaddafi calls them the "bearded ones")? Does anyone know what that means in their culture? Google up Beard, Islamist fanatic and Al Qaeda. Oh, and Allahu Akhbar. Lo and behold = Benghazi Islamist terrorists (sorry, unarmed civilians, choke). Muammar Al-Qathafi is not liked by Islamist fanatics in Eastern Libya, because he spoke out against the stoning of women and the killing of homosexual men and humiliated a number of Islamic clerics on a live televised debate. 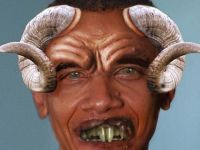 Abdel-Hakim al-Hasidi, the rebel leader, was fighting for Al-Qaeda in Pakistan against the British and American troops, was handed over to the Libyan authorities where he was imprisoned and released 6 years later, having been treated humanely. Indeed, Muammar Al-Qathafi was about to receive a humanitarian prize from the UNO in March, for his excellent treatment of minorities and respect for human, economic and cultural rights.

Muammar Al-Qathafi is not fighting against innocent civilians, he is fighting an armed insurrection planned, aided and abetted from abroad. And how sickening it is, Messrs. Obama, Cameron and Sarkozy, that you are lying to your people about the real cause for this war. You started it, Al-Qathafi is winning it.

And where in the UNSC Resolutions 1970 (2001) or 1973 (2011) did it mention that removing the Brother Leader of the Libyan Arab Jamahariya (democratic people's governance councils) was an option? 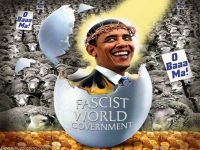 An ethical foreign policy is what? Starting a revolution, arming and aiding Islamist rebels to do the dirty work (as in Afghanistan, as in Kosovo, as in Bosnia), claiming it is not about regime change, then when it is patently obvious that Libyans love their Brother Leader Muammar Al-Qathafi, claim "this is not going to stop until he goes"...is that an ethical foreign policy?

You three will answer for your war crimes in the annals of history and in Hell. You three are hated by countless millions of people whose opinions you have no access to. Until then - Boycott USA! Boycott France!*** And let us all support the Great Socialist Libyan Arab Jamahiriya of Muammar Al-Qathafi!!

Justice has to be done, and let it be now.