The stupidity of Sarkozy 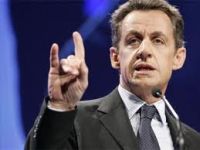 From the 16th to the 20th centuries, France colonised vast swathes of territory, including many areas inhabited by Moslems. Did the French colonial and imperial masters adopt the customes and lores and laws of the territories they had occupied with the Bible and the bullet?

Or did France for example slaughter between 500,000 and 1.5 million Algerians during the Algerian War of independence? Did France keep Algerians in barbed wire fences? Did French troops target civilian structures and agricultural produce? Has France ever accepted its responsibility in the Algerian genocide?

Why can Moslem women not act and dress as they please in France today?

Why is Sarkozy stupid?

Is Sarkozy stupid? Yes, he is. Pigshit-thick, obtuse, idiotic and a pucker little fascist. The man is an idiot, a racist and a xenophobe.  Imposing a ban on face-covering Islamic veils...why doesn't he send his gendarmes into Christian churches to arrest the brides every Saturday and Sunday between now and the end of the Summer?

In France today a lady cannot wear a veil, if she does she will have to pay a fine of 150 EUR (215 USD) and take a "citizenship course". So, brides of France, come out on the streets.

And ask Sarkozy to answer those questions regarding his country's past history in Algeria and elsewhere.