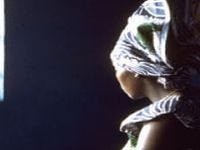 UN Women is launching a web-based platform which provides information on initiatives taken to end violence against women and girls, understanding that knowledge is the key to awareness, action and the foundations of resources, services and laws to eliminate this scourge.

The website * is available in English, Spanish and French and is constantly being added to, providing "a web-based platform that brings together programming know-how and lessons learned from initiatives on ending violence against women and girls around the world" and launched by UN Women's Global Virtual Knowledge Centre to End Violence against Women and Girls.

In their paper "Violence against women: an urgent public health priority", Claudia Garcia-Moreno (a) and Charlotte Watts (b) claim that "investment in prevention and in services for survivors remains woefully inadequate" despite the fact that gender-based violence is the focus of Millennium Development Goals 3,4,5 and 6. For this reason, data is also sparse in certain regions, such as North and West Africa and the Middle East.

Violence against women has a tremendous social but also economic cost, amounting to many millions or even billions of USD in some countries and has important knock-on effects for the future: in many cases low school achievement, drop-out rates and their negative contribution towards welfare and education statistics.

The statistics are as horrifying as they are incredible, but they are unfortunately true. In the USA, 17.6% of women have undergone some form of rape. 21.6% were younger than age 12 when they were first raped, and 32.4% were between the ages of 12 and 17 (c). Many of these were performed by someone known to the victim. In the USA, half the domestic violence incidents are reported to the authorities and only 37% of rapes, while someone is sexually assaulted in this country every two minutes. 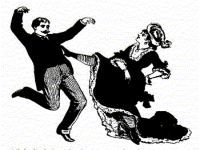 Despite the horrific personal costs of a rape or sexual assault, only around 5% of the perpetrators actually spend some time in prison. At the same time, some 55,000 women and children are trafficked annually in the United States of America.

However, the USA is not alone in these statistics - it is just one example among many. 60 million girls disappear each year, many from Asian countries, as a result of sexual crimes and one third of women, worldwide, experience some form of violence. A further 4 million women and girls are trafficked annually, while one million girls enter the sex trade.

90 million African women have been the victims of Female Genital Mutilation while in some parts of Africa, between 17 to 22 per cent of girls aged 15 to 19 are HIV positive. 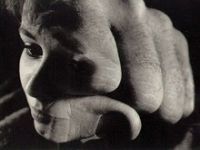 Shocking statistics, yet true ones and the trend shows little sign of abating.