The Pentagon: The Kill Team 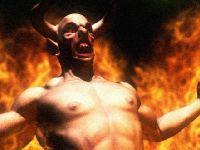 The world is by now aware of the latest scandal involving US troops in Afghanistan, in which a group of soldiers went on a shoot. Not only a photo shoot but murderous rampage killing civilians - including innocent children - then posing smiling beside their trophies. The question arises, what moral right does this country have to be global policeman?

Abu Ghraib was the start of it - sickening pictures of representatives of the US authorities committing acts of torture, sodomy, warped and deviant acts of sexual perversion, urinating in food, and so on, for day after day after day on people held illegally, without trial. It went on to the concentration camp of Guantanamo Bay, Cuba.

The USA has long spoken about human rights on this island. Guantanamo Bay negates all of that and adds to it. Prisoners were again tortured, held for years without trial, in a clear breach of due process. In its attempt to circumvent national terrestrial laws, holding prisoners in territories supposedly outside the areas of national jurisdiction, torturing them in aircraft and aboard vessels, or in third party countries bullied into allowing CIA torture flights, Washington forgot there is something called the UN Universal Declaration of Human Rights, signed in 1948, which governs such cases across the globe.

The sheer energy involved in trying to find legal loopholes was perhaps as morally degrading as the acts themselves were examples of the most blatant violations of human rights, common decency and norms of behaviour seen anywhere since the unspeakable cruelty of the concentration camps during the Second World War.

Fast forward to 2010, and it's happened again. Not only has a platoon of US servicemen been caught murdering civilians, including children, but also desecrating the bodies and posing smiling beside their...trophies. Now, what sort of "person" does the United States of America allow into its armed forces? This is not a one-off, rogue soldier who runs amuck. It is a constant list of psychopaths who not only represent their country, but their country is responsible for them, for whose acts it holds all liability - they are after all members of its armed forces.

And once again we have the cover-up. From none other than the Pentagon. What sort of a "person" sits in there? We had Donald Water Boarding Rumsfeld (how would he like it if someone water-boarded him?) and now Gates, at whose feet this buck stops.

Why is he still in his position? Anywhere else on earth he would have been forced to resign if he didn't have the human decency and courage or manliness to do it himself, which he evidently does not.

Members of the third platoon of the fifth Stryker Brigade (from Tacoma, Washington), set out in a convoy of military vehicles on January 15, 2010, looking for "savages" to kill, buoyed by the feeling of frustration at NATO's combined might having been incapable of defeating the Taleban, a force they classify as 30,000 strong, after a decade. The locals admit the Soviets were far, far tougher.

Gul Mudin. A fifteen-year-old farmer's boy, working alone in the field, was the first of a long list of civilians to be murdered in cold blood by this troupe of demons sent from Hell on Earth.

The images are available below in the links from the original story from Mark Boal*, the Kill Team.

Yet the real Kill Team is not only these soldiers, it is also the Pentagon. After unleashing illegal wars, spending thousands of millions of the US taxpayers' hard-earned dollars on killing people, bombing civilian facilities then doling out rebuilding contracts without tender, after building concentration camps and torture chambers, now this, and the frantic attempts by the Pentagon to cover it up.

If the USA can call the Libyan Brotherly Leader "Gaddady" we can call the US Defence Secretary "Gates". How Gates is still in his job, defies logic. Once can only assume that the Satanic regime presided over by the neocon stooge, Obama, who destroyed any iota of credibility with his murderous savage attack on Libya supporting Islamist fanatics in Benghazi, AQIM and Al-Qaeda in the Sahel region, has closed ranks behind yet another example of what can only be described as Hellish and demonic behaviour.

What gives with the USA and what moral right does this...country...have to be global policeman? It started with Yugoslavia, continued with the quagmire of Afghanistan and Iraq, and now Libya. It appears they will only stop when the people of the USA wake up and start asking where their money is being spent, by whom and for what.

Link to videos. Warning: the first one is especially shocking. Extreme viewer discretion advised, it is extremely disturbing