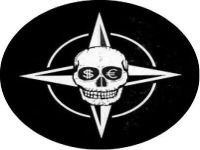 The ink was still fresh on UN Resolution 1973, and the western (bought) media were already speaking about air strikes and how to help the rebels. Two mistakes here - firstly, that was not the scope of the document and secondly, why are President Obama and Prime Minister Cameron deliberately misquoting the words of Muammar Al-Qathafi?

NATO and terrorism are one and the same thing and the latest sickening display from this military wing of the oil lobby which gravitates around the White House makes it patently obvious that this evil force is endemically hell-bent upon a policy of violence to perpetrate greed. In Libya, NATO has got it monumentally wrong - again.

The ink was still fresh on UN Resolution 1973, and the western (bought) media were already speaking about air strikes and how to help the rebels. Two mistakes here - firstly, that was not the scope of the document and secondly, why are President Obama and Prime Minister Cameron deliberately misquoting the words of Muammar Al-Qathafi?

The Brotherly Leader of the Great Socialist People's Libyan Arab Jamahiriya had not sworn to show no mercy to the people of Benghazi - he had given the "rebels" (armed groups of thugs) a window in which to lay down their arms and had said hat he would show no mercy to those launching this armed uprising. He was not speaking about massacring civilians in Benghazi - many of his supporters there have already been murdered by the "rebels".

Is it legal or acceptable in France, Britain or the United States of America to take up arms, torch buildings, massacre unarmed civilians (the "rebels" did this in Benghazi) and commit acts of terrorism? No, neither is it in Libya.

The fact that President Obama and Prime Minister Cameron deliberately twisted the words of the Libyan statesman, misquoting him and taking them entirely out of context does nothing to foster the notion that they are either reasonable, or balanced, or competent to perform their roles. What they have done is to join President Sarkozy in committing an act of terrorism against Libya as NATO strikes against Africa and turns its might against the Arab world. The Crusade has begun, Libya is but the first stage.

The adage in Iraq was today a child, tomorrow a terrorist so blast his face off him, blast his limbs off him and destroy his family. That is why cluster bombs were dropped in civilian areas. Then the oil companies moved in. The adage in Libya seems to be protect the Libyan people by allying with Al-Qaeda, instigating revolt in the oil-rich endemically separatist area of Cyrenaica, Benghazi being its capital, installing a Washington-friendly regime...then the oil companies move in.

For the war mongerers Cameron, Obama and Sarkozy, a few questions. Did you know that in 1951, Libya was the poorest nation in the world? Did you know that today it has the highest human development indices in Africa? Have any of you three implemented free housing programmes in your countries? No, you have destroyed people's hopes by creating systems whereby people cannot afford to keep their homes.

Have any of you implemented free healthcare schemes? No you have turned healthcare into a business. Do any of you distribute land for free and donate agricultural equipment for free? No, you impose tariffs on imports from poor countries and give subsidies to your own farmers, while pretending to follow the precepts of the WTO.

How do you justify the attacks on civilian targets in last night's raids? These are war crimes. Did you know that three medical facilities were hit? What kind of "dictator" distributes arms to a million citizens? Where is the no-fly zone over Bahrain and Yemen, where unarmed civilians are being slaughtered by your friends?

And now for Mr. Cameron. Have you bothered to explain to your people, as they are faced with your savage, barbaric and inhumane attack on British society by your ludicrous and totally unnecessary public spending cuts, how much it costs to take part in this unfettered act of terrorism? Then I will inform you the cost per aircraft per day is in the region of 200.000 GBP. That is 35.000 to 50.000 GBP per flying hour per aircraft - of your taxpayers' money. How do you justify spending that kind of money bombing hospitals, when you cut the spending for your National Health Service?

So much for your public spending cuts.

Now for the truth: The "rebellion" in Libya is based around Islamic fundamentalists in the historically separatist hotspot of Benghazi. The Libyans call them "the bearded ones". The "rebellion" has been instigated by the West. It failed, and when the military forces of Colonel Al-Qathafi won the initiative, they panicked. They refused the Russian-sponsored resolution of a ceasefire and they tried to push through a Resolution allowing a full-scale military invasion.

When that was quashed by Russia, China, India, Brazil and Germany, all they got was a no-fly zone and permission to use military force to protect civilians. But the Libyan authorities are not fighting "civilians". They, like the West, are fighting Islamic terrorists.

And Presidents Obama and Sarkozy and Prime Minister Cameron have the murders of 64 people on their hands. These men are responsible for the indiscriminate use of military resources against civilian targets in Libya, including allegedly three medical facilities, outside the scope of the UN Resolution. Ladies and gentlemen, Cameron, Obama and Sarkozy are responsible for war crimes.