Libya: The position of the Russian Federation 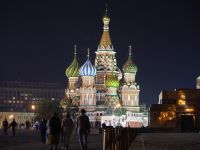 The UN Resolution 1973 and the ceasefire offered by Libya is a victory for the diplomacy of the Russian Federation, which has managed to implement what Moscow suggested a few days ago, and managed to hinder the more belligerent impulses of certain international partners.

The decision not to veto the UN resolution 1973 to enforce a no-fly zone is a victory for the diplomacy of the Russian Federation, which has averted a military invasion with ground forces - the original intention of the countries which proposed the measure. The result was that Libya has offered a ceasefire - which was that Russia had proposed a few days ago, a proposal that did not arrive at a resolution because of the willingness of international partners to intervene... militarily.

Thus, Russia avoids the military intervention of her more zealous partners from using force, while expressing her concern to protect civilian lives - and the declaration by the Libyan authorities of an immediate ceasefire means there can be no intervention by air.

The proposal by Resolution 1973 was issued by Lebanon, the United Kingdom, France and the U.S., imposing a no-fly zone, not allowing the Libyan aircraft to take off from, land in or fly in their airspace if the flight had not been expressly authorized by the UN Sanctions Commission.

The resolution needed nine votes and no veto to pass; it received ten votes and five abstentions (Germany, Brazil, PR China, India, Russian Federation). The envoy of the Russian Federation to the UN, Vitaly Churkin, said his country abstained, although the position of Russia against violence in Libya was clear.

He stated that work on the resolution was not in tune with the practice of the Security Council, with many questions remaining unanswered, including how it would be enforced and by whom, and what are the terms of engagement. His country did not prevent the adoption of the resolution, but he was convinced that an immediate ceasefire would be the best way to prevent loss of life. Russia, in fact, had pressed for an earlier resolution calling for a cease-fire that could have saved many more lives. Cautioning against unforeseen consequences, he stressed that there was a need to avoid destabilizing the region.

Russia thus did not veto the draft resolution because she wanted to act according to the basic principles of the UN including the protection of civilians. "We strongly support the consistent and unconditional protection of civilians. According to this principle and essential humanitarian values Russia shares with co-authors of the project and other members of the Security Council, Russia has not stopped its adoption," said Vitaly Churkin. 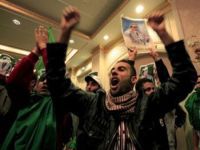 However, the "absolutely logical and specific questions regarding maintenance of the exclusion zone area had no response". He also said that another resolution, proposed by the Russian Federation on March 16, on the need to appeal for a ceasefire in Libya (which happened today) has not, unfortunately, received support from other partners more interested in measures of force".

The final document has nothing to do with the original that was proposed, which contained references to a large-scale military intervention, which the Russian Federation and its partners (Germany, Brazil, China PR, India) avoided.