Portugal protests: Revolt of the Generations 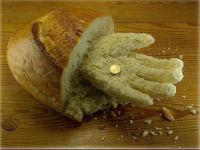 Portuguese society took to the streets in eleven cities on Saturday afternoon. Hundreds of thousands of people of all ages and political leanings came together to send a clear message to Portugal's political class to start implementing policies which create a future for the country's youth. How many all over Europe are feeling the same frustration?

300,000 people (at least) filled Lisbon's central Avenida da Liberdade (Freedom Avenue) shouting slogans such as "Thieves out!", "Portugal! Portugal! Portugal!", "With a precarious situation, no freedom!", "Sócrates resign!" In Oporto, the Praça da Batalha was packed full, a situation repeated up and down the country.

The main characteristic of today's demonstration was that it was organised for the country's youth by the country's youth, a great deal of work having been done by voluntary civil society organizations using social networks; another feature was that those who took part were not only young people - there were demonstrators from all walks of life, all generations and all political persuasions, from the far left to the far right.  They came together to tell the Government of José Sócrates: Enough!

Yet it is not only the present Portuguese government (Socialist, in name only) which is at stake - it is all the governments since the Portuguese Revolution of 1974, which have failed utterly and totally to create a model which caters for the interests of Portuguese society.

Successive governments from the same three parties (PSD - Social Democrats; CDS-PP, Christian Democrats/Conservatives; PS - Socialist Party, currently an insult to the word Socialism) have since 1974 - for nearly four decades, wholly failed the people who elected them. One of the slogans chanted today was "President, dissolve Parliament!" Yet the strange thing in Portugal is that the people carry on electing the same Parties, maybe following the premise that if you drop water on a stone, eventually it will drill a hole.

The precarious situation in which the Portuguese youth finds itself - studying hard for years to what end? - and then in many cases working not as a full-time, fully-integrated employee but either part-time or working as a temporary or external worker, means people are unable to formulate plans for buying a car, getting credit for a house and starting a family. They are unable to start a life.

The alternative is to go abroad. Therefore it is no surprise that the anger felt by Portugal's generation of tomorrow exploded in demonstration - an orderly one - against politicians whose collective ineptitude and absurdity was summed up by the ridiculous speech from the Portuguese President Silva, who favours a liberal approach to the economy (an approach which was totally and wholly defeated in the recent economic and financial crisis) and who mentioned the importance of the family as the pillar of tomorrow's society (how? if his PSD Party has played an equal part in the failure to create a future - and his personal responsibility in the abysmal management of European Funds after Portugal's adhesion must not be forgotten - he was Prime Minister for a decade just after Portugal joined the European Community).

For the few that do manage to land a job (these days mainly those with contacts), they will find a working environment where they are supposed to work 35 to 40 hours a week like the rest of the Europeans but in fact are expected to work far longer, well outside the timetable stipulated when they signed their contract. Let us see (verbatim) how the interview works...

This happened during the past week in an office in Lisbon. A young mother went for a job interview, which started as follows: "Ah, you've got kids, eh? Well then, you don't want to work here, we start at eight and finish at the earliest at nine p.m., usually far longer, Saturdays, Sundays, nights...".

How many interviews start like that, with the expression "this is a work post, not a job"? And that, for 500 Euros, a lifetime of sacrifice, an abominable standard of living fraught with dramas and difficulties, successive governments asking for more sacrifices and falling further and further behind the rest of Europe, low salaries and high prices and then a miserable retirement pension?

It is no wonder the Portuguese took to the streets. However, you can bet that in the next election, they will once again vote for a government led by the PSD or PS. Talk about obtuse...

Caption: Não pago! (I am not paying)