As the journalists continue to follow the events in Libya, so does the public. Our new interactive format, which allows our readers to comment on the articles, has seen Pravda.Ru over the past few weeks receive numerous interesting comments from those who have been interested in this situation, which we are happy to synthesize below. 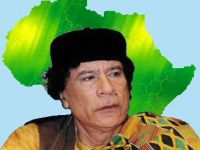 Let one thing be perfectly clear: those who manufactured those Libyan flags from the time of King Idris, those who are arming, aiding and abetting the "rebels" (terrorists according to the western media referring to the same types of actions in other countries) are responsible for what is going on. Suppose the western media is misleading us?

"He's gotta go," says David Cameron, Prime Minister of the United Kingdom about Muammar Al-Qathafi. The thing is, who has done more for his people? From President Obama, surprisingly, the same call. Yet the Libyan is not a protagonist who is dying for his own war to become a hero, because his disastrous policies at home are making him unpopular.

Unlike David Cameron, Muammar Al-Qathafi has invested in his people; he has not slashed education funding, he has increased literacy rates from 10 to around 85%; maybe those who support the flags from the pre-Qathafi era would like to have a reminder of the statistics from those times, because for sure those who fabricated these flags and transported them across the Tunisian and Egyptian borders will send Libya and the Libyans back into the dark ages from which Muammar Al-Qathafi freed them.

Let another thing be perfectly clear: the western media is misleading us and is trying to hide the interference in the internal affairs of a sovereign member of the UNO. Let us see some of the many comments from - and a presentation of several points raised by - our readers...

1. Why did the Libyan "revolution" not start in the capital, Tripoli, but rather in the separatist region of Cyrenaica?

2. Is it important that Cyrenaica is the oil-rich region?

3. How come the terrorists in Libya are referred to as "rebels" yet in other countries in the region they are "terrorists"?

4. How come the authorities of any sovereign nation have the right to impose law and order after armed insurrection, but Muammar Al-Qathafi apparently does not (according to Western media)? What does any civilised nation do when rebels burn buildings, kill women and children (oh didn't the western media publicise this?) and slaughter and torture unarmed civilians? In most countries the authorities have the right to react.

In the case of Libya, it is facing an armed insurrection fuelled by interfering foreign powers, marauding gangs of terrorists aiming to settle tribal scores, all for the right price.

5. How is it possible that the poorly equipped "rebels" "now have access to more sophisticated equipment" (SKY News). Where did it come from?

6. How to explain the fact that Dutch and British special forces have been detained operating inside Libya?

7. Why does SKY News concentrate on the same screaming child in a Libyan hospital, every single day, a child who seems to be screaming because he is more afraid of a syringe than due to any injury? Is it correct to manipulate public opinion using images of children? 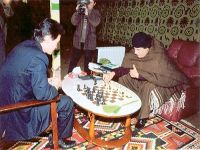 8. Why does the same news channel show a man with a flesh wound from "heavy weaponry" while the bullet is visible on the surface of his skin? Why is Dominic Waghorn reporting the "truth" when last Summer he came to Portugal to hide it?

9. Why did the western media report that civilians had been bombed, and then Saif Al-Islam Qathafi entered a Sky News vehicle, saying for them to take him where they wanted, and the SKY crew was unable to find the areas they had said his "regime" forces had bombed?

10. Why did the BBC lie about an air strike that never existed?

11. Why did the BBC admit that the Libyan Air Force had been purposefully not hitting human targets? Then say Muammar Al-Qathafi is a "dictator" "slaughtering his own people"?

12. Why has the western media been saying that Muammar Al-Qathafi has been throwing the full force of his military options against "unarmed civilians" when it is obvious the civilians are heavily armed and he has not yet even started to use all the weaponry at his disposal?

14. Why is the unrest always worse after Friday prayer service? Are we seeing another CIA-Mujaheddin type alliance? The type that saw the launch of the Taleban in Afghanistan?

15. Why is it that whenever there is a western camera present, someone unfolds one of those idiotic flags from the time when the people of Libya were illiterate and oppressed?

16. How come Muammar Al-Qathafi turns up wherever and whenever he wants in Tripoli?

17. Has Muammar Al-Qathafi disrespected the UNO by using lies to attack sovereign nations outside the auspices of the UN? No. 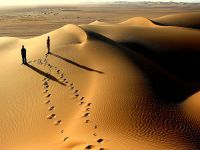 18. Libya is a "carbon copy" of brutal, bloody aggression of NATO on Yugoslavia
and Serbia. Looking at those people running away from Libya to Tunisia in their thousands and western media again doing same thing, telling us that they are running away from "Gadhafi's regime" not from a threat of NATO intervention and their bombs but just like what happened with the Albanians from Kosovo, the aggressor is intervening on "humanitarian grounds".

19. Gadhafi has to be put on trial for Genocide and violation of human rights but GW Bush, Tony Blair and Greschner should receive the "Nobel peace prize",

20. When the West waged its genocidal 1st war for the conquest of Kuwait and Iraq, the hundreds of thousands of third country nationals that fled from Iraq did so not because of having had to suffer any hardship due to Iraqi rule, but rather because of starvation and acholera epidemic resulting from an inhuman total blockade imposed by NATO (food items and chemicals--employed---in--water--treatment--plants were especially prohibited).

21. The WESTERN MAINSTREAM media has completely FORGOTTEN about the human right to life of all the Libyan civilians unopposed to Gaddafi who are being massacred or maimed by the foreign insurgents just to terrorise the remaining populace and make a point. Just as this very same media cared not a fig about the thousands of apolitical innocent civilians that were brutally executed (by stoning, electrocuting etc.) by the Bush & Hillarity-backed Taliban within days of having overran almost three-fourths of Afghanistan with NATO weaponry in the late 1990's.

22. Few other countries live in such a social comfort, as Libyans do. They have free health care system and treatment. Their hospitals are provided with the best medical equipment in the world. The education in Libya is free of charge. Talented youth have an opportunity to study abroad at the expense of Libya. After getting married, a couple can get more than 60 thousands dinar (50 thousand dollars) of financial help. State credits are non-interest-bearing, and often the principal is written off as well. Automobile's prices are considerably lower, than in Europe and affordable for everyone. Petrol costs 18 cent, and bread 4 cent. Libyans have been provided a very good environment as regards social and job-security, and their general educational level (both males and females can be seen pursuing all branches of university education) is better than that in so-called very affluent Arab countries like Saudi Arabia.

23. When a DUTCH helicopter carrying several mercenary Dutch soldiers including a jingoistic woman, (allegedly on a sabotage-cum-espionage mission to undermine Libyan national defence right in the hometown of the leader Col. Gaddafi ) were captured by Libyan defenders, the DUTCH government finally acknowledged that its warship:- the TROMP, has indeed been lurking in the high sea off SIRTE and the captured helicopter had lifted-off from there.

24.  When will the world understand the US modus operandi. Befriend, Praise, Infiltrate, Subvert, Destroy. It has become cliché and yet people still fall for it. It is true there is an upper limit to intelligence but stupidity knows no bounds. Let it be a warning to all those who believe that the US/Israel and other Zionist minions can be trusted allies. The process, preparing the world for the invasion of Libya, is so reminiscent of the one prior to the Iraq war, that only those severely challenged can fail to see it.

25. Surely the Libyan armed forces have shown restraint, more than aggression. Let's face it, they could raze the cities and towns if they wanted. They have been going in, causing limited damage to the terrorists and have pulled back out again limiting the human and material damage.

26. But when price increases in major Libyan cities sparked a wave of discontent, imperialism seized the opportunity. They concluded that it was time to get rid of Gaddafi, an always uncomfortable leader.

The riots in Tunisia and Egypt, protests in Bahrain and Yemen have created very favorable conditions to instigate demonstrations in Libya. It was no accident that Benghazi emerged as the hub of the rebellion. Major transnational oil companies operate in Cyrenaica, the ends of pipelines and gas pipelines are located there.

The National Front for the Salvation of Libya, an organization financed by the CIA, was activated. It is instructive that it was the city to see the rapid emergence in the streets of the old monarchy flag and portraits of the late King Idris, the tribal chief Senussi crowned by England after the expulsion of the Italians. A "prince" Senussi suddenly appeared to give interviews.

27. In relationship to the status of women in Libya, "The delegation indicated that women were highly regarded in the Libyan Arab Jamahiriya, and their rights were guaranteed by all laws and legislation. Discriminatory laws had been revoked." (Report of the Working Group on the Universal Periodic Review, Human Rights Council, Jan. 4, 2011, p. 4)

Many thanks to our readers for making Pravda.Ru the interactive and interesting alternative must-read on the Net!