100th International Women's Day: Much more to do 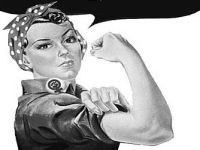 March 8, 2011. Today we celebrate the centenary of International Women's Day, a public holiday for many years in Russia, we celebrate a century of tremendous victories for women's rights. Yet rather than taking all that has been achieved for granted, we must remember far more remains to be done.

In her address on International Women's Day 2011, UN Women Executive Director Michelle Bachelet celebrates a century of progress, "a century of women using their collective voice to organize for change". Looking back over the last hundred years, she highlights the fact that "When the first International Women's Day took place, women could vote only in two countries. Today, that right is virtually universal and women have now been elected to lead Governments in every continent.

"Women are participating in the workforce in greater and greater numbers and 67 countries have laws mandating equal pay for men and women; 126 countries have guaranteed maternity leave. As we see on our television screens every day, women and girls are mobilizing, alongside men and boys, to advance political freedoms worldwide".

However, she points out that much more remains to be done. Seventy per cent of the world's poor are women, 66% of the world's illiterate are women; women can be decapitated, beaten, stoned to death or buried alive, women can be punished by death for being raped, or for complaining about being raped; women can be forced to have their clitoris surgically removed when they are children so that they will not have an orgasm and "misbehave" (Female Genital Mutilation). 100 to 140 million girls have been the victims of Female Genital Mutilation, 3 million girls per year are subjected to this horrific act of intrusion. 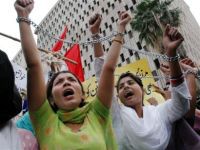 And we are not speaking about Less Developed Countries only. In the industrialised world, job opportunities for women are already shrinking, equal pay does not exist, promotion opportunities are not the same for men and women and the unasked question in the interview "You're not thinking of starting a family, ARE you?" can easily be avoided by asking the same thing in other words.

In fact, the pay gap between the genders in the OECD countries is around 17.6%[1] while in the United States of America, for the 35 to 54 year age group, median weekly wages are over 23% less for women[2]. In the Middle East (Arab States) 28% of women participate in the workforce and in global terms, property ownership and income levels for women are far lower than those for men: 1% of the world's property compared to 99% for men and 10% of the income, compared to 90% for men.

The only country with a percentage of women in Parliament higher than 50% is Rwanda (in the USA and Britain it is lower than 20%). Across the world, depending on the region, a minimum of 15% and a maximum of 71% of women have experienced gender-related violence from a partner (in most areas, the mean figure is 29% to 62%) and 10 to 27% have suffered sexual abuse[3]. For the 15-44 age group, violence causes more victims among women than cancer, malaria, traffic accidents and war; up to 40% of women in some countries stated that their first sexual encounter was not consensual; there are 5,000 honour killings worldwide per year; 20% of women worldwide experience sexual abuse as children; in South Africa, one woman is killed every 6 hours by an intimate partner; in India 22 women are murdered each day in dowry-related incidents, often burnt alive. 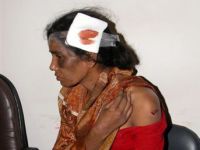 Women are concentrated in insecure jobs in the informal sector and are far more vulnerable to unemployment; 80% of the world's victims of human trafficking are women; There are 60 million girls per year forced into marriage as child brides; worldwide, 25% of pregnant women are subjected to physical or sexual abuse (including being punched or kicked in the abdomen); 40 to 50% of women in the EU have experienced sexual harassment at work...

"One day he returned home very late. I asked him "You are so late ... where did you go?" He answered, "I went to the red light zone. Do you have any problems with that?" I started shouting at him and he instantly landed a blow on my right eye. I screamed and he grabbed my hair and dragged me from one room to another while constantly kicking and punching me. He did not calm down at that ... He undid his belt and then hit me as much and as long as he wanted. Only those who have been hit with a belt know what it is like". 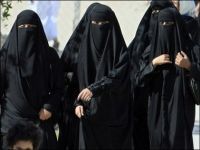 Having an International Day is only important and worthwhile if concrete plans are drawn up and implemented, as today UN Women are doing along with many NGOs and Civil Society groups around the world. Statistics such as these show just how far we have yet to go.

2 US Bureau of Labor Statistics