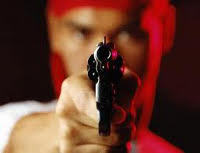 With the upcoming collapse of one MidEast regime after another, the very doing of the US elites , the neocons are working hard, frothing at the mouth, to drive their base into another anti-Russian delirium.

Take this little snippet from the so called American Thinker.

It has been my longstanding assertion that Muslim terrorism is simply a false flag operation, managed in the background by our main enemies, Russia and Red China. Almost since the beginning, Muslim terrorist organizations have been supported and nurtured by the Soviet Union or its Middle Eastern surrogates.

It seems to me, that Mr James Simpson and the American "Thinker" and their thinking, are the very reason that America and because of them, the world, are in such a mess.

Well, Mr. Simpson, shall we remember who led the Arab armies into Israel in 1948, while Stalin sent tankers and fighter pilots to help the Jews? Yes, it was British and French officers.

Shall we remember who saved that bugger of small boys, Arafat and his murderers from extermination by the IDF and the Lebanese Christian Army? Yes, Reagan's marines. And who made Arafat into a world "leader"? Yes, Clinton.

And who placed Saddam into power and supported him, even as he sponsored terror? Why yes, Reagan and Bush, until it was no longer worth their efforts.

And who allowed the Islamic Republic of Iran to overthrow the Sha? Yes, Carter.

Who created the modern Islamic movement in Afghanistan that has then spread to all of the world? Why Carter and Reagan, of course. And who supported the Taliban until they protected those who attacked the US itself? Why Clinton and Bush Jr, of course.

Who sponsored the terror of the Islamics in Bosnia? Clinton again and Bush.

Who backed the Turks while they invaded Cyprus and murdered Christian Cypriots? Why Nixon and then Ford.

And who winked and nodded while NATO in Turkey helped train and direct the Jihad in our own Russia? Why Bush Sr, Clinton, Bush Jr and now Obama. Just listen to their media, which is wholly owned by the elites that own the whole of the country and government. Islamist rebel says he ordered Russian airport bombing

Yes, they who butcher our women and children are but misguided, yet noble rebels. But those who fought to oust an invader, the Americans, from Iraq, were all terrorists?

Then there is this media's pandering to Islamic Jihad, except it not "jihad" since it's against us Russians.

Losing to Terrorism: Putin's get-tough policies are a disaster, as the Moscow airport bombing proves. Why are Russians so unwilling to admit it?

They bring up this little tid bit:

In September 1999, responding to a series of still unexplained apartment-house explosions that killed 293 people in Moscow and southern Russia, the Army rolled into the breakaway republic with overwhelming force. Thousands of people were killed, and thousands more were driven from their homes.

While forgetting that the West backed and Islamic Arab run Chechen Caliphate had invaded the neighboring province of Dagestan, in its Western sponsored drive for a northern Caucuses caliphate.

Still, there was little doubt that the atrocity was carried out in retaliation for Russian actions in the Caucasus-and similarly little doubt that Moscow would find targets for punishment, whether or not they were directly responsible for the airport attack.

And yet these whores are silent while their demi-god Obama massacres whole villages of Pakistanis with missile attacks to supposedly kill an insurgent or two. And this from a police state nation that invades others in its so called war on terror, while sponsoring Jihad at every opportunity.

The admission was even grimmer than people might imagine. In the wake of the September 1999 apartment-house bombings, Russian voters accepted an implicit deal with the former KGB man they quickly elected president: they would surrender many of the freedoms they had enjoyed during the chaotic Boris Yeltsin years in exchange for Putin's protection from terrorist attacks. Confident that the state would fulfill its primary role of ensuring their safety, many Russians were only too happy to accept everything that followed: the resurrection of the Kremlin's supremacy, the unceremonious redistribution of private wealth to government insiders, the relentless crackdown on the country's newly independent media, and the end of local elections.

Lets see, maybe it was the fact that Putin brought stability and sanity back to the nation? Reigned in the West backed oligarchs, stopped the West backed Chechen Jihad and invasions? Made Russia from a basket case economy into the 2nd major power of Europe, projected to surpass Germany in 6 years. As for private wealth, if they are referring to the oligarchs, they were the ultimate government insiders and the ultimate treasonous bastards.

Then there is the so called Tea Party Nation, which if it is a real representation of the so called American grassroots right, we can expect nothing new but more Neocon warmongering and treachery.

Chatter from Israel, Gaza and Egypt "War is Coming": If a revolutionary Jihadist regime takes power in Egypt, then Saudi Arabia and the Gulf emirates will not survive. In that event, the oil-rich Persian Gulf will fall into the hands of radicals who are likely to use oil as a weapon against Europe, Japan and America. Following the pattern of other revolutionary regimes, the radicals will realign their respective countries with Russia, China, North Korea, Cuba and Venezuela.

So, we are now, inferred as the sponsors of radical Sunni Jihad?

Again, I feel there is little hope for any kind of future of anything more then cold antagonism at best, with the Americans. We will not contend with the worst case. Sooner or later, President Medvedev will have to face that simple reality.

The article originally appears on the author's blog, Mat Rodina