Conflict: The key, in a word, is Development

Development and not deployment, the key to conflict. This is the conclusion of last week's session of the UNSC, presided over by this month's President, Brazilian Foreign Minister Antonio Patriota. Conflict has taken place in nine of the ten countries with the lowest development over the last two decades. The UNO maps out the way ahead. 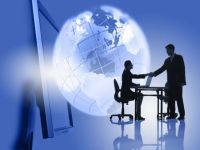 Brazil's Foreign Minister Antonio Patriota proposed the debate at the UN Security Council "Interlinkages between Peace, Security and Development" as Brazil takes over the Presidency of the 15-man Council for the forthcoming month. Brazil has made it clear that it aims for the Security Council to work more closely with the General Assembly and ECOSOC (The Economic and Social Council) in solving pressing issues.

In a background note, Brazil's foreign minister pointed out that "Not all peoples suffering from poverty resort to violence but social, political and economic exclusion can contribute to the eruption of protraction of or relapse into violence and conflict. This seems to be the case in situations as different as those of Haiti or of the Democratic Republic of the Congo".

For Antonio Patriota, security depends upon a comprehensive approach involving several players: "Without economic opportunity, disarmament, demobilization and reintegration in and of themselves, (of rebel factions, a key plank in peacekeeping operations) will rarely lead to the desired results".

UN Secretary-General Ban Ki-Moon added that "Peace, security and development are interdependent" and stated that a "sharp reminder" has been issued by recent events of the necessity to create political stability by catering for the needs of people by providing a comfortable standard of living and hope for the future. "Nine of the ten countries with the lowest Human Development Indicators have experienced conflict in the last twenty years," he pointed out, saying that "countries facing stark inequality and weak institutions are at increased risk of conflict. Poorly distributed wealth and a lack of sufficient jobs, opportunities and freedoms, particularly for a large youth population, can also increase the risk of instability".

For Antonio Patriota, the way forward is greater cooperation between ECOSOC and the Peacekeeping Commission, an enhanced position for women in crisis management, the reinforcement of approaches which combine security and development and innovative ways to build and strengthen national institutions.

"Lack of energy and the effects of climate change are having increasingly serious impacts on development and security. We cannot achieve any security without securing energy and managing climate risks".

During the debate, Antonio Patriota pointed out the key challenges which the international community has to address in settling conflict on a sustainable basis: the first is drug trafficking and organized crime, which find a foothold in places where basic services and opportunities are lacking. Organized crime "is threatening both development gains and the very fabric of international peace and security," he pointed out.

The proliferation of small arms and ammunition which accompanies these activities also presents a threat to security at the local and regional level.

As Ban Ki-Moon pointed out, "Just as the lack of development can feed the flames of conflict, economic and social progress can help to prevent it and secure piece". A broader approach to management of crises, involving economic and social as well as security measures can help to address the imbalances, attacking the root causes of conflict, hopefully before it starts.

This requires a united, determined and multilateral approach from the entire international community. Is today's world up to it?