The words of British Prime Minister David Cameron in his speech in Munich recently when he claimed that State multiculturalism has failed, opened a debate in the UK on universal values. To what extent must these be practiced, or imposed and how to stop tensions building among communities living side-by-side, but back-to-back? 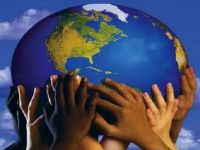 Certainly the imperialist powers, when imposing colonial policies on peoples and cultures and creating countries by drawing lines on maps, did not spare a thought for the societies they were destroying; neither did they practice human rights as they massacred the "natives" who dared to oppose European rule. And let us remember that Europeans did not adopt the lifestyles, customs or habits of the peoples they came to dominate.

Now these same powers complain when the people from the countries they colonised for centuries, while siphoning off their resources, want a piece of the action in the Old Continent and take up residence in the former imperial power.

However, this does not mean that tensions and hatred have to continue breeding, and in a world which is more and more a globalized village, it is high time we globalized positive values, practising policies of fraternal friendship and inclusion, not mistrust and marginalization.

If State multiculturalism has failed in the UK, as David Cameron claims, certainly it is not the fault of any ethnic group, rather a generalized trend which has its roots based in historical trends, in turn cemented in sociological phenomena. The expression "Birds of a feather flock together" can be applied to migration and the behavior observed when communities form in their host country, call their families and friends to the same neighborhood and settle down as a community.

This is nothing new: in the equation which constitutes Humankind, migration has been a constant factor and migrating communities have not, historically, always mixed in well with their hosts - to the contrary, numerous wars were started due to the tensions created and countless millions of lives were lost as a result.

Fortunately, Humankind has moved on yet the question remains, how to implement the global values adopted by the United Nations Organization in the Universal Declaration of Human Rights* 62 years ago in 1948.

Where do the rights of one social group begin and where does the freedom of another end? While the words of David Cameron were perhaps exaggerated (certain members of certain communities turn to extremism, whether they be Moslems or Christians, of whatever ethnic origin, rather than the communities living in a state of attrition) they reflect on modern societies in a world of globalized movement, technology, access to information but not a uniformity of cultures, fortunately.

How wonderful, how interesting and how exciting the diverse customs of different peoples are, be they cultural, gastronomical, religious or whatever. Diversity should be a symptom of strength and sharing, not division and segregation and certainly, societies can gain a collective identity while people live together in communities, not islands, side-by-side and not back-to-back, a good example of this being provided today by the world's larger cities.

The problems and tensions of today are not caused by different ethnicity or creeds or colours, but rather by an economic system which breeds endemic unemployment, forced ghettoization, lack of opportunity, poverty and exclusion for a growing percentage of the population in societies which cater for those who have and marginalize the have-nots.

Certainly, there will always be young men who have the urge to sprinkle a box of thumb tacks on a highway - without actual consequences but intending to cause mass loss of life - and others who go to the Internet and learn how to make an explosive device from ingredients readily available to the general public - with very serious actual consequences.

Attacking not the social or ethnic group, but the origin of the cause which fuels extremism is the answer and this comes through development, not deployment; it comes from debate and dialogue and not demagogy. Rather than recognising that State multiculturalism has failed, we should be admitting that the economic system we have had imposed upon us never gave it a chance to flourish.