The United Nations Organization has launched its first Interfaith Harmony Week with numerous activities held around the world to comemmorate the event, involving intergovernmental organizations and UN entities. After centuries of communities taking the precepts of their religions in vain, the world can, and must, grasp this opportunity at a time when insecurity and violence threatens to engulf the Middle East. 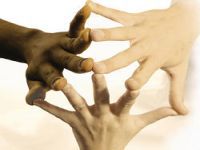 Religion does not begin and end with Christianity, Islam and Hinduism - the three main religions representing 4.5 billion of a world population of nearly 7 billion. The list of religions/religious beliefs ranking from Christianity down to Scientology, with 500,000 followers, numbers 22* and if we count the various splinter groups, denominations, sects and factions, the number reaches around 4,200.

Divided we are, how united can we stand? Religion has proven to be one of the strongest rallying points, more so than national flags, yet over the centuries it has also been the pretext used to justify the most shocking acts of barbarity, acts which went against each and every precept of the religions espoused, which insulted every fibre of the teachings of the scripts.

Despite the great progress made in terms of respect for basic human rights, religious-based violence is still rife in many regious, while different civilizations encounter themselves near to a flash-point called a clash of civilizations. The message by the UN General Assembly last November could not have been more timely, namely: "the message of interfaith harmony and goodwill in the world's churches, mosques, synagogues, temples and other places of worship... based on love of God and love of one's neighbour or on love of the good and love of one's neighbour, each according to their own religious traditions or convictions".

The UN Secretary-General Ban Ki-moon underlines the fact that this week is "an opportunity to focus global attention on the efforts of religious leaders, interfaith movements and individuals around the world to promote mutual respect and understanding between followers of different faiths and beliefs."

If we can find a single common message it is "love your fellow (wo)man because we are sisters and brothers in God", along with attempts to explain existential precepts such as who we are, where we came from and where we are going, setting behavioural norms within a framework of commonly-respected ethics.

As the Middle East slips dangerously closer to a precipice, not only the inhabitants of that area, but Humankind in general, would do well to remember the common-sense ideas and ideals which our religions have taught us, as we remember that we all have far more in common than differences, starting with the fact that we are born naked and die lying down flat on a board.

How sad it will be if the Alliance of Civilizations, launched by Spain and Turkey in 2005 to promote cross-cultural relations, is forgotten in a sea of violence.

If religions teach us to be tolerant towards followers of different creeds, ethnics groups and colours, they also teach us to respect our fellow human beings. Since so much energy is spent teaching us these notions during our childhood, why do we (collectively) forget them when we are adults? As we move nearer to a flashpoint, which can place a huge question mark over the world economy, it is time to forget our differences and pull together.