Global suicide: When will we react?

At the World Economic Forum in Davos, Switzerland, the UN Secretary-General Ban Ki-Moon stated that the world is committing collective global suicide by consuming resources without replenishing them and warned that we are running out of the most important resource of all: Time. 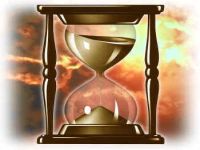 Declaring that "the one resource that is scarcest of all: Time", Ban Ki-Moon left a stark message in Davos, which raises the questions when are we (collectively) going to do something, and if not, what is going to happen? For the Secretary-General, it is imperative that Mankind faces the collective challenges of tackling climate change, ensuring the delivery of sustainable and climate-resilient green growth and to implement what he terms a "clean energy revolution".

While we lurch from one conference to another (and the Earth Summit in Rio de Janeiro was back in 1992, almost two decades ago) without substantive changes being implemented, all we are doing is putting off decisions we should have had the courage to take - decisions which run at the supra-national level and should be above selfish national interests.

For this, the haves must help the have-nots to develop sustainable green economies, specially because in many cases the richer nations developed at the expense of pilfering the resources of the less developed countries - less developed because they were colonized, held down, divided, their social and ethnic structures wholly and totally turned upside down, to the benefit of the invader: Divide and rule.

Calling for "Revolutionary thinking. Revolutionary action. A free market revolution for global sustainability" Ban Ki-Moon called the old model to approach climate change "obsolete" and worse "a recipe for national disaster. It is a suicide pact". Complaining that our global approach is based upon the times when "we mined our way to growth, we burned our way to prosperity", Ban Ki-Moon calls upon the international community to innovate, to survive.

Quite what we do, and where we start, will have to be the subject of more international forums, colloquiums, meetings and conferences, no doubt with the same circus circulating around complete with lunches and dinners and cocktails. What is imperative is those who seem to have the privilege to attend such events produce the goods at the end of them and in this they should be held accountable. After all, since Rio, what have they done?

To what extent the hand of Humankind is involved in the climate changes is open to debate. What seems certain is that climate cycles accompany movements in the Ocean currents which in turn appear to be connected with alterations in the Earth's tilt. This is nothing new - the Serbian geophysicist Milutin Milankovic was presenting his research into this field in the 1920s, nearly a century go. His examination of 41,000-year cycles in the Earth's tilt, corresponding movements in currents and geotectonic developments allowed him to predict with remarkable accuracy changes in temperature and climate.

These are issues which those who have the privilege to attend important events and go globe-trotting at the expense of others must answer with actions and not just hot air before time runs out and it is too late.