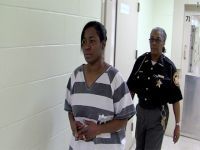 The education system of the United States is nothing if not completely saturated with disparity. This fact led a forty year old mother, Kelley Williams-Bolar, who lives in Akron public housing, to devise ways to beat the system in Ohio for her children. A single mother, she gave her father's address at the children's desired school.

Kelley and her father say that the girls did live with her in Akron, but also they all lived with the grandfather part of the time rather than their crime ridden neighborhood.

Copley-Fairlawn School District in Ohio advertises on their website, "rated excellent with distinction."

"The Copley-Fairlawn City School District will provide a quality education for all students in a challenging, secure environment, maximizing the academic and personal development of each student. Our students will be knowledgeable, critical thinkers who can succeed as life-long learners."

While Kelley's children attended school there, the school district hired a private investigator to prove that she was taking her children to the better-rated Copley-Fairlawn school rather than the Akron school where she lived.

The district said they spent $6,000 for a private investigator. One can only wonder why they singled out Kelley and her children and how the district has $6,000 lying around with nothing better to do than be spent to harass someone.

However, there is no end to the dubious spending practices of many American school districts, such as using PTA funds that parents pay into by having their children sell various over priced junk items, only for the PTA funds to be used as private slush funds for cronies to take trips and to buy over priced elaborate furniture for executive offices. Or to sit in the bank collecting interest as CDs that are never used for the school children at all.

After the investigation, the school district presented Kelley with a demand that she pay $30,000 in back tuition, maintaining that her daughters got a better education without her paying taxes to that district.

When she refused to pay, she was indicted and the judge sentenced her to 10 days in jail, plus 3 years of probation and community service. 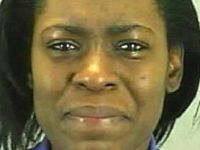 Ironically, Kelley works a teacher's aide at a high school in Akron, and has been working toward a teaching degree, with only 12 hours left before completion. As some might know, a teacher's aide is pretty much on the bottom of the school district pay scale. Much of the work falls on those individuals, who are barely paid a living wage. Actually, let's tell the truth, it is NOT a living wage.

Your teacher's aide is one-on-one with your child, helping them catch up, while the classroom teacher is filing their nails or writing reams of idiotic district required paperwork, depending on what kind of teacher he/she is. Classroom teachers are drowning in paperwork actually, paperwork generated by overpaid idiots who every couple of years feel they need to reinvent the wheel to justify their huge salaries.

Wouldn't it be interesting to see how a school principal, paperwork specialist or an administrator would like trying to live on what a teacher's aide is paid? That should be THEIR sentence. If, by some circumstance, a bunch of people got together to collect the $30,000 for this low paid teacher's aide, the money certainly shouldn't go to undeserving Copley-Fairlawn school district, but to the one in Akron where Kelley lives.

Now that she has a felony conviction, Kelley will not be able to teach.

In the United States, school children only get as educated as the parents can afford to pay. The more money they make, the better district they can live in, the better education their children get. Of course the poor neighborhoods end up with schools that get poor performance grades.

Is this right or just that only the well-to-do will be able to provide their children with a good education? Why is there this unjust disparity? What was this about, "no child left behind"?

Every child deserves an equal chance to succeed and to get a good education. It should also be completely free, all the way through the university or technical school.

Hopefully, decent concerned citizens will rise up and object to the treatment meted out to Kelley and her children and remove the undeserved stigma of a felony conviction. 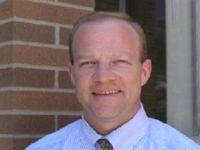 The judge's name is Patricia Cosgrove. The district superintendent is Brian E. Poe.

There is no excuse that one school here is worthless, and one school over there is sitting on golden toilet seats. In his State of the Union, President Obama emphasized the problem with the country's education system, falling deeply behind the rest of the world.

If this injustice is allowed to pass unnoticed, what appears to be a global revolution may bypass the United States of America. Americans will probably only wake up in significant numbers once it's all over with and there is no choice but to open their eyes from the bottom of the barrel to find out whose foot is in their face.