What to do with Israel?

With Israel's arrogance and lawlessness growing by the day, with its illegal policies now being openly branded as such by the United Nations Organization, as Tel Aviv continues its illegal practice of building colonies on lands it does not possess under international law, could the solution be Israel out of the UNO? 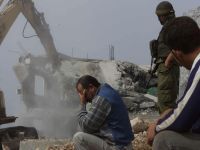 Israel's pig-headedness has time and again destroyed the Middle East Peace Process - on purpose - as Tel Aviv flouts international law, building illegal settlements on land which does not belong to it, in violation of international law. Since Israel obviously could not care less, and since the international community seems devoid of ideas as to what to do, could the solution be Israel out of the UNO?

Israel's sheer arrogance, brazen disrespect for the law, total disregard for the rest of the international community and perpetual insults to the United Nations Organization are like the actions of a maniac who attacks a supermarket with automatic weapons and RPGs, wreaking havoc and exacting huge civilian casualties, then appearing on TV justifying what he did with a supercilious smirk, declaring he'd do the same again if he could and anyway the victims shouldn't have been there. 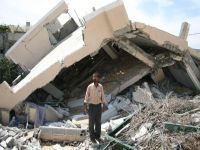 It is exactly this argument which Israel uses when it commits its growing list of shocking massacres, to which the answer from the USA is turning a blind eye at worst or at best not making an open condemnation. The truth of the matter is that the Jewish lobby/AIPAC has so much power in the USA that using this country to speak to both sides is as useless a policy as it has always been since the beginning. What results has it produced? In which case what right has the USA to speak for Israel, or does Tel Aviv exert some influence over Washington that we don't know about? If so, what gives? 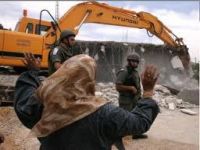 Israel once again scuppered the peace talks last September as soon as they had begun by refusing to extend a moratorium on its illegal settlement building activity, a policy which continues to provoke the condemnation of the UNO. Secretary-General Ban Ki-Moon described the latest decision to demolish a hotel in Jerusalem to pave the way for another illegal settlement as serving "only to heighten tensions" adding that "it is deeply regrettable that growing international concern at the unilateral expansion of illegal Israeli settlements is not being heeded. Such actions seriously prejudice the possibility of a negotiated solution to the Israeli-Palestinian conflict".

Calling for "substantive third party activity" in the peace process, as the UN Special Representative for the Middle East Peace Process, Robin Serry, has done, is another useless step bound to produce zero results. While the international community pussy-foots around, it is blatantly obvious that Israel will press ahead until there is no more Palestinian land left. 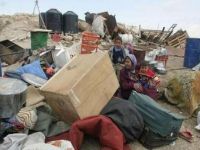 The bottom line is that either Israel respects international law and upholds it or else admits it does not go by international law and is willing to accept the consequences of its own law of the jungle. Two can play at that game. There are two options: Israel pulls out of all lands it occupies illegally, dismantles the settlements (or finds a solution whereby it pays rent for the use of the land during a phase-out process) and recognises the Palestinian State. The right to Israel's territorial integrity is similarly signed by all.

The other option is Israel instigating its own laws in its own little corner of the world, flouting the UNO and deriding the international community. And the international community can do something about it. For a start, the consumer can avoid buying goods with the bar-code 729 (first three numbers on the left), tourist agencies could simply stop operations to the Holy Land or else switch to other interesting places in Jordan and Syria (where visitors are welcomed with friendliness and not sneers of arrogance) and supposing those countries which like to speak about an "ethical foreign policy" request Israeli Embassies to remove their presence until their country decides to respect international law, while they themselves pull out of Israel? 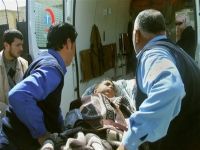 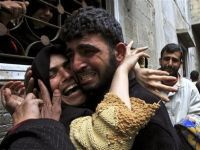 Photos 1-6 The effects of Israeli bulldozing of civilian homes 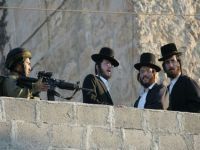 Photo 7 Jewish settlers, happily smirking on stolen lands from precisely one of these homes 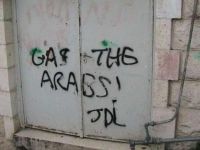 Photo 8 Graffiti left by new settlers after they stole more lands. We have seen messages like this before