The Vuvuzela is a traditional instrument used in southern Africa to call peoples together to attend community gatherings. The globalization of this horn took place during the FIFA World Cup 2010 in South Africa but throughout the year, events showed us clearly that mankind has far more common values than points of difference and the global response to natural disasters bore witness to this. 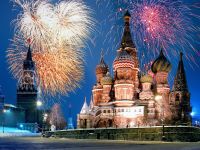 Why the Vuvuzela? Because this instrument was traditionally used in regions of Southern Africa to call people to community gatherings. While the year 2010 saw the wonderful FIFA World Cup gathering of young men and women from the four corners of the Earth to the collective statement against racism and xenophobia in South Africa, other events showed the importance of the collective spirit and how mankind is coming together more and more.

While there are the odd splinter groups on both sides of the fence (the Islamist fundamentalists, the Christian fanatics, those who try to organise a Burn a Koran day and so on and while the international media panders to the whims of these bigots giving them media space), the fact of the matter is that the world is more and more coming together, as human beings find common values which reach above points of divergence, finding common ground amongst races and colours and creeds.

The year started off in the worst possible way with the horrific earthquake in Haiti, long predicted by Cuban scientists, which struck on January 12 affecting 3 million people, killing 230,000, injuring a further 300,000 and leaving 1 million homeless while destroying 250,000 homes and 30,000 commercial buildings. The international response was massive. Within 2 months, 2.5 billion USD had been received. True, there have been ulterior military motives referred to in some cases, such as Haiti being a military base for the USA to attack Venezuela, but this is a separate question and does not honour the massive wave of generosity from the international community - not governments, but common people, donating to help their fellow human beings. (* for aid agencies which deliver directly to the people of Haiti).

The Iraq War Inquiry, although it predictably skirted around the serious issues as to who is a war criminal and who should be charged for war crimes, was a telling step towards true democracy, such as it exists, opening a window on the workings of Government, laying some uncomfortable truths open to the public eye; just like at the end of the year, the Wikileaks revelations (which began in fact in 2006) and the trial and conviction of the ex-President of Israel, Moshe Katsav, on rape charges, the first time such a high-level official has been convicted after charges began while he was still Head of State, a good sign for a healthy democracy and a victory for those who have declared war on sexism and harassment.

2010 was also the year in which a massive popular reaction against the austerity measures rose up, transcending frontiers as once again people found common values, namely the indignation against a system which was imposed in a top-down attitude (both at the financial, economic and monetary value and also at levels of geo-political control such as the EU), a system which claimed to be better than Socialism but evidently does not work, without checks and balances and State interventionism. The Socialists had been saying that all along.

Mother nature gave us another lesson in April as to just how insignificant we are, virtually grounding north Atlantic air traffic for several weeks after the eruption of the Icelandic volcano Eyjafjallajokull, giving mankind another opportunity to work together towards finding common solutions to problems which affect us all, whatever our nationality, race or religion.

Within a year or two, we shall see whether the larger and more sinister Katla yet again follows its smaller sister into a frenzy of activity. On all previous occasions, it has. But then again, if it does, the feeling remains that the world can come together when it needs to, as people help each other out like the brothers and sisters we are. Where are the fundamentalists, terrorists and hate-mongers in this world? Nowhere.

The Red Shirts demonstrations in Thailand forced the Government to seek a compromise and a process of dialogue ensued, a process in which nobody lost face, and in which everybody has everything to gain with a continuation of debate and discussion and not bloodshed and violence.

If the FIFA Soccer World Cup launched the globalization of the Vuvuzela, it also underlined the core values common to all of mankind and once again marginalized and alienated from the mainstream precepts held dear in the hearts and minds of the vast majority of all human beings across all the continents on Earth, those who breed and engender hatred to foster their own ends, almost always through the manipulation of others whose minds are weak enough to be controlled. Terrorism and extremism, racism and xenophobia, played no part in the FIFA 2010.

The Summer saw two less happy events. In Pakistan, around 20 million people were directly affected by the July monsoon floods, leaving one-fifth of the country under water, destroying infrastructures and agriculture, killing around 2,000 people. UN Secretary-General Ban Ki-Moon declared that it was the worst flooding he had seen. Ensuing problems involved with the consumption of unsafe drinking water affected up to ten million people.  Scores of countries set up Pakistan Flood Relief Funds and millions of citizens of the world once again reached generously into their pockets, remembering and applying the notions of fraternity and solidarity over religious hatred and extremism.

After the summer, Haiti's second visitation, namely the cholera outbreak which killed around 2,000 people and left nearly 100,000 sick, the epidemic eventually spreading to all areas of the country, including across the border to the Dominican Republic. This time the WHO swung into action and Cuba's ever-present medical staff (never referred to in the mainstream media, as if they never existed) performed a very useful task.

Corporate greed and a demonstration of utter irresponsibility appear to be among the reasons behind the Deepwater Horizon oil spill in the Gulf of Mexico. Where were the checks and balances? What were the criteria followed in the risk management processes when awarding the contracts? Human activity once again provoked a massive response from Mother Nature in October when "Los 39" the Chilean miners, caught the attention of the world for the 69 long days and nights of their incarceration 700 meters below the surface of the Earth. In both cases, the voice of humanity was again heard, as love and respect for our planet and fellow human beings spoke louder than calls for hatred and inflammatory invective.

The bottom line is, we are all born naked and we die lying on a board or in a box. Whatever we do here, we do not take it with us. Tears taste of salt and everyone prefers to shed tears of joy rather than those of sadness, be they Jewish, Arabs, Moslems, Israelis, Christians, Catholics, Orthodox, Sikhs, Hindus, Buddhists, Prostestants, Taoists, Shintoists, black, pink, brown, white, male or female, of whatever sexuality, of whatever race or colour or creed or nationality. Maybe if we all remember this in 2011 we can face our challenges collectively and find common solutions to questions which after all affect all of us equally...simply because we are all born equal partners in this wonderful international community.

For the hatemongers...there is no place for you in this world. Get lost!

*Institute for Justice and Democracy in Haiti
http://ijdh.org/donate

Ah! And for God's sake don't blow a Vuvuzela anywhere near me. My globalization skills are not yet sufficiently honed.