The Forgotten One: Bradley Manning 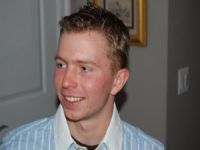 There has been much ado about Julian Assange, and that is well and good. It is about time that government officials be exposed for the lying sneaks, backstabbers and thieves they are. However, it all started with a soldier seeing a shocking attack and deciding to do something.

Throughout the decades since the Great Patriotic War, we have been shown the images of the Nuremberg Tribunal, wondering about what kind of men are soldiers who blindly follow orders, never questioning them, no matter how evil or immoral they are. The words of the prosecutors expressed this concern, as did the final verdicts.

Learn from history, or you are doomed to repeat it. Smugly, the west moved on, confident the message had been delivered to everyone but themselves. A solider does not blindly follow orders.

However, things haven't changed. There are still soldiers going to war, committing heinous crimes in the name of following orders, see Abu Ghraib, or just willingly committing them while their comrades either join in with relish or look on stupidly.

Then there is Bradley Manning. What a campaign of hate and vengeance is being waged against him. I doubt there is any bad name in the book he hasn't been called by countrymen or the mainstream corporate media, beginning with traitor.

Is Bradley Manning a traitor? Or is the soldier in the field who blindly follows orders, who commits war crimes gladly and without hesitation the traitor? Which man does more harm to his country? The one that sees wrong and tries to expose it or the wrongdoer who brings shame and hatred on his country as well as the eternal cries of innocent blood?

As a Bradley Manning support site says, "exposing war crimes is not a crime." In fact, it is the duty of every moral individual, a patriotic duty in fact. He had a reasonable belief that war crimes were being covered up and took action based on a crisis of conscience. This is, unfortunately, a seemingly rare thing in today's "be all you can be," video game, shoot 'em up, bomb them to the stone age, mercenary for hire U.S. military.

Bradley Manning has been imprisoned without trial in solitary confinement for over 200 days. He is being held in the "brig" at the Quantico, Virginia Marine Corps Base in inhumane conditions, with severe restrictions on his ability to exercise, cannot communicate with anyone save one exception, or even sleep properly.

His lawyer is quoted as saying:

"PFC Manning is held in his cell for approximately 23 hours a day. He is not allowed to have a pillow or sheets. However, he is given access to two blankets and has recently been given a new mattress that has a built-in pillow.

He is not allowed to have any personal items in his cell.

He is prevented from exercising in his cell. If he attempts to do push-ups, sit-ups, or any other form of exercise he will be forced to stop. He does receive one hour of "exercise" outside of his cell daily. He is taken to an empty room and only allowed to walk. PFC Manning normally just walks figure eights in the room for the entire hour. If he indicates that he no longer feels like walking, he is immediately returned to his cell.

When PFC Manning goes to sleep, he is required to strip down to his boxer shorts and surrender his clothing to the guards. His clothing is returned to him the next morning."

The only person allowed to speak to him (twice a month) has been David House, who vividly described the inconsistencies in the claims regarding Manning's treatment as a prisoner. His ultimate conclusion was that based on his own personal observation: Manning's physical and mental health have deteriorated considerably.

Manning told House that his blankets are "similar in weight and heft to lead aprons used in X-ray laboratories, and similar in texture to coarse and stiff carpet." He stated the blankets are not soft in the least and expressed concern that he had to "lie very still at night to avoid receiving carpet burns." The problem of carpet burns was exacerbated, he related, by the stipulation that he must sleep only in his boxer shorts as part of the longstanding POI (Prevention of Injury) order.

Manning also told House that hallway-mounted lights shine through his window at night. This constant illumination is consistent with reports from attorney David Coombs' blog that marines must visually inspect Manning as he sleeps. He is confined to his cell 23 hours a day, and when he is allowed to see television, he cannot see any sort of news programs. Manning also related that he is not allowed any newspapers, contrary to claims that he has access.

Manning has not been convicted of any crime. The ridiculous restrictions of his basic rights to sleep, exercise and communication under the Prevention of Injury order are unnecessary and should be lifted immediately.

Bradley Manning was born in Crescent, Oklahoma on December 17, 1987. His parents are divorced, his mother lives in Wales, his father in Oklahoma. The parents met in Wales while his father was stationed there and Bradley spent his first years there. Manning entered the Army as a private in October 2007. His job in the army was as an intelligence analyst assigned to a support battalion with the 2nd Brigade Combat Team, 10th Mountain Division at Contingency Operating Station Hammer, Iraq.

The corporate media is portraying him as someone "despondent" who "didn't fit in" during his school years and was "going through a break up" when he acted as a whistle blower on his job.

His uncle, Kevin Fox, said the arrest and imprisonment in a military jail had taken its toll on his mother Susan, who lives in Haverfordwest. "She hasn't been well," he said, adding that if Mr. Manning had leaked the documents: "I think the boy did the right thing."

Another family member said, "Some people are saying that Bradley was a trouble-maker, but he was anything but. He was just an introverted kid who loved computers and was fired up politically."

Reportedly, if Manning felt strongly about something, he had no problem speaking up loudly to protest. There are other things being said about Manning, but they will not be repeated here since they are completely unsubstantiated. 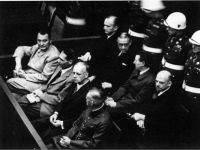 In an apparent swipe at the army, he also wrote: "Bradley Manning is not a piece of equipment," and quoted a joke about "military intelligence" being an oxymoron.

Bradley Manning also allegedly told a contact that Secretary of State Hillary Clinton "and several thousand diplomats around the world are going to have a heart attack when they wake up one morning, and find an entire repository of classified foreign policy is available, in searchable format to the public . . . everywhere there's a US post . . . there's a diplomatic scandal that will be revealed."

It's "important that it gets out . . . I feel, for some bizarre reason . . . it might actually change something," he said. He expressed a wish that the release of the information would cause large-scale scandals and lead to "worldwide discussion, debates, and reforms."

There is supposed to be a Facebook page, however, it is being blocked from public view.

The big complaint with the entire WikiLeaks situation is that it is "putting lives at risk." One might ask, whose lives? The lives of war criminals, snitches and rotten politicians?

One might rightly say it will hopefully save lives by throwing a wrench into the war machine and grinding it to a halt...the lives of those countless innocent civilians whose lives have been destroyed by war, bombs, rape and terrorism.

It's a matter of which lives are WORTHY lives, according to the Evil Empire, just like when they claimed the atomic bombs on Hiroshima and Nagasaki SAVED lives! No doubt about it, this thinking reflects every bit as much of a fascist, racist, Nazi mentality as anything to come out of Hitler or Mein Kampf.

Yes, indeed, it might and should change something, Bradley, namely the seeming impunity with which the United States and selected friends commit crimes against humanity and nothing happens as a result.

There is no doubt that the United States of America is an Evil Empire, a superpower gone mad. A superpower that flaunts and thumbs its nose at international law. A superpower that seeks to extend and have its national laws obeyed by citizens of the world no matter where they live, throughout the entire planet. Their calls for the extradition of Viktor Bout and Julian Assange have demonstrated that.

The international community now needs to stand together to stop war crimes, to stop war and to support those that have placed themselves in jeopardy in front of the worst monster in the history of the world. The more people who stand in the gap, the less chance each and every one who does so will come to grievous harm.

The international community needs to show officials that they are WATCHING by sending letters, signing petitions and spreading their concerns by networking with others. There cannot be another in-cell murder such as happened to Slobodan Milosevic in order for these criminals to save face in a messy trial that exposes their lack of morals and their heinous crimes.

Letters and postcards to:

Letters to him are opened, "contraband" discarded and then mailed weekly to Bradley via someone on his approved correspondence list.