Why are the police forces in southern Sudan, where there is to be a referendum on Independence in January, being trained by the United States of America? Could it be because there is more rain in the south? Or could it be that there is oil? 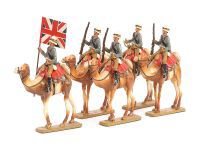 Since the Treaty of Westphalia, in 1648, the precept of territorial integrity has permeated through the laws and norms of international diplomacy, a precept which has gained the aura of strong legal precedence, present in the UN Charter, the CSCE and Helsinki Final Act, all of which cement the rule of inviolability of frontiers and the territorial integrity of States within their existing frontiers.

In the case of Sudan the situation is compounded by the British imperial rule, which perpetuated itself, first through a massacre of the defenders of the Mahdi State by General Kitchener (machine guns used against soldiers armed with swords) and secondly by a policy of divide and rule, using ethnic tensions and divisions between the Moslem North and Christian/Animist South, favouring tribal and ethnic groups which would not normally have gained power. The foundations were laid for an explosion of ethnic strife.

Independence came in 1956, the Anya Nya guerrilla group took up the cause of the south by 1964 and in 1983, the Sudanese People's Liberation Army was formed, starting a civil war between North and South.

The USA began to get actively involved in 1998, when President Clinton, acting on "convincing information", sent cruise missiles slamming into a pharmaceutical factory in the north, Khartoum, alleging that it was a chemical arms factory...just as Colin Powell had justified the illegal act of butchery against Iraq with "magnificent intelligence" which turned out to be a thesis copied and pasted from the Net, from a decade before. Once again, the oil reserves in the south came into play.

The international and historical background is that. On January 9, 2011 there will be a referendum in the South over the question of independence. All the conditions have been created for a break-up of the State of Sudan, firstly by the British imperial rule and then by a sequel of forces and interests involving Britain, France and the USA on a State level and their oil companies on an entrepreneurial one.

Now that the world's governance is becoming more and more synonymous with a plutarchy of corporate interests, it does not come as a surprise that the territorial integrity of Sudan is threatened not now by its past history but by the whims and caprices of those who want its resources.

This goes against the grain of international law and precedent and therefore is dangerous. What are we supposed to expect, an implosion of the states which form the international community of today, facilitated by the unelected forces which have gained control of governance?

Sudan is a State, a recognised State existing within recognised frontiers and as such, its territorial integrity, or lack of it, will have to set a precedent for the future.