Hashim Thaçi should be congratulated. He has managed to declare himself Prime Minister of a country which does not exist (and under international law, never will), after leading one of the most monstrous terrorist organizations to acts of barbarism and terrorism, torture and rape, kidnapping and murder. He is the example of a monster-turned-Prince, unethically fêted by members of the international community, despite having an arrest warrant issued against him for terrorist activities. 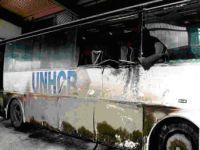 Congratulations to Hashim Thaçi, former commander of the Albanian terrorist group Ushtia Çlirimtare ë Kosovës, or Kosovo Liberation Army, a group which he admitted perpetrated terrorist acts against civilians to create trouble for the Serbian authorities. As leader of the Partia Demokratike e Kosovës (Democratic Party of Kosovo), he now claims to be Prime Minister after this weekend's legislative elections, the first since the self-proclaimed "independence" of this Serbian Province. The problem is how can he be the Prime Minister of a country which does not exist according to all the norms of international law?

What exactly is the past of the UÇK? Apart from the alleged deportation of tens of thousands of Albanian girls into UÇK-controlled prostitution rings in Italy, in short it is a history of drugs smuggling, human trafficking, torture, rape and murder, terrorist acts and psychopathic killings of civilians. Commander of the UÇK/KLA, Hashim Thaçi, appointed one Ramush Haradinaj as commander of the Metohija region, to implement the KLA's strategy there.

And what was this strategy? 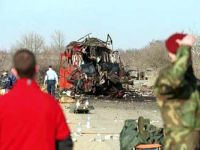 To mention but a few examples, there was an armed terrorist attack carried out against a Serbian police patrol on March 24, 1998 in the village of Dubrava, Municipality of Decani, confirmed by the KLA's operational statement. This was the backdrop to Haradinaj's appointment around a week later, when this psychopath, appointed by Thaçi, carried out tens of murders.

By September, 39 bodies had been found in and around Glodjane, where Haradinaj set up his headquarters, the result of killings attributed to the KLA. During September, the bodies of a further 13 civilians - this time men and women - were discovered in a canal leading to Radonjic Lake.

In December, the KLA had shifted its focus towards children. On December 14, 1998, the Panda Café in Pec, a children's café, was sprayed with bullets. Six Serbian children were shot dead in another attack attributed to the KLA. The name referred to in all these killings was Haradinaj. And what was his pay-back? Why to lead the Alliance for the Future of Kosovo (Aleanca për Ardhmërinë e Kosovës), this after the International Criminal Court, after due process and a long period of investigation indicted him of 37 counts for war crimes in 2005. Then in 2008 delivered a full acquittal. 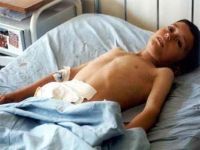 And after allegedly working for Naser Kelmendi and Ekrem Luka smuggling drugs, this "politician" was wined and dined on Capitol Hill by Congressman Benjamin Gillman who helped him to raise funds for his party.

So much for Thaçi's minion but what about Hashim Thaçi himself? Well, the Massacre of Prizren, 1999, when 300 unarmed Serbian civilians, including priests, were violently attacked. Religious effigies were destroyed, Serbian Orthodox Churches urinated on, dozens of nuns were raped...the horrors perpetrated by these forces of evil continued throughout the first years of this decade, in Graça, in Pec, in Racak and in August 2003 another massacre of children in Gorazdevac.

Thaçi had been branded a terrorist by the Serbian authorities long back in 1997, when an arrest warrant was issued at Kosovo District Court, Process K-1745, under Article 331 and 334 of the Criminal Act Law, sentencing him to ten years in prison for acts of terrorism against Serbian police authorities since May 13, 1993. What acts? 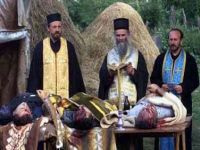 Attacks with guns and grenades, ambushes murders and torture, including an attack on a secondary school with grenades and an attack on Yugoslav Army barracks in Vucitrn in 1996. After 1997 this monster was responsible for several terrorist attacks throughout the Serbian province of Kosovo, namely in Vucitrn, Podujevo, Mitrovica, Decani, Stimlje and Pec. 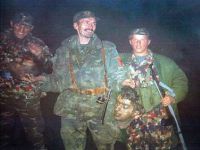 Ethnic cleansing was another of Thaçi's alleged predilections, mainly against the Roma population. Gypsies. The Serbian Interior Ministry attributed tens of counts of murder of Roma people committed by the KLA under Thaçi's command along with countless attempted murders, 10 rapes and attempted rapes and 41 acts of kidnapping, burglary, destruction of property, arson. 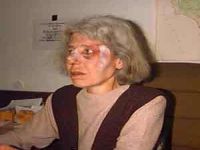 So now which of those nations that recognised Kosovo dares to receive this monster? And when they do, let us all remind the populations of the host nations who their government is receiving...or what.