Israel, International Law and the insult to the USA

The capital city of the United States of America, is, to all intents and purposes, apparently not Washington DC, but Tel Aviv. The USA donates billions of dollars of its tax-payers' hard-earned cash every year to Israel and what is the payback? In three words, the stiff middle finger. 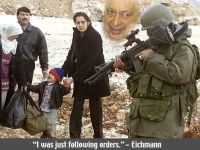 Before anyone starts mud-slinging and yet again accuses the author of being anti-Semitic, before any Jewish website opens another hate site, before my perceived real-life name and address are posted with blood-curdling death threats on hate forums, once again, let us get one thing clear: bringing to the attention of the public Israel's crimes and flouting of international law is a right which as a journalist and a human being, I shall exercise for as long as I choose. A racist and a xenophobe I am not. Neither am I a coward.

As for "anti-Semitic" the term is ridiculous since "Semitic" refers to speakers of the Semitic languages, namely Hebrew and Arabic. The term itself is nonsense.

Getting to the point: the Middle East peace process, in which Russia, the USA, European Union and UNO compose the Quartet and in which the USA has a huge weight and influence. Or should have, given the amount the US taxpayer forks out every year. How much? Some 2.5 billion USD a year, every year, these days, and a total of some 134 billion USD since 1948.

And this money is paid out in return for what? Why, breaking the law. Washington has just dropped a demand that Tel Aviv cease the illegal building of colonies on the West Bank, deemed illegal under international law, as a prerequisite for a resumption of the peace process.

This decision was seriously criticised in the European Union, whose Foreign Policy Chief Catherine Ashton has declared that "it contradicts the efforts by the international community to resume direct negotiations and the decision should be reversed". Washington's lackadaisical approach could well backfire, since Palestinian Authority President Mahmoud Abbas now states that he hopes the EU can begin to play a more important role in the process, like the USA. 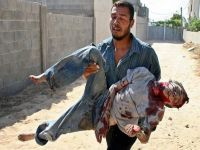 The peace talks between the Israelis and Palestinians resumed in September after a two-year break, but were interrupted when the Israelis announced the end of the moratorium on building settlements on land it occupies illegally.

It is by now patently obvious that Israel is not minimally engaged in the peace process. Blinded by its own arrogance, and the support of its Big Brother, the USA, Israel has got used to the notion that its authorities can commit war crimes, breach international law, steal, rape, kill, shoot children in the eye with rubber bullets, kick pregnant Palestinian women to death or leave them dying in the street.

The United Nations Charter sets out very clearly the rules for the international community to behave, the culmination of centuries of diplomacy and customary law being drafted into a written agreement. And the UNO charters Israel's borders as those under which the State of Israel was constituted in 1948. These do not include territories seized since then, namely East Jerusalem and the West Bank. 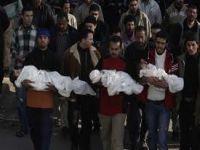 International law is crystal clear on this: the UNSC Resolution 242 (S/RES/242), adopted unanimously by the United Nations Security Council on November 22, 1967, adopted under Chapter VI of the UN Charter, reiterates the "inadmissibility of the acquisition of territory by war and the need to work for a just and lasting peace in the Middle East in which every State in the area can live in security." And this it bases on two principles:

(i) Withdrawal of Israel armed forces from territories occupied in the recent conflict;

(ii) Termination of all claims or states of belligerency and respect for and acknowledgment of the sovereignty, territorial integrity and political independence of every State in the area and their right to live in peace within secure and recognized boundaries free from threats or acts of force. 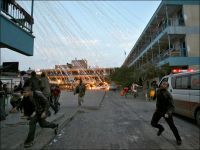 As long as the United States of America continues to aid, abet, finance, arm and support Israel, despite its criminal acts and clear violations of international law, then neither country can be taken seriously with a view to implementing a peace process. However well-meaning Washington may be, the truth of the matter is that the United States of America has its throat gripped in a tight, vice-like clinch by Tel Aviv, which in turn makes a mockery of its "ethical foreign policy".

Until Israel starts to abide by international law, and until Washington insists it does, neither of these countries is making a serious move towards peace, instead they are breeding generations of children brought up on hatred, giving them a cause and undermining the serious efforts of the international community. 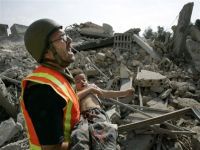 And guess who is paying for it? The US taxpayer.