The ICC, Travesty of International Law

International law does not exist. What does exist is a community of nations split into two groups - those who speak about the need to respect the law, and then promptly flout it - and those who follow the terms of the United Nations Charter and other conventions. Now that the kangaroo court ICC is considering case against the DPR Korea it is time for some home truths. 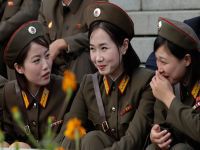 The case of the United States of America is interesting: in his first days in office, George W. Bush annulled the signing of the ratification of the Rome Statute (creating the Court) by former President Clinton, claiming that the ICC might initiate politically-motivated prosecutions (against US personnel).

And this is precisely what it has done, conversely against those who the finger of Washington indicates. Why was Slobodan Milosevic illegally kidnapped (against the law of the Republic of Serbia and against the Federal law of the State of Yugoslavia), illegally detained without the necessary quorum of members of Parliament and taken to The Hague, where he died under custody without having been declared guilty in a judgement?

And today, why is the ICC considering initiating proceedings against the Democratic People's Republic of Korea (North) and not the Republic of Korea (South)? While the Prosecutor Luis Moreno-Ocampo decides whether some incidents amounted to war crimes, the international community should be informed of some truths.

On November 23, 2010 there was a shelling incident on Yeonpyeong Island, in which, lamentably, South Korean military and civilian personnel were killed. This incident was referred to in the international press, but not what preceded it. The joint military exercises, called Hoguk, held between the armed forces of South Korea and the USA, began the previous day, on which dozens of shells were fired by the South into the territorial waters of the North. The Democratic People's Republic complained and warned the South to stop. The provocation continued. Only when all attempts to negotiate were turned down by the South did the contained artillery barrage take place.

In the exclusive interview with Pravda.Ru (journalist Lisa Karpova) Alejandro Cao de Benos, Special Delegate, Committee for Cultural Relations with Foreign Countries, Government of the DPR Korea, President of the Korean Friendship Association (KFA) stated: "Since the ultra-conservative government of Lee Myung Bak took office, all inter-Korean agreements stopped. For serving the interests of the USA, he destroyed all progress and created the present tense situation that could lead to a new Korean war".

Earlier in the year, more precisely on March 26, the South Korean Pohang-class Corvette Cheonan (PCC-772) was sunk, allegedly by a torpedo. The UNSC has not yet identified the attacker, but the international press immediately pointed the finger predictably at the North.

However, Yonhap, the South Korean News Agency at the time declared the torpedo had "Chinese characters" (surely they know the difference between Chinese and Korean), it was marked by hand with a blue marker (nobody in their right mind would do that if they were going to commit an act of piracy) and it is the South Korean Armed Forces that use Chinese characters on some of their equipment, never the North. Independent investigation teams from Russia and the PR China concluded that the evidence that the attack was perpetrated by the North was unconvincing in the extreme, according to the same source.

Despite the fact that the ship was sunk near the borderline with North Korean waters, what would Pyongyang have gained from this? As Alejandro Cao de Benos pointed out, in so doing, the North would gain "Absolutely nothing. If DPRK attacked the ship, it will gain the hate from the South Korean people. In DPRK, the South Korean people are considered 'brothers', and although we have different social systems we wish and fight for the peaceful reunification respecting each others' ideas". 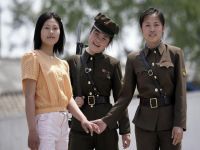 Furthermore, "In the case of Cheonan, DPRK was accused with a fake court, a fake case and
childish fabricated evidence. Not only that, but by denying the DPRK investigation team amounts to denying the presence of the accused in the court to explain itself".

So while there are two sides to every coin, why is it that the ICC acts as an instrument to defend the interests of the USA and its friends (when the USA itself has not even recognised its right to jurisdiction)?

And why cannot the IR Iran have a peaceful nuclear program, when the USA gave nuclear technology to Israel which in turn allegedly sits on up to 200 warheads in the Negev Desert, yet nobody cares to investigate. Why?

Two weights and two measures do not constitute international law. This has to arise from a carefully worded document which includes all signatory states of the UN Charter, all 192 of them, in which a single jurisdiction is created covering all persons and all states, setting fundamental and equal human rights for everybody, including every single child the same birthrights.

One of the greatest travesties of international justice is the ICC. In the case of the investigation against the DPR Korea, it is the onus of the prosecution to provide irrefutable evidence, which it has not been able to do. Until such time as it does, the verdict under the precepts of international law is not guilty.

The problem is the DPRK has already been tried and found guilty in public, by a gaggle of guttersnipes intent on denigrating the image of Pyongyang. In any proper court of law, the case would be declared void before it started, due to unreasonable interference with any due process.

To finish, how many of those who sneer at the North because of its food shortages and state that the Democratic Republic cannot feed itself, bother to point out that the North has the most inhospitable mountainous infertile terrain in the region, while the South has the fertile plains?

Photos: Where does the international press show North Koreans smiling and laughing?