Wikileaks and Washington: So what?

So, Washington has been caught with its pants down again, making snide remarks about foreign leaders, funding terrorist organizations, committing acts of skulduggery, doing the opposite of what it preaches, violating international law...just a normal day's business in DC. So what's the big deal? 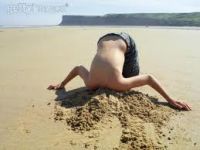 What exactly is coming out of Wikileaks, nobody knows yet. It is said to be so embarrassing, potentially, that the State Department has already called all its Embassies and has launched a damage-limiting campaign. "Look guys, this type of thing may come out, the comments were made in this type of context... OK we called your Prime Minister an ...hole"... and Hillary Clinton stepped off an aircraft in the Balkans in the middle of a war zone. No really.

Whatever does come out of it, the international media has two choices: pander to the whim to sell copies and make a fast buck out of bombastic headlines of the type "Bush calls Blair a bastard" or else take a step back and think carefully before engaging in a spate of gratuitous Washington-bashing, however much DC deserves it.

True, Washington has done precious little over the years to endear itself to the international community. During the Soviet era we had decades of insolence, sabotage, belligerent stances, funding of terrorist groups, support for fascist dictatorships, repression against human rights, the asphyxiation of free trading principles through the implementation of tariffs and subsidies, assassination attempts against political figures...

After the Soviet era we had NATO's lies that it would not expand eastwards, we had the shocking case of interference in the Balkans, the illegal bombing of Serbia, the support for the Albanian mafia state of Kosovo, the support for the murderous regime in Tbilisi, we had the disrespect for the UN, the breach of international law with the invasion of Iraq, bombings and strafings of wedding parties in Afghanistan, paying off the Sunni militia not to attack, paying off the Taleban to accompany the convoys, concentration camps, torture, sodomy...all in a good day's work for Washington and its foreign policy.

Yet like it or not, Washington and the USA are a huge part of the international economy and therefore, the international community and at a time when this wonderful global economic system is creaking towards breaking point, and with nothing yet to replace it, however appetising it might feel to make the most of Washington's arrogance and rub its face in the mud of its own making, now is not the right time.

It is not the right time because the people of the United States of America elected an intelligent, educated and forward-thinking President who is more interested in building bridges than bombing them, he is the President who can bring the USA back into the fold, back into the welcoming arms and hearts and minds of the international community.

We can continue to harp on about the past or we can turn the page of history and start over. And the pages of history of no country are without blemish.

True, Wikileaks acts as a democratic instrument which will make governments the more accountable. This belongs to and is welcomed by the 21st century, whereas many of Washington's deeds did not and are not.

However embarrassing it turns out to be, one should remember that what will be revealed will be the writings of individuals, working for the State, not the United States of America itself. How many people do not, in private, have a remark to make even about their best friend sometimes?

True, those involved in diplomacy should be more professional. True, what Wikileaks reveals could have, and probably was, said not only by Washington's employees but by those of most members of the international community.

However this is not the right moment for gratuitous Washington-bashing. At a time when the international community and economy need to pull together, it is time to mend fences, build bridges and welcome the new posture of President Obama, overwhelmingly elected by the people of the United States of America.

The reply would be: "OK we said the same things about you guys behind closed doors".