November 25 was chosen by the 54th session of the UN General Assembly in December 1999 as International Day for the Elimination of Violence Against Women, paying homage to the three Mirabal sisters who were murdered for their political opinions in the Dominican Republic on this date in 1960. 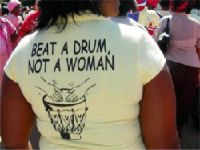 The three Mirabal sisters were known as "The Unfortunate Butterflies" and became a symbol of the fight against gender-based violence in Latin America. This date was chosen to celebrate their lives and to launch the cause for the fight against gender violence, which includes violence against women, transsexuals and all those persons who choose to live their gender in a non hetero-normative way.

Gender-based violence, one can say, has reached pandemic proportions. One in three women have experienced some sort of violence, in most cases by people known to the victim. All too often, biased legal systems exonerate the perpetrators and render the victim helpless and powerless.

The home is not a safe haven for the victim because far from being a place of refuge, it is the scene of violence behind closed doors, where the rest of society cannot see and it is often regarded as a private matter or a "normal part of life" by legal systems and authorities.

The WHO Multi-Country Study on Women's Health and Domestic Violence against Women, 2005, found that worldwide, domestic gender-based violence affects between ten and 50 per cent of women in all societies, with a third of women globally reporting to have been victims of violence. 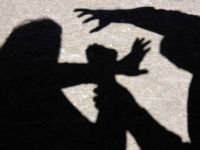 The list goes on and on and on. Between 55 and 90% of women who have experienced violence say they do not know what to do, where to go or who to turn to. The first step must therefore be to make this information readily available, the second step being for the international community as a whole to recognise women's rights and the rights of those who wish to live their sexuality or gender as they wish, including and implement legislation which treats everyone as an equal with equal rights and protection.

It is also fundamental that those cowards who engage in violence against whom they perceive to be weaker than themselves realise that their acts have consequences and realise that their partner has the right to approach the authorities for help, and knows that these in turn will not turn a blind eye, but will physically remove the perpetrator from the home before starting criminal proceedings. 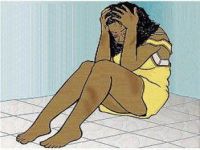 It is totally unacceptable that billions of women around the world suffer this outrage in silence without anyone to turn to, without access to a shelter or to a support group. It should be the duty of every member of humankind to make sure that this barbarity ends once and for all and an important first step would be to find out where the nearest support is, and publicise it. And if there isn't a community-based support group, then how about setting one up?